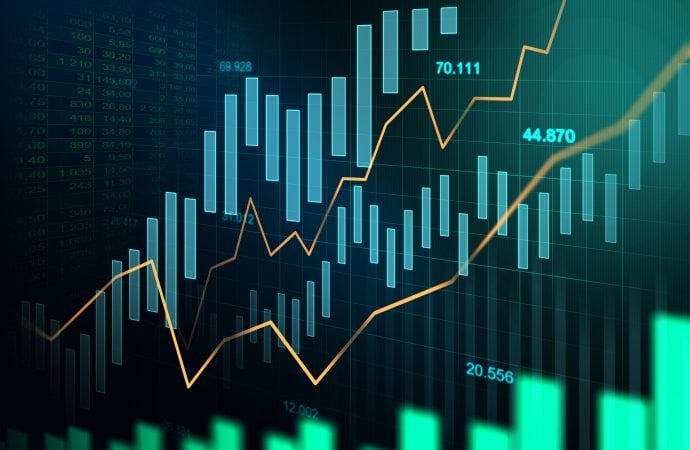 Traders were greeted with further euro softness on Monday against a broadly stronger US dollar. EUR/USD touched levels not seen since May 2020—note EUR/CHF also dipped under parity (1.0000) for the first time since 2015.

Technically speaking, underperformance in EUR/USD is not a surprise. Recent research acknowledged the following about the weekly timeframe’s technical position:

According to trend, a downside bias has been in play since topping at $1.2350 at the beginning of January (2021) on the weekly timeframe. This is reinforced by a weekly trendline support breach, drawn from the low $1.0636, together with the break of the $1.1602 November 2020 low (circled) and the retest of weekly resistance at $1.1473-1.1583. Continued interest to the downside brings attention to as far south as Quasimodo support at $1.0778—area not seen since pandemic lows of March 2020.

In terms of the daily timeframe’s landscape, Monday shook hands with a decision point at $1.0788-1.0854 (extended from May 2020). This followed Friday overthrowing support at $1.0941-1.1000, an area now stationed as possible resistance. Momentum studies, according to the relative strength index (RSI), reveals oversold conditions ahead of indicator support at 21.87. However, it should be pointed out that the RSI can remain within oversold for prolonged periods amid a downtrend.

Weekly Quasimodo support at $1.0778, together with H1 Quasimodo supports between $1.0784 and $1.0793 as well as H4 prime support from $1.0785-1.0820, delivers an area of support deserving of the watchlist. Furthermore, noted supports are positioned under $1.08 on the H1. It’s common to witness price whipsaw psychological levels and rebound from support showing healthy confluence.

With the above in mind, this may also fuel further resistance from $1.09.

Monday observed the Australian dollar reverse earlier upside against the US dollar, in conjunction with a pullback witnessed in the commodity space. Unsurprisingly, geopolitics remain the main driver of market movement.

The weekly timeframe’s prime support area at $0.6968-0.7242 recently watched buyers gain power, though despite recording a fifth consecutive week in the green, bulls have yet to crosswords with weekly resistance at $0.7501.

With respect to trend, the outlook remains largely unchanged:

Longer term—the monthly timeframe—has portrayed a downtrend since August 2011, suggesting the 12.6 percent correction from mid-Feb tops at $0.8007 (2021) on the weekly timeframe might be the start of a bearish phase and not a dip-buying correction from the 2021 advance from pandemic lows of $0.5506. This (despite recent upside) places a question mark on weekly prime support. If a break lower should come to pass, weekly support at $0.6673 and a 50% retracement at $0.6764 are observable.

Meanwhile out of the daily timeframe, movement faded trendline resistance on Monday, drawn from the high $0.8007. Snapping a three-day bullish phase, the currency pair reconnected with the 200-day simple moving average at $0.7320 (positioned just above trendline resistance-turned support, drawn from the high $0.7891). An additional technical observation is the double-bottom pattern ($0.6991). You will note price has dethroned the pattern’s neckline ($0.7314), with the pattern shining light on a profit objective coming in at $0.7660.

Alongside H4 Fibonacci resistance, the H1 timeframe’s trendline support-turned resistance (etched from the low $0.7095) entered the fight on Monday. As you can see, a clear ‘bull trap’ formed above neighbouring $0.74 psychological resistance. Moving forward, another trendline support (also taken from the $0.7095 low) was engulfed and has perhaps set the stage to drop in on $0.73.

USD/JPY bulls took the wheel on Monday, underpinned amid higher US Treasury yields and robust demand for commodities.

Chart studies concerning higher timeframes remain unchanged from last week’s analysis. Nevertheless, the following text from weekly and daily timeframes may help serve as a reminder of where we currently stand:

The daily chart has been in the process of chalking up an ascending triangle pattern (typically considered a continuation arrangement) since December 2021 between Quasimodo resistance at ¥116.33 and an ascending line drawn from the low ¥112.53. Toppling ¥116.33 would allow analysts to chart a pattern profit objective by extending the ‘base’ distance (blue vertical box) from the breakout point. Withdrawing under the ascending line would seat supply-turned demand from ¥112.66-112.07 in the picture. Not only is the area in the company of a 78.6% Fibonacci retracement at ¥112.00 and a 50% retracement from ¥112.55, technicians will acknowledge the widely watched 200-day simple moving average housed within the zone at ¥112.42. Note that the relative strength index (RSI) is also rebounding from support between 40.00 and 50.00 (a ‘temporary’ oversold range since 10th May—common view in trending markets).

H4 range resistance at ¥115.78 will likely be on the watchlists of many traders this week, a barrier benefitting from two neighbouring Quasimodo resistances on the H1 at ¥115.75 and ¥115.69.

¥115 is also likely to be watched support, though unfortunately accommodates limited technical confluence on the H1 chart.

Demand for the safe-haven dollar on Monday led GBP/USD to levels not seen since November 2020. Sellers remaining on the ropes has price action on the doorstep of the weekly timeframe’s double-top [$1.4241] profit objective at $1.3090. The daily timeframe, shaped by way of three back-to-back near-full-bodied bearish candles, is also within reach of a Quasimodo resistance-turned support at $1.3082.

Following Friday’s retest of channel support-turned resistance, drawn from the low $1.3358, Monday subsequently dropped through $1.3173 (now resistance) to test support between $1.3079 and $1.3120. As for the H1 timeframe, the unit trades within touching distance of $1.31 after an earlier rejection from the underside of $1.32.

Consequently, from a technical perspective, sellers have their work cut out for them if they intend on absorbing the aforementioned support levels.