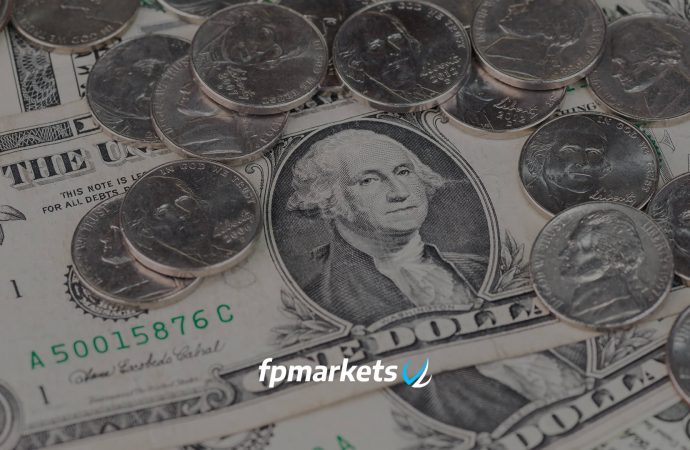 Supply coming in at 1.1117/1.1078, which intersects with the 200-day SMA, put up little fight Monday, exposing familiar supply at 1.1281/1.1208, which entered view Tuesday. Wednesday, nevertheless, observed a rotation to the downside, snapping a four-day winning streak and drawing the candles back to 1.1117/1.1078, specifically the 200-day SMA, currently circulating around 1.1097. Thursday followed through with a stronger-than-expected rotation higher, in line with monthly direction, consequently lifting price deeper within current supply.

The greenback was hit Thursday with the US dollar index falling beneath 97.00 as the 10-year Treasury yield tunnelled beneath 1% to print a fresh record low of 0.8990%. The single currency performed well, adding 100 points, or 0.93%.

The sequence of higher highs/lows fuelled a move through orders at 1.12 yesterday, settling the day a touch south of supply coming in at 1.1268/1.1255. Traders will also want to note the RSI indicator is seen testing overbought levels.

H4 supply at 1.1294/1.1271 could be in for some action today. Its an incredibly well-placed zone – see above in bold. However, the pullback from here may be tainted by monthly price eyeing higher levels, with 1.1239 likely to develop support.

What’s also appealing regarding the current H4 supply is buy-stop liquidity above 1.1239 and H1 supply mentioned above at 1.1268/1.1255, as well as both the daily and H1 timeframes showing overbought conditions, in terms of RSI readings.

Demand at 0.6358/0.6839 remains in the fight, with price attempting to bottom within its lower boundary. An eventual break of the said demand zone has another layer of demand close by at 0.6094/0.5866, while a recovery could eventually lead to trendline support-turned resistance (0.4776) making an appearance, followed by supply at 0.8303/0.8082.

Supply at 1.6585/1.6625 remains in the spotlight, despite having its upper edge challenged a number of times this week.

A break of channel support is required here to ignite conviction to the downside, while gravitating higher could lead to supply at 0.6695/0.6677 making an entrance.

With the above in mind, we appear to be heading for a retest of the current supply. Holding off here has demand at 0.6511/0.6542 to target.

Thursday snapped a three-day winning streak amid global risk aversion, drilling through the lower boundary of a rising wedge pattern (0.6577/0.6614), and dipping a toe in waters south of 0.66, before mildly paring losses into the close.

H4 price holds at supply, with price penetrating the lower boundary of a nearby channel support.

Limited resistance, aside from the possibility of yesterday’s high at 0.6636 holding, exists on the H1 until reaching resistance at 0.6650.

On account of the above, pressure from monthly demand, and the recent break of daily supply, could see 0.6650 enter play today on H1, taking the H4 candles toward the upper limit of its current supply.

Broad USD weakness Thursday, weighed by waning US Treasuries scoring all-time lows, as well as global equities plummeting, directed USD/JPY through 106.50 to 106 in recent trade. 106.50, as can be seen from the chart, offered resistance shortly after giving way as support.

Before buyers step in from daily demand, we could whipsaw through 106, tripping sell-stop liquidity, and bring in H4 buyers from demand at 105.64/105.89.

106.50 represents initial resistance, followed by the underside of daily demand-turned supply at 106.60.

Demand formed at 1.2649/1.2799 entered view at the beginning of the week, fading YTD lows at 1.2725. Traders will note this area held price higher on two occasions, once in October and again in November (2019), and has, this week, produced three successive bullish candles out of its base, poised to grip a local trendline resistance (1.3514), with supply seen at 1.3303/1.3184 in the event we travel higher.

The 200-day SMA also resides within the current demand zone, circulating around 1.2698.

Sterling was largely a dollar story Thursday, overpowering 1.29 and retesting the latter as support in early US trade. 1.2950 nudged into view in recent hours, reinforced by a 78.6% Fib retracement at 1.2953.

Daily price approaching trendline resistance may sway traders from attempting to print another bullish close today. Instead, we may see indecisive action unfold, shaped by way of a doji indecision candle. This could draw sellers out of H1 supply at 1.2998/1.2981 today, albeit with the possibility of a fakeout to 1.30. Interestingly, H4 supply resides a touch above 1.30 at 1.3023/1.3006. 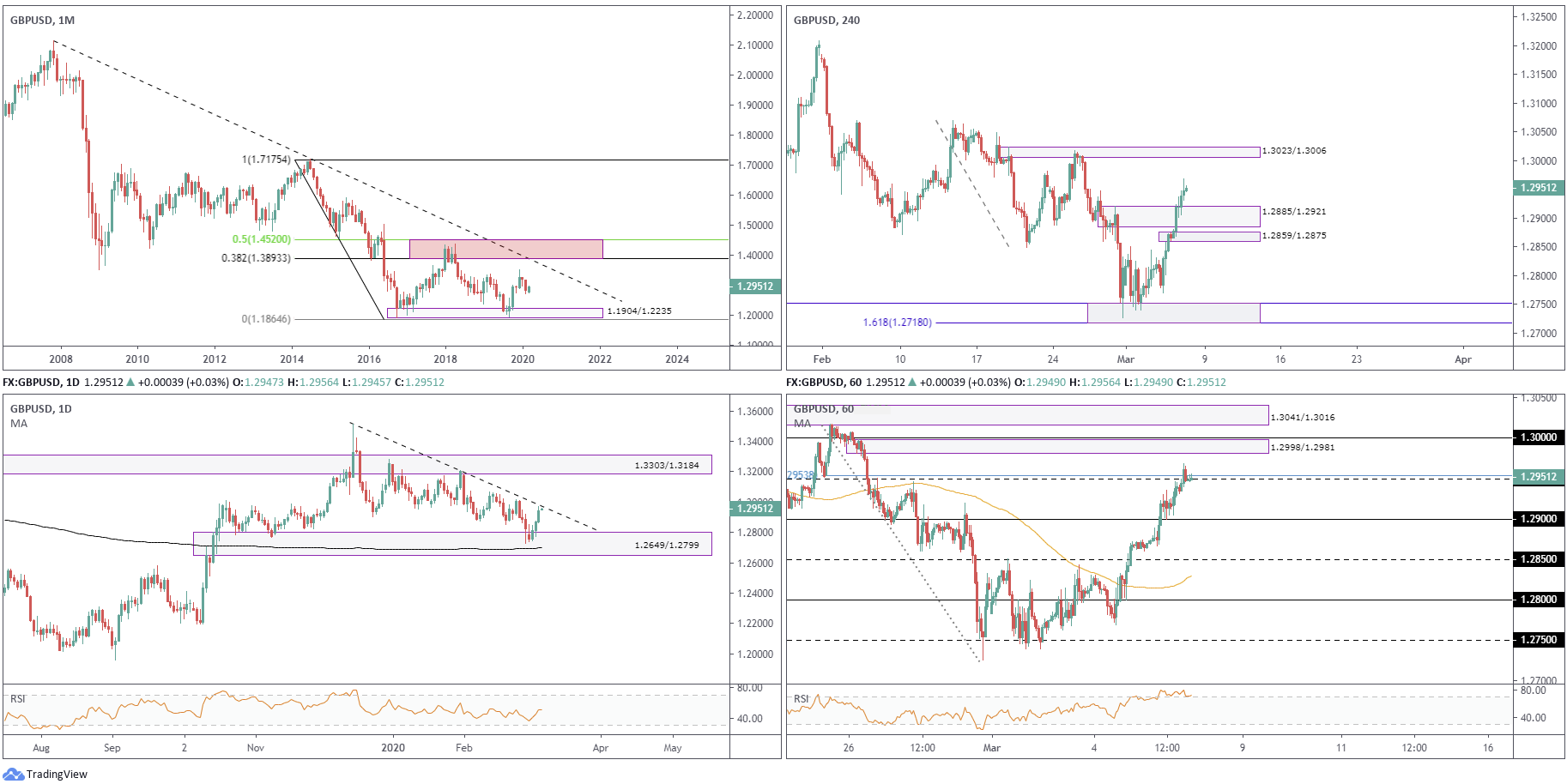