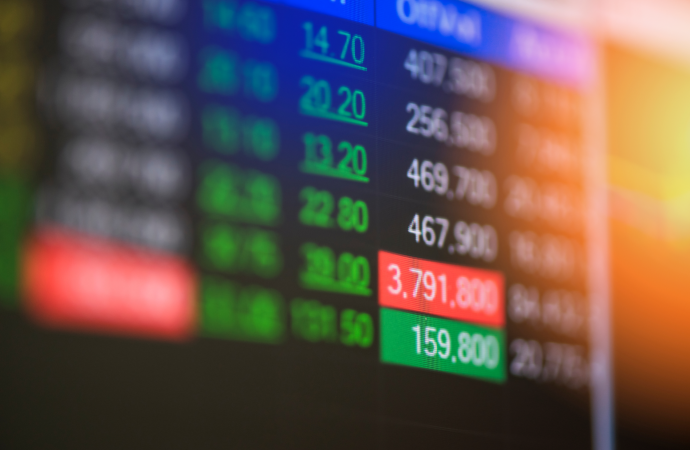 The ongoing downfall in EUR/USD had Wednesday touch levels not seen since May 2020. Many analysts forecast further underperformance, leaning to a possible test of the $1.10 psychological figure. The US Dollar Index (USDX) further flexed its financial muscle and refreshed its YTD high at 97.83. In terms of US economic data, Wednesday welcomed latest ADP employment figures which registered an increase in jobs by 475,000 from January to February.

The technical landscape has buyers and sellers squaring off around $1.11, despite dipping to lows just ahead of H1 Quasimodo resistance-turned support at $1.1046 (drawn from 30th March 2020). Also a talking point on the H1 scale is newly formed resistance between $1.1153 and $1.1142 (composed of a 38.2% Fibonacci retracement ratio, a 50% retracement ratio, a local ascending support-turned resistance [drawn from the low $1.1106], and Quasimodo support-turned resistance).

Analysis on the H4 timeframe has price defending Quasimodo resistance-turned support at $1.1089 and channel support, extended from the low $1.1280. This, coupled with sell-stops taken beneath $1.11 (stop-run), is likely one of the reasons behind buyers attempting to make an entrance. According to the H4, further outperformance swings the technical pendulum in favour of reaching channel resistance, drawn from the high $1.1495.

Against the backdrop of short-term flow, however, the higher timeframes reflect a bearish environment. Previous analysis aired the following on the bigger picture (italics):

Technically, according to trend, a downside bias has been in play since topping at $1.2350 at the beginning of January (2021) on the weekly timeframe. This is reinforced by a weekly trendline support breach, drawn from the low $1.0636, together with the break of the $1.1602 November 2020 low (circled) and the retest of weekly resistance at $1.1473-1.1583. Continued interest to the downside brings attention to as far south as Quasimodo support at $1.0778—area not seen since pandemic lows of March 2020.

Focus is centred on $1.11 and H1 resistance from $1.1153-1.1142. Should H1 hold above $1.11 but fail to overthrow the noted resistance area, this suggests bullish forces from H4 support around $1.1089 are perhaps unstable. This is in line with higher timeframe studies; therefore, a bearish scenario could unfold at $1.1153-1.1142. Climbing above the latter, on the other hand, signals a deeper pullback to $1.12 and may be viewed as a bullish breakout scene north of H1 resistance to the said round number.

The Australian dollar caught a late bid on Wednesday, guiding AUD/USD to a fresh weekly pinnacle on the back of upbeat risk sentiment.

A top-down technical approach has the currency pair making its way out of weekly prime support at $0.6968-0.7242, on track to pencil in a fifth consecutive week in the green. Recent technical reports noted the following (italics):

Longer term—the monthly timeframe—has portrayed a downtrend since August 2011, suggesting the 12.6 percent correction from mid-Feb tops at $0.8007 (2021) on the weekly timeframe might be the start of a bearish phase and not a dip-buying correction from the 2021 advance from pandemic lows of $0.5506. This clearly places a question mark on weekly prime support. If a break lower should come to pass, weekly support at $0.6673 and a 50% retracement at $0.6764 are visible. Though should buyers strengthen their grip, resistance calls for attention at $0.7501.

Meanwhile on the daily timeframe, movement is now within reach of trendline resistance, drawn from the high $0.7891, a descending line benefiting from the 200-day simple moving average at $0.7326 (note that moving averages can [and often do] serve as dynamic support and resistance). Overpowering the aforesaid resistances casts light on another trendline resistance, taken from the high $0.8007. An additional technical observation shows the relative strength index (RSI) pushed above indicator resistance at 58.43, a move that underlines positive momentum on this timeframe.

From the H4 timeframe, AUD/USD bulls stepped over resistance at $0.7276 (now support) on Wednesday and directed focus towards a decision point from $0.7368-0.7343. Alongside this, the H1 timeframe has price action attempting to muscle its way above $0.73, which could set the technical stage for an approach to resistance at $0.7329.

While weekly, H4 and H1 timeframes show scope for higher prices, daily trendline resistance and the neighbouring 200-day simple moving average at $0.7326 may weigh on upside attempts. In fact, a H1 whipsaw above $0.73 that brings in H1 resistance at $0.7329 and the 200-day simple moving average could prompt larger sellers to fade breakout (buy-stop) momentum above $0.73.

Upbeat risk sentiment undermining demand for the safe-haven Japanese yen led USD/JPY higher on Wednesday, placing the currency pair in positive territory on the week. This questions the authority of the weekly timeframe’s 1.272% Fibonacci projection at ¥116.09, but simultaneously underpins the strength of the current uptrend.

Those who read recent analysis may recall the following text (italics):

Regarding the daily timeframe’s technical structure, we’re unchanged for now. The following text, nevertheless, serves well as a reminder of where we stand currently (italics):

The daily chart has been in the process of chalking up an ascending triangle pattern (typically considered a continuation arrangement) since December 2021 between Quasimodo resistance at ¥116.33 and an ascending line drawn from the low ¥112.53. Toppling ¥116.33 would allow analysts to chart a pattern profit objective by extending the ‘base’ distance (blue vertical box) from the breakout point. Withdrawing under the ascending line would seat supply-turned demand from ¥112.66-112.07 in the picture. Not only is the area in the company of a 78.6% Fibonacci retracement at ¥112.00 and a 50% retracement from ¥112.55, technicians will acknowledge the widely watched 200-day simple moving average housed within the lower limit of the zone at ¥112.33. Note that the relative strength index (RSI) is also rebounding from support between 40.00 and 50.00 (a ‘temporary’ oversold range since 10th May—common view in trending markets).

On the H4 timeframe, the recent bid has thrown the possibility of another H4 AB=CD bearish formation (blue arrows to the upside) in the mix at around ¥116.07, which happens to merge closely with trendline support-turned resistance, drawn from the low ¥113.47, and daily Quasimodo resistance at ¥116.33 as well as the weekly timeframe’s 1.272% Fibonacci projection at ¥116.09. What’s also technically relevant is the H1 timeframe showing the ¥116 figure converging closely with the noted AB=CD configuration on the H4. However, in order for H1 to shake hands with the noted psychological level, a break of H1 Quasimodo resistance at ¥115.75 must be seen (a level capping upside since 25th February).

Resistance between ¥116.33 (daily Quasimodo resistance) and ¥116.09 (Weekly Fibonacci resistance) is key at the moment, sharing chart space with a H4 AB=CD bearish formation (blue arrows to the upside) at around ¥116.07, which happens to merge closely with H4 trendline support-turned resistance, drawn from the low ¥113.47 and the ¥116 figure on the H1.

The British pound finished Wednesday higher against the US dollar as traders ditched safe-haven assets in favour of risk. Daily support has been centre of (technical) attention this week at $1.3355 with neither side of the market committing at the moment. Territory beneath current support has daily Quasimodo support at $1.3119 to target.

Recent technical writing also had the following to note (italics):

The daily support at $1.3119 connects with the weekly timeframe’s double-top pattern’s ($1.4241) profit objective at $1.3090. In terms of momentum, the relative strength index (RSI) on the daily chart shows the value continues to operate south of its 50.00 centreline, informing traders average losses are exceeding average gains.

And regarding trend, we remain unchanged in our outlook (italics):