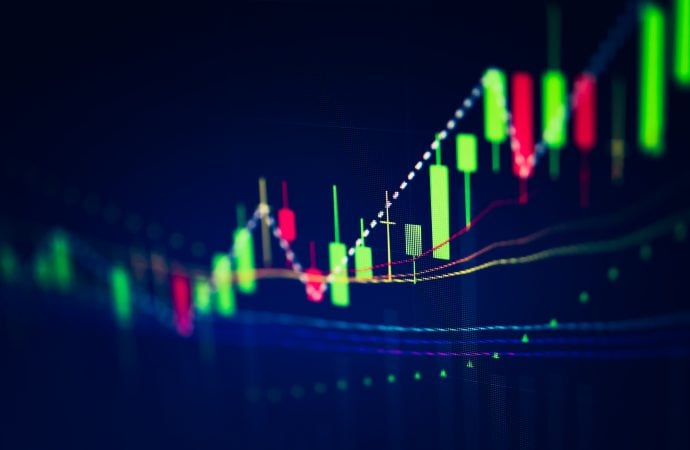 The technical view from the RSI reveals the value treading water a touch under the 50.00 centreline, with resistance parked relatively nearby at 60.30.

Tuesday’s bullish showing, as you can see, shifted technical interest to trendline support-turned resistance, an ascending line drawn from the low 1.1952.

1.20, as expected, proved an effective level of support, withstanding a modest downside attempt during the early hours of London on Tuesday. Thanks to the reasonably forceful advance, price elbowed to within striking distance of the 1.21 figure, accompanied by the 100-period simple moving average, currently circling 1.2108.

The RSI, following an earlier bounce from oversold terrain, made its way into overbought territory in recent hours, consequently shining light on resistance at 78.97.

The rebound from daily demand at 1.1923/1.2001 is interesting and may command further buying today.

However, shorter-term action recently unearthed 1.21 resistance on the H1 scale, along with the 100-period simple moving average, and H4 trendline resistance. As a result, sellers could make an entrance from the 1.21 region today and attempt to hold back daily buyers. This may also have H1 and H4 sellers seek bearish candlestick confirmation before pulling the trigger.

Holding back selling interest from the monthly timeframe’s bearish candlestick formation is daily trendline support, taken from the low 0.5506.

As you can see, this week has chalked up two bac-to-back bullish candles off the trendline support, threatening a possible retest of supply from 0.8045/0.7985.

Tuesday’s outperformance hauled AUD/USD above resistance at 0.7805 (now a serving support level), bolstered on the back of renewed USD softness.

US traders toppled the 0.78 figure yesterday, unlocking the gates for a test of the 100-period simple moving average at 0.7826.

Scope for further outperformance is seen on the H1 scale. Aside from 0.7850 resistance, a run towards the 0.79 figure is possible. Traders may also note that to the left of price action (yellow), supply is relatively thin.

The technical picture out of the RSI shows the value touched overbought levels and is currently seen mildly topping. Downside from this point could have the indicator unite with trendline support around the 55.00 neighbourhood.

Although any bearish scenario trades in line with the monthly timeframe’s candlestick pattern, traders must still acknowledge we have been trending higher since early 2020 and recently staged a modest comeback off daily trendline support.

Amid Tuesday’s risk-off trading and broad softening of the US dollar, a 106.33/105.78 retest could take shape.

Support at 106.11 resides as the next possible downside objective, having seen limited demand to the left of price.

As evident from the H1 scale this morning, we can see price hit the brakes and turned just south of the 107 figure on Tuesday. Consequently, we’re now within a stone’s throw from shaking hands with 106.50 support—a level intersecting with trendline support, taken from the low 104.92, and the 100-period simple moving average.

Either 106.50 will be an area buyers welcome, or a base sellers overthrow to suggest moves towards the 106 region.

In terms of where we stand on the RSI indicator, the value currently tracks terrain south of the 50.00 centreline, implying a visit to oversold conditions is on the menu today.

Stops taken above daily supply from 106.33/105.78, followed by a subsequent test of daily supply at 107.58/106.85 and the recent formation of a shooting star, could be movement sellers draw to. This would, of course, go against monthly buying towards descending resistance.

Short-term charts suggest a possible dip to deeper water, in line with the daily scale, testing at least the 106.50 support on the H1. However, a break through here may fuel additional selling towards the 106 figure (fixed within daily demand at 106.33/105.78).

Recent flow forged a bottom a whisker north of support drawn from 1.3852, accompanied by a neighbouring 61.8% Fib level at 1.3824. Also technically noteworthy is demand pencilled in from 1.3761/1.3789 and trendline support-turned resistance, taken from the low 1.3566.

Confirmed by mild RSI bullish divergence, Quasimodo support at 1.3861 (plotted close by another Quasimodo support at 1.3847) made a show. Following price reclaiming 1.39+ status, the unit retested the latter as support heading into US hours and touched highs ahead of the widely watched 1.40 resistance, joined by a 100-period simple moving average at 1.3988.

Short-term action suggests price could visit 1.40 on the H1, reinforced by the 100-period simple moving average. Sellers may be drawn to this area, particularly after last week’s decisive retracement.