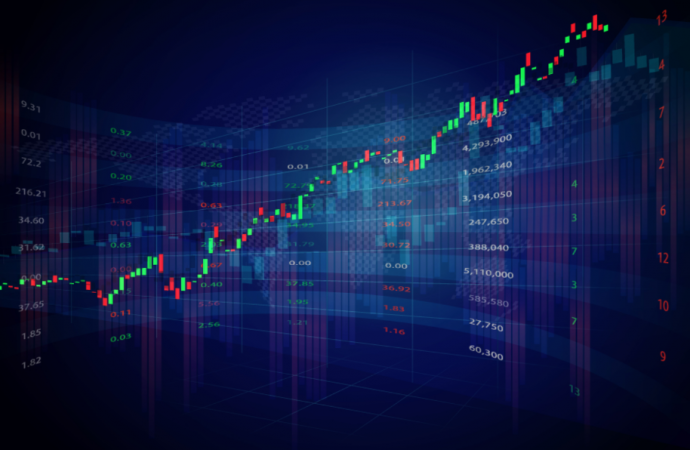 A decisive rebound from the aforesaid demand shifts attention back to the possibility of fresh 2021 peaks and a test of ascending resistance (prior support – 1.1641). Extending lower, on the other hand, shines the technical spotlight on trendline resistance-turned support, taken from the high 1.6038.

Monday, as you can see, put a cap on attempts to extend Friday’s recovery.

The combination of Quasimodo support at 1.1779 and the double-top pattern’s take-profit target at 1.1774 (yellow)—albeit providing a moderate floor in the latter part of last week—appears to be hanging by a thread.

Clearance of said supports shines the technical spotlight on demand from 1.1681/1.1725. Should buyers regain consciousness, resistance at 1.1818 and neighbouring trendline resistance, etched from the high 1.2242, could welcome price movement.

RSI action was reasonably content Monday, fluctuating around the lower side of the 50.00 centreline.

While the above could spark short-term selling, longer-term monthly demand at 1.1857/1.1352 remains in play. Therefore, assuming a sell-off ensues, a bullish scenario could form within the aforesaid H4 demand.

As March draws to an end, the pair trades lower by 0.9 percent, probing February’s lows. Should sellers take the reins going forward, demand is in view at 0.7029/0.6664 (prior supply).

Last week’s doji morning star pattern forming around 0.7563, as evident from the daily chart, failed to inspire buyers on Monday and resulted in a doji indecision candle taking shape.

Upstream, trendline support-turned resistance is visible, pencilled in from the low 0.5506.

Out of the RSI oscillator, the value left oversold space unchallenged last week and rotated higher to reclaim 40.00+ status.

Quasimodo support at 0.7592 made an entrance in the latter half of last week, prompting upside. Monday, as touched on above, left behind a muted tone around the 0.7650ish neighbourhood.

Failure to extend recovery gains could lead AUD/USD under 0.7592 to another layer of Quasimodo support at 0.7529.

Short-term action out of the H1 chart witnessed buyers and sellers square off around support at 0.7622, aided by the 100-period simple moving average.

The view from the RSI reveals the value elbowed beneath trendline support on Monday, drawn from the low 21.00. The indicator subsequently tested the reception around the 50.00 centreline.

From the monthly timeframe, chart studies point to a bearish narrative. On the other side of the field, the daily timeframe forming a doji morning star (a bullish candlestick pattern) unlocks the possibility of buying, despite Monday’s lacklustre performance.

In conjunction with the daily timeframe’s technical position, H4 exhibits scope to approach resistance from 0.7696/0.7715, and H1 holds off support at 0.7622 with room to take aim at 0.77. Note the big figure shares space with the H4 resistance, therefore should a short-term bullish phase materialise and reaches 0.77, bearish pressure could emerge.

Based on the RSI oscillator, the value continues to explore overbought space, threatening to challenge resistance at 83.02.

Monday had the currency pair bottom a pip north of support at 109.36, generating enough enthusiasm to take on supply at 110.08/109.54 (housing June tops at 109.85 [represents the head of the Quasimodo formation on the daily timeframe]).

Above the aforesaid supply brings light to daily supply underlined above at 110.94/110.29.

Trendline support, taken from the low 108.46, made an entrance heading into the early hours of Europe Monday. As you can see, this has thrown light on the 110 figure.

For the RSI oscillator, we can see the value hovering within touching distance of overbought space and trendline support-turned resistance, pencilled in from the low 33.14.

From the monthly timeframe, traders are likely expecting sellers to make an appearance. However, having seen room on the daily timeframe to reach for supply at 110.94/110.29, additional upside could still be in the offing.

Monday fashioned a clear-cut shooting star candle formation (bearish signal), as sterling ended the day on the backfoot against the US dollar.

Early London Monday observed price snap through 1.38 offers, likely tripping a truckload of buy-stops. This fuelled moves into offers around supply at 1.3851/1.3833, which held price and saw the unit reclaim 1.38 to the downside during US trading.

1.3750 support, along with the 100-period simple moving average, are next on tap to the downside, with subsequent selling to reignite interest in 1.37 and trendline resistance-turned support, taken from the high 1.4001.

Crossing below the 50.00 centreline on the RSI yesterday implies momentum could continue south, targeting the oversold area, joined by a trendline resistance-turned support, drawn from the peak 67.03.

Against the backdrop of lower timeframe action, yesterday’s daily shooting star has likely caught the eye of candlestick fans and could prompt downside movement, with daily Quasimodo support at 1.3609 targeted. This, of course, is also helped by the absence of support on the H4 until around 1.3650ish.