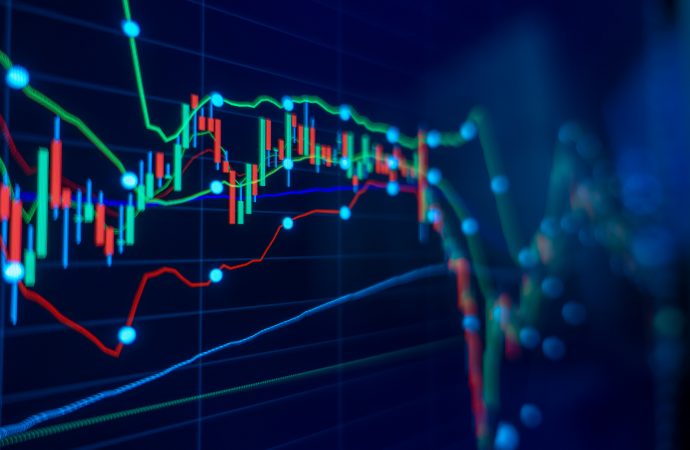 Europe’s single currency was overwhelmed on Tuesday, pressured lower against a broadly stronger US dollar as tensions between the Ukraine and Russia remains a primary driver of price movement. Global equities plunged and US Treasury yields fell through the floor. Notably, demand for safe-haven assets increased, including the US dollar. According to the US dollar index—the USDX—the buck rallied 0.8 percent against a basket of six foreign currencies, reaching a high of 97.58.

EUR/USD recorded its lowest level since mid-2020, with the ongoing downfall consistent with technical studies derived from higher timeframes.

For those who read previous technical writing you may recall the following points regarding the weekly timeframe (italics):

Technically, according to trend, a downside bias has been in play since topping at $1.2350 at the beginning of January (2021) on the weekly timeframe. This is reinforced by a weekly trendline support breach, drawn from the low $1.0636, together with the break of the $1.1602 November 2020 low (circled) and the retest of weekly resistance at $1.1473-1.1583. Continued interest to the downside brings attention to as far south as Quasimodo support at $1.0778—area not seen since pandemic lows of March 2020.

Although higher timeframes demonstrate scope to navigate deeper water, the H1 completing an AB=CD at $1.11, hardened by H4 supports (channel support and Quasimodo support), indicates a short-term pullback could emerge, targeting $1.1161 and the $1.12ish area on the H1.

Broad risk-off sentiment weighed on AUD/USD movement on Tuesday, though ‘downside damage’ was diminished on the back of higher commodity prices.

Latest technical developments shine the spotlight on daily resistance between $0.7328 and $0.7278 (made up of a 200-day simple moving average, trendline resistance [taken from the high $0.7891], and Quasimodo resistance). This, of course, is braced by the relative strength index (RSI) testing indicator resistance at 58.43, and trend studies. Should the RSI step below 50.00, action informing traders that average losses exceed average gains (negative momentum), this will help validate bearish forces at the noted daily resistance zone.

Below is text drawn from previous technical reports regarding higher timeframes (italics):

Technical observations from lower timeframes reveals price tested the mettle of the $0.7284 23rd February peak on Tuesday. Failing to gain enough steam to test $0.73, the currency pair is now on the verge of connecting with a H1 decision point from $0.7210-0.7222, arranged above $0.72.

Lacklustre demand from weekly prime support at $0.6968-0.7242 and daily action addressing resistance at $0.7238-0.7278 highlights a potential bearish scenario. What does this mean for a test of the H1 decision point at $0.7210-0.7222 and the $0.72 psychological level? A reaction from either structure is not out of the question, but given the current technical picture, any upside attempt is likely to be fragile. Therefore, should H1 structure enter the fight, and price drives lower, technical expectations suggest further weakness to H1 prime support at $0.7141-0.7155.

Despite USD/JPY recording lower levels, the higher timeframe technical picture remains unchanged. For those who read Tuesday’s technical briefing you may recall the following text (italics):

In the meantime, the daily chart has been in the process of chalking up an ascending triangle pattern (typically considered a continuation arrangement) since December 2021 between Quasimodo resistance at ¥116.33 and an ascending line drawn from the low ¥112.53. Toppling ¥116.33 would allow analysts to chart a pattern profit objective by extending the ‘base’ distance (blue vertical box) from the breakout point. Withdrawing under the ascending line, nevertheless, seats supply-turned demand from ¥112.66-112.07 in the picture. Not only is the area in the company of a 78.6% Fibonacci retracement at ¥112.00 and a 50% retracement from ¥112.55, technicians will acknowledge the widely watched 200-day simple moving average housed within the lower limit of the zone at ¥112.30.

Note the relative strength index (RSI) is also testing support between 40.00 and 50.00 (a ‘temporary’ oversold range since 10th May—common view in trending markets).

With higher timeframe structure reasonably far off, attention remains on short-term movement. H1 prime resistance at ¥115.13-115.02 is likely to be watched, providing traders a location to possibly fade any ¥115 whipsaw.

Sterling had the wind knocked out of it on Tuesday, dropping 0.7 percent versus the US dollar amidst risk-off conditions. Technical support from the daily timeframe at $1.3355, therefore, is once again under pressure, a move threatening the possibility of dropping in on daily Quasimodo support from $1.3119. Of note, the aforementioned support connects with the weekly timeframe’s double-top pattern’s ($1.4241) profit objective at $1.3090. In terms of momentum, the relative strength index (RSI) on the daily chart shows the value continues to operate south of its 50.00 centreline, informing traders average losses are exceeding average gains at the moment.

A closer reading of price action on the lower timeframes directs attention to H4 resistance at $1.3436—a Quasimodo support-turned resistance serving this market well since last Friday. As a result, we are on the doorstep of a H4 AB=CD formation at $1.3263. Joining the aforementioned level is H1 Quasimodo resistance-turned support coming in at $1.3271, fixed just under $1.33.

Daily support at $1.3355 is on the verge of surrendering position. With this being the case, H4 AB=CD structure at $1.3263 and the $1.33 figure (H1) might struggle to deliver support if challenged. Interested buyers at this area, therefore, will likely adopt a cautious stance and seek additional confirmation before committing to a bullish position.