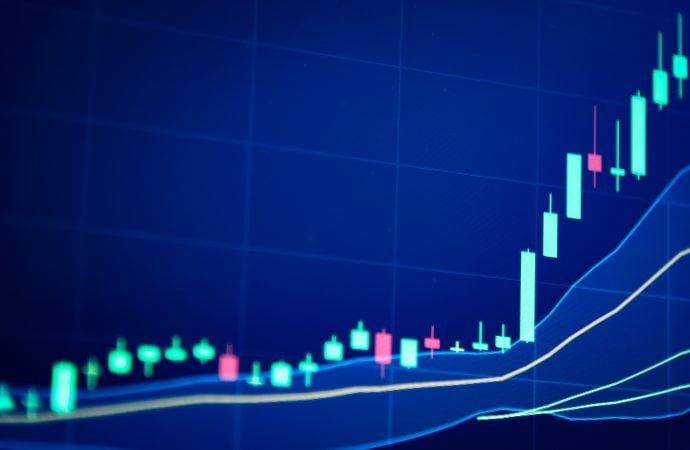 Upriver, technical action suggests March could reach for ascending resistance (prior support – 1.1641), while lower on the curve 1.1857/1.1352 represents demand

Thursday’s clear-cut shooting star pattern, in addition to Friday’s one-sided decline, had Monday increase downside and throw light on demand from 1.1923/1.2001, an area housing support at 1.1965 (a previous Quasimodo resistance).

The RSI wrapped up Monday south of the 50.00 centreline, following a near-test of resistance at 60.30 last week.

Technically on the H4 scale, limited support is seen below current demand, though the upper edge of daily demand is present around 1.1923/1.2001.

Demand from 1.2036/1.2053 (glued to the upper side of H4 demand at 1.2019/1.2037) had a rough day on Monday, having its lower side challenged a number of times, likely consuming stops beneath the zone. Potentially weakening the zone, we could have sellers make a play for the widely watched figure 1.20.

The RSI continued to bump heads with oversold territory on Friday, with support at 20.64 remaining in sight.

Despite Friday dipping a toe in waters beneath trendline support, taken from the low 0.5506, Monday had buyers hit back and reclaim a portion of last week’s 2 percent decline. Supply at 0.8045/0.7985 is seen as the next upside target on this scale.

Following an earlier recovery from support at 0.7724, the H1 candles have since consolidated just south of the 0.78 figure. Not only is this considered a widely watched psychological hurdle, the level brings Fib studies and an AB=CD bearish pattern to the table (black arrows).

The technical picture out of the RSI shows momentum climbing, entrenched within the parapets of an ascending channel. Note, the value also ended Monday marginally north of the 50.00 centreline.

Short term, the 0.78 figure on the H1, accompanied by Fib studies and an AB=CD bearish pattern, will likely attract bearish interest. It is also worth noting that H4 resistance merges with the H1 area at 0.7805.

Longer term, on the other hand, shows buyers may have some gas left in the tank from trendline support on the daily timeframe. Though in support of a bearish play is monthly price rejecting space just beneath trendline resistance and supply from 0.8303/0.8082.

In the shape of five successive bullish candles—movement that overthrew the 200-day simple moving average and supply from 106.33/105.78—price action is touching gloves with supply priced at 107.58/106.85. Any downside reaction from this base is likely to retest the recently engulfed supply at 106.33/105.78 (possible demand).

Resistance-turned support at 106.11 holding firm early Friday witnessed Monday cross swords with a Fib resistance cluster between 106.84 and 106.73 (green—shares space with the underside of daily supply at 107.58/106.85). Candlestick fans will also note the pair formed a shooting star pattern, generally viewed as a bearish signal at peaks.

Although the unit continues to print modest higher highs, the RSI indicator is fluctuating around the lower side of overbought space.

The stops taken above daily supply from 106.33/105.78, followed by a subsequent test of daily supply at 107.58/106.85, could be movement sellers draw to. This would, of course, go against monthly buying towards descending resistance.

Trendline support-turned resistance, extended from the low 1.3566, giving way on Friday paved the way for a test of demand from 1.3942/1.3900 (previous supply). As you can see, buyers and sellers continue to square off around the aforesaid demand zone, with sellers appearing to have the upper hand at the moment. This hints at a test of support from 1.3852, with additional downside bringing light to familiar demand at 1.3761/1.3789 (fixed north of daily support mentioned above at 1.3755).

The RSI oscillator, as you can see, made its way from oversold terrain on Friday and has been circling the 50.00 centreline since.