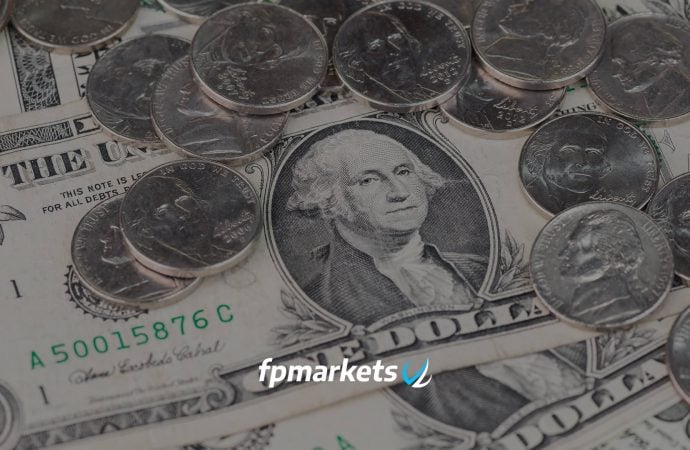 Further buying, however, has a supply zone parked at 1.1120/1.1076 in sight, intersecting with a 200-day SMA value, currently circulating around the 1.1083 neighbourhood.

Dollar selling bolstered EUR/USD demand Wednesday, after gleaning support off the 1.08 handle which converged with a channel support level (1.0636). US trade observed a 100-point gain, drawing the H1 candles towards highs just south of 1.09.

A break of the 1.09 handle today could see price explore ground to channel resistance (1.0827), and possibly to the key figure 1.10. In terms of the RSI indicator, we are seeing mild bearish divergence ahead of overbought territory.

As a result, sellers, at least temporarily, may have the upper hand off the 1.09 handle on the H4, with a run back to H1 channel support possible.

Recent movement, therefore, exposes the possibility of another layer of demand at 0.5219/0.5426 entering the fray. Further downside is also in line with the primary downtrend, lower since 2011.

Price action whipsawed through supply-turned demand at 0.5664/0.5798 and tested a well-grounded support level at 0.5563 in recent trade. Shaped in the form of a near-full-bodied bullish candle, AUD/USD upside unfolded Tuesday, closing in on a demand-turned supply base at 0.5926/0.6062, which contained downside (as demand) in October 2008.

Wednesday responded in the form of a half-hearted shooting star candlestick configuration – considered a bearish signal at peaks. Generally, shooting star patterns close at lows and display more of a candle body.

With reference to the RSI indicator, we trade off unparalleled oversold levels, with the value seen bottoming off 10.00, currently attempting to nudge above 30.00.

The Australian dollar found itself under modest pressure heading into London on Wednesday, after topping a few points south of supply seen at 0.6147/0.6078, garnished with Fibonacci studies around the 0.61ish region.

Downside recently eclipsed local trendline support, formed from decade lows at 0.5506. This signals a move towards 0.5690 could unfold, stationed within the walls of daily supply-turned demand at 0.5664/0.5798.

The fact we produced a daily bearish candlestick signal out of a demand-turned supply base at 0.5926/0.6062, along with H4 movement seen tunnelling through trendline support, bids are likely thin at 0.59, based on the H1 timeframe.

Therefore, assuming our chart studies are accurate, a H1 close beneath 0.59 and the 100-period SMA could be in store. This opens the floor to intraday selling towards 0.58, which not only brings with it reasonably attractive H1 confluence, it’s housed within daily supply-turned demand at 0.5664/0.5798.

As such, 0.58 not only denotes a downside target for short positions, it puts forward a relatively strong support zone which could contain downside.

Shaped in the form of back-to-back indecision candlestick patterns, price action on the daily timeframe is seen testing demand coming in at 110.10/109.52. This perhaps provides a basis for an approach to supply coming in at 112.64/112.10, an area that’s held price action lower on three occasions since March 2019.

Ascending triangles are typically viewed as continuation patterns, though breakouts to the downside also occur. It is, therefore, worth noting channel support and demand at 109.31/109.56, should a push lower materialise.

USD/JPY struggled to register firm direction Wednesday, as the US dollar index collapsed to lows of 100.84 and most major US indexes recorded reasonably firm gains.

Of late, H1 candles closed south of the 111 handle and approached its 100-period SMA. This is crucial, since filling sell-stop liquidity here could encourage further loss today, with 110 in view as logical support, having seen it hold since March 20th.

Intraday activity on the H1 timeframe toppling 111 suggests H4 action is likely to breach the lower boundary of the ascending triangle formation and perhaps overthrow H4 channel support. A downside move is further bolstered off monthly structure as well as room seen to move to 110.10 on the daily timeframe, the top edge of demand.

With price toying with lows not seen since the 1980s, the next observable support target on the monthly timeframe falls in around 1.1297, a 127.2% Fib ext. level.

The RSI indicator is seen turning higher from lows at 17.00, currently gaining a foothold above 30.00. The 200-day SMA has also begun turning lower after flattening since November 2019.

Since March 18th GBP/USD began constructing a consolidation with walls seen between 1.1881/1.1467, with price action testing the upper boundary yesterday, forming highs at 1.1972.

Early movement Wednesday observed H1 breach the upper boundary of an ascending triangle formation and shortly after put in a retest. Early Europe proceeded to mark highs at 1.1972, a touch short of supply drawn from 1.2045/1.1982 and merging channel resistance (1.1932) and round number 1.20.

Scope seen to post further declines on the monthly timeframe, coupled with daily and H4 price fading resistances, suggests the rally from 1.18 on the H1 timeframe may be short-lived.

However, continued bidding from 1.18 could shape a H1 ABCD approach (orange) to 1.2059, a touch above H1 supply at 1.2045/1.1982, which houses the widely watched key figure 1.20 and H1 channel resistance. This, therefore, is an area of resistance worthy of the watchlist should we pop higher.

A violation of 1.18, on the other hand, may establish a basis for an intraday move to 1.17, a clear area of support/resistance since March 23rd. 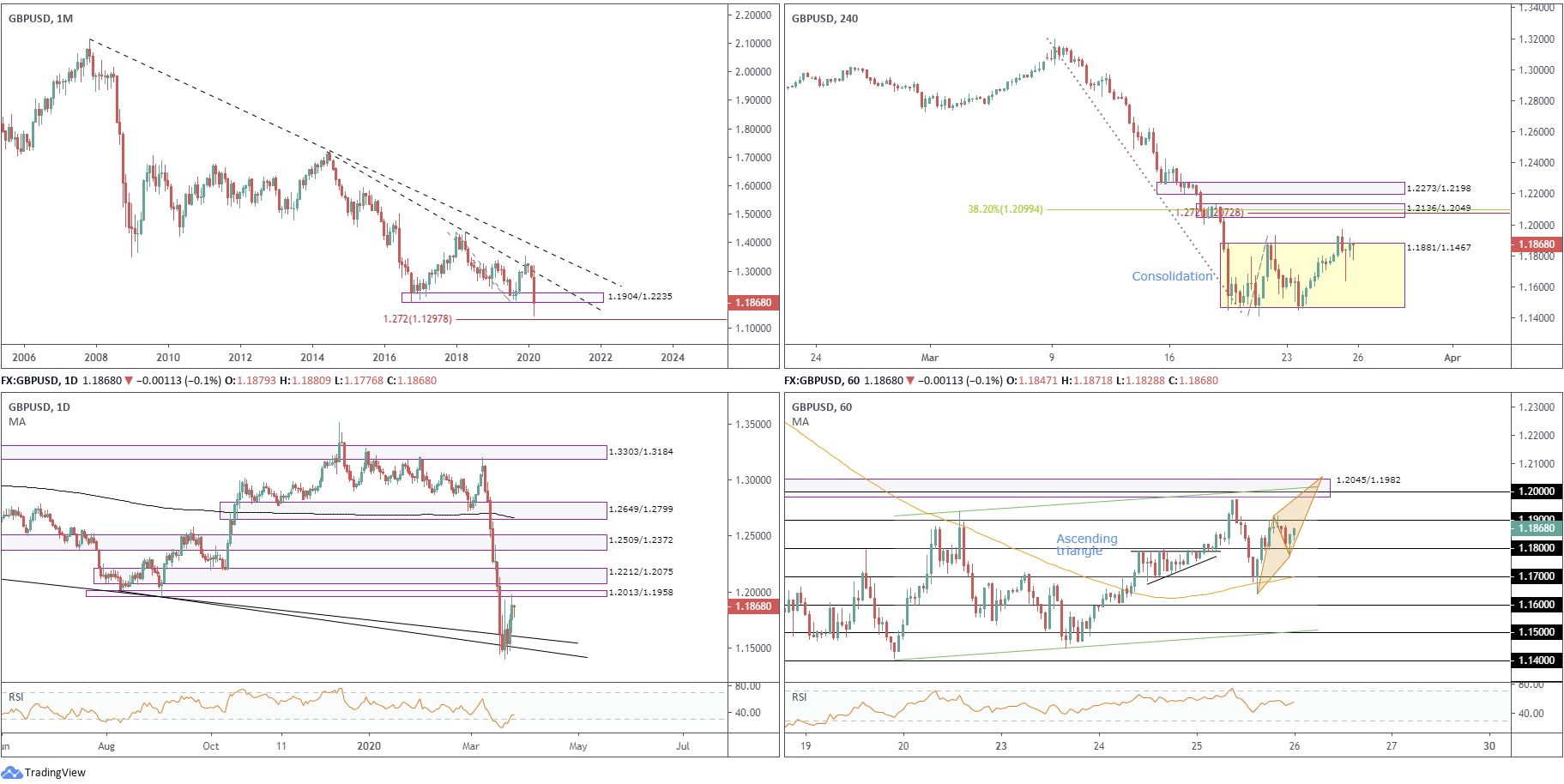