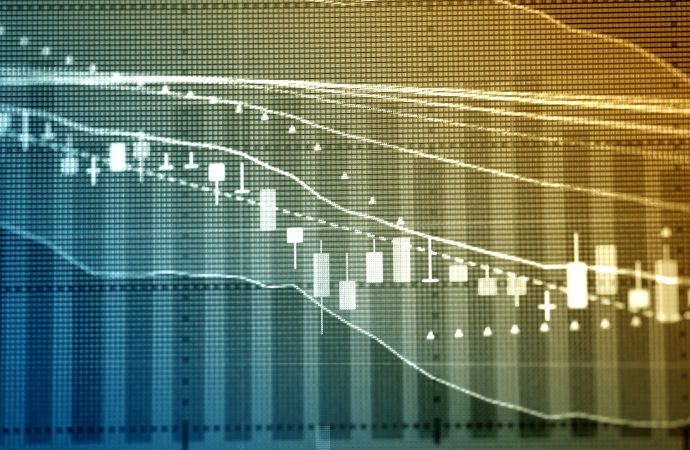 EUR/USD sellers remained at the wheel Wednesday as the US dollar index continued to climb, shaking hands with the 200-day simple moving average.

In terms of the RSI oscillator, trendline resistance remains unchallenged with the value now pursuing ground south of 40.00.

1.1850 resistance did a fine job holding back buyers early Wednesday. This led to subsequent weakness emerging through Quasimodo support pinned at 1.1844, a level later serving as resistance.

Follow-through downside has since developed during the US session, nudging the 1.18 big figure in sight, along with a 161.8% Fib level at 1.1796.

Though a bullish scenario from 1.1774/1.18 is somewhat reinforced by monthly demand at 1.1857/1.1352, buyers still face the possibility of daily selling below the 200-day simple moving average.

March, as you can probably see, trades lower by 1.5 percent, on course to rupture the lower limit of February’s range. Should sellers make a push, demand is in view at 0.7029/0.6664 (prior supply).

Should sellers take hold south of 0.7592, a retest of the level is a possible scenario.

Leaving the 50.00 centreline unchallenged on the RSI indicator, the value, as of writing, is within close range of retesting oversold terrain.

Each of the 4 timeframes indicate a bearish tone.

Following January’s bullish engulfing candle and February’s outperformance, March, up by 2.1 percent, is closing in on descending resistance, etched from the high 118.66. A spirited break of the latter swings the technical pendulum in favour of further upside.

Buyers and sellers continue to square off south of Quasimodo resistance from 109.38. Of particular interest is the Quasimodo formation fusing closely with the monthly timeframe’s descending resistance.

While the aforesaid Quasimodo cannot be disregarded, recognising that supply resides at 110.94/110.29 is important, as a run for stops above the Quasimodo head (blue arrow—109.85) could materialise.

Based on the RSI oscillator, the value exited overbought space, leaving resistance at 83.02 unchallenged.

As for the RSI indicator, the value is seen bouncing ahead of trendline support, currently trading around 53.00.

The pendulum swung in favour of buyers following December’s 2.5 percent advance, stirring major trendline resistance (2.1161). February followed through to the upside (1.7 percent) and refreshed 2021 highs at 1.4241, levels not seen since 2018. March currently trades lower by 1.7 percent, contained within February’s range.

Weighed by a bullish dollar, sterling slipped below support at 1.3755 Wednesday and shined the technical spotlight on Quasimodo support at 1.3609.

Interestingly, RSI flow recently took on support between 46.21 and 49.16, and is now seen pursuing territory south of 40.00.

Latest to come out of the H4 chart is a breach of 1.3730/1.3749 demand and a subsequent retest of the area to form supply. Holding beneath the newly formed demand-turned supply places the 127.2% Fib projection in sight at 1.3649, closely shadowed by Quasimodo support at 1.3611.

Despite reclaiming 1.37+ status on Wednesday, upside pressure flatlined heading into the US session and retreated back under the big figure. This, of course, reignites interest of support drawn from 1.3653, arranged just north of the 127.2% Fib projection at 1.3649.

What’s interesting from a technical standpoint is the RSI oscillator faded trendline resistance on Wednesday. The value is currently circling 36.00.