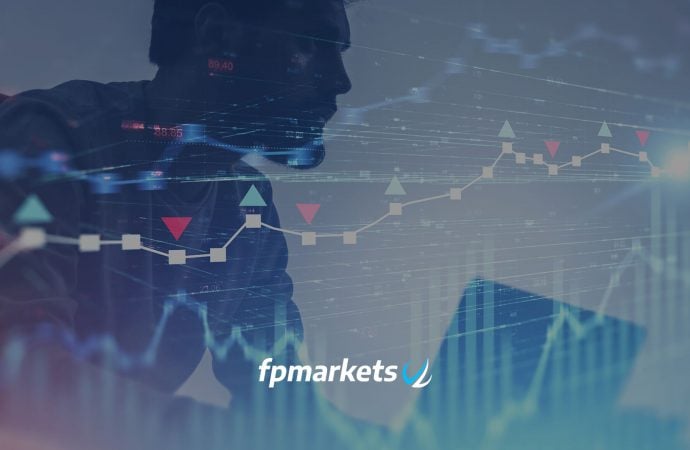 In the early stages of March, as you can see, the market manoeuvred the pair into demand-turned supply at 1.1857/1.1352. Leaving long-term trendline resistance (1.6038) unchallenged, however, price has reversed gains and burrowed back into demand mentioned above at 1.0488/1.0912.

A day after sterling suffered one of its most severe declines, GBP/USD extended losses against the buck for a third consecutive session, shattering sell-stops south of 1.0777 and bottoming a few points north of demand coming in at 1.0526/1.0638. This pressured the RSI momentum indicator to lower levels, with the value hovering north of its oversold point.

The 200-day SMA is beginning to shows signs of resuming downside after flattening since the beginning of March.

Technical developments on the H4 timeframe Thursday witnessed sellers clip a 161.8% Fib ext. level at 1.0665, which, as you can see, is establishing support for the time being. Any upside in EUR/USD from here will likely be capped by daily resistance at 1.0777, potentially viewed as a platform for shorts as the level aligns with H4 channel support-turned resistance (1.1055).

The dollar index continued to flex its financial muscle Thursday, jumping through 102.50 and closing in on the 103.00 handle – an advance largely aided by a waning euro amid the ECB’s PEPP.

Short-term activity on EUR/USD currently fades its 127.2% Fib ext. at 1.0666, simultaneously addressing the underside of 1.07. A violation of 1.07 today, aside from possible resistance emerging off the 1.0726 low, has 1.08 in the firing range, coupled with the RSI producing bullish divergence out of its oversold region.

A day after shedding more than 3.7%, AUD/USD ranged 450 points Thursday and closed by way of a long-legged doji candle. This represents extreme indecision, with recent movement whipsawing through supply-turned demand at 0.5664/0.5798 and testing a well-grounded support level at 0.5563.

With reference to the RSI indicator, we are trading at unprecedented levels, nearing the 10.00 mark within oversold territory.

As we fade seventeen-year lows, focus on the H4 timeframe remains on newly formed supplies. The latest area to grace the charts falls in around 0.6036/0.5978, which came within striking distance of making an entry yesterday. Above here, technical research reveals another layer of supply rests nearby at 0.6147/0.6078.

The break of monthly demand at 0.6094/0.5866 commands attention, suggesting additional loss could be on the cards. The retaking of 0.58, based on the H1 chart, although testing channel support right now, eyes 0.57. H4 reinforces additional downside, with limited support in sight.

Daily price, however, recently swerved to support at 0.5563 and holds within the walls of supply-turned demand at 0.5664/0.5798. The fact we closed in the shape of a long-legged doji candlestick formation, though, indicates traders are indecisive on this timeframe.

On account of the above, sellers, despite the recent recovery, may have the upper hand, therefore a retest at the underside of 0.58 on the H1 may be of interest to some traders today. Alternatively, a break through 0.57 may also appeal, with 0.56 in view as the next downside support, closely followed by daily support at 0.5563.

Recent upside saw action re-address and dethrone the 200-day SMA, currently circulating around 108.25. Shaped in the form of a near-full-bodied bullish candle, a critical demand-turned supply at 110.10/109.52 was rattled yesterday, perhaps providing a basis for an approach to supply coming in at 112.64/112.10. Traders are, nonetheless, urged to pencil in the possibility of a retest emerging off 110.10/109.52 before price strives for higher terrain.

Broad-based USD bidding – the US dollar index continues to reign supreme against major counterparts – lifted H4 price and finalised the D-leg of an AB=CD bearish pattern at 110.70ish (orange). What’s also interesting is the bearish completion dovetails nicely with channel resistance (105.91) and a DEEP 0.86% Fib retracement ratio at 110.98. It should be noted the current AB=CD pattern’s upper limit (the line in the sand if you will) resides around the 161.8% Fib ext. point at 111.87.

Price action on the H1 timeframe loiters south of 111, with a break exposing neighbouring supply coming in at 111.44/111.20. Downside from this angle has the 110 handle to target, shadowed by demand plotted at 109.53/110.00. Note also the RSI indicator is seen raiding overbought terrain.

Monthly price hovering around notable structure, likely to offer resistance, along with H4 price completing an AB=CD correction (bearish indication) and H1 testing 111, likely appeals to sellers today. Interestingly, though, traders may want to pencil in the possibility of a fakeout through 111 to H1 supply at 111.44/111.20. This will trip any buy stops lurking above 111, filling breakout buyers’ orders and providing liquidity to short from 111.44/111.20, with the possibility of reaching 110.

Down nearly 11% in the month of March, south of trendline resistance (1.7191), traders recently witnessed a familiar area of support at 1.1904/1.2235 give way. With price trading at multi-year lows, the next observable support target on the monthly timeframe falls in around 1.1297, a 127.2% Fib ext. level.

Downside risks continue to build in GBP/USD after overthrowing trendline support (1.2373), pulling the RSI indicator deep into oversold terrain, trading at levels not seen since early 2016. The 200-day SMA has also begun turning lower after flattening since November 2019.

The decisive push beneath the said trendline support places the weekly 127.2% Fib ext. firmly on the radar at 1.1297.

Wednesday’s precipitous decline formed another layer of supply at 1.2192/1.2049, positioned south of a demand-turned supply at 1.2162/1.2220. Fading multi-year lows, we recently saw a mild consolidation phase between 1.1449/1.1661, which has developed into a bearish flag pattern (green). This is generally considered a continuation formation, and likely saw traders enter short positions based on the recently closed bearish H4 candle. The downside target for this pattern, measured by taking the length of the preceding move and adding it to the breakout point, falls in around 1.0905 (blue arrows).

Impetus derived from an emergency Bank of England (BoE) interest rate cut and stimulus package generated a reasonably spirited recovery Thursday. Despite an earnest attempt to maintain gains, downside heading into the London close formed out of supply coming in at 1.1861/1.1762, which saw prices settle at 1.1484.

Despite downside, the RSI is seen recovering ahead of oversold terrain, currently trading at 40.00, offering clear bullish divergence.

According to chart studies, this remains a sellers’ market until 1.13ish, the weekly Fib ext. level at 1.1297.

Based on sellers out of the H4 bearish flag pattern, and weekly price displaying room to the downside, a retest setup at the underside of 1.15 may be on the cards today. This could be an opportunity for fresh sellers to take advantage of possible downside.