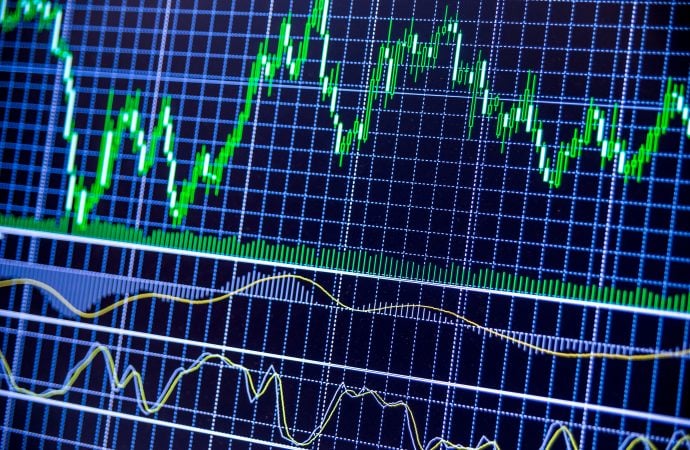 By all counts, it was a volatile start to the week. Traders and investors were greeted with risk-off conditions in the early hours of trading amidst escalating tensions between Russia and the Ukraine. Despite a strong gap lower, however, Europe’s single currency ended European hours higher by 0.6 percent against the US dollar.

In terms of higher timeframes, chart studies reveal limited structure hindering an upside attempt on the H1 scale. The H4 timeframe, despite recently pencilling in a shooting star candlestick formation (bearish), exhibits scope to approach prime resistance at $1.1322-1.1276 (note the H1 decision point is glued to the lower side of the said H4 base). Below, harmonic traders will note the H4 ‘Alternate’ AB=CD pattern (1.272% Fibonacci projection at $1.1125), followed closely by H4 Quasimodo resistance-turned support at $1.1089.

The technical landscape remains unchanged on the weekly and daily timeframes and support further selling (italics):

The Australian dollar—in spite of a 1 percent opening gap lower to $0.7158—traded higher against its US counterpart on Monday. Filling the weekend gap and overpowering Friday’s session high at $0.7237, AUD/USD has reclaimed a bullish position amid higher commodity prices.

From the top this morning, we remain within the upper boundary of weekly prime support at $0.6968-0.7242, following a fourth consecutive weekly gain. Nevertheless, as pointed out in recent analysis, demand within the noted support has been subdued since late last year. The currency pair’s trend may have something to do with that:

Meanwhile on the daily timeframe, price is closing in on resistance between $0.7331 and $0.7278 (made up of a 200-day simple moving average, trendline resistance [taken from the high $0.7891], and Quasimodo resistance). Failure to hold price here—remember we are coming from weekly prime support (despite the trend)—unlocks the door to daily trendline resistance, drawn from the high $0.8007. You will also note the relative strength index (RSI) is on the verge of clearing indicator resistance at 58.43 after drawing support from the 50.00 centreline (momentum remains to the upside, according to this indicator).

Lower down on the curve, the H1 timeframe reclaimed $0.72+ status on Monday, which should last Wednesday’s top at $0.7284 give way, then a bearish AB=CD formation could form at $0.73. Alternatively, failure to explore higher terrain at this point opens a test of a newly formed decision point at $0.7210-0.7222.

Resistance between $0.73 and the potential AB=CD bearish pattern (H1), as well as daily Quasimodo resistance from $0.7278, delivers a reasonable ceiling to be mindful of.

Downbeat risk sentiment underpinned a safe-haven bid across the Japanese yen and US government bonds (US yields lower across the curve), leaving USD/JPY on the ropes on Monday.

The short-term technical landscape has the H1 seeking lower levels under the ¥115 figure, with room to extend losses to a H1 decision point coming in at ¥114.57-114.74. This is supported on the H4 timeframe. Following a bearish position from trendline support-turned resistance, extended from the low ¥113.47, and a 61.8% Fibonacci retracement at ¥115.64, support is not expected on this timeframe until ¥114.57ish: a H4 AB=CD bullish formation (black arrows to the downside) completing at a 61.8% Fibonacci retracement ratio.

From the perspective of the higher timeframes, limited change is evident (italics):

In the meantime, the daily chart has been in the process of chalking up an ascending triangle pattern (typically considered a continuation arrangement) since December 2021 between Quasimodo resistance at ¥116.33 and an ascending line drawn from the low ¥112.53. Toppling ¥116.33 would allow analysts to chart a pattern profit objective by extending the ‘base’ distance (blue vertical box) from the breakout point. Withdrawing under the ascending line, nevertheless, seats supply-turned demand from ¥112.66-112.07 in the picture. Not only is the area in the company of a 78.6% Fibonacci retracement at ¥112.00 and a 50% retracement from ¥112.55, technicians will acknowledge the widely watched 200-day simple moving average housed within the lower limit of the zone at ¥112.27.

Note the relative strength index (RSI) is also testing support between 40.00 and 50.00 (a ‘temporary’ oversold range since 10th May—common view in trending markets).

Ahead of Monday’s close, despite a spirited opening to the downside, sterling trades unchanged versus the US dollar, successfully filling the opening gap. $1.34 proved reasonably stubborn support during US hours on Monday following an earlier break higher during the London morning session. The H1 timeframe also highlights two nearby resistance zones at $1.3443-1.3459 and $1.3477-1.3514, with the latter housing $1.35. Retaking $1.34 support, on the other hand, provides a basis for a return to the $1.33ish neighbourhood.

Below serves as a reminder of where we currently stand on higher timeframes:

Based on the daily timeframe, after nearly a month of hesitation around resistance at $1.3602—stationed under the 200-day simple moving average at $1.3665—the currency pair welcomed support at $1.3355. Space beneath here unearths Quasimodo support at $1.3119. Of note, the aforementioned support connects with the weekly timeframe’s double-top pattern’s profit objective at $1.3090. In terms of momentum, the relative strength index (RSI) continues to operate south of its 50.00 centreline, informing traders average losses are exceeding average gains at the moment: negative momentum.

Daily support at $1.3355 is key. Yet, knowing the trend demonstrates a downward bias, breaking the aforementioned support remains a possibility. With this being the case, short-term bearish attention is likely to remain on the two H1 resistance zones at $1.3443-1.3459 and $1.3477-1.3514.