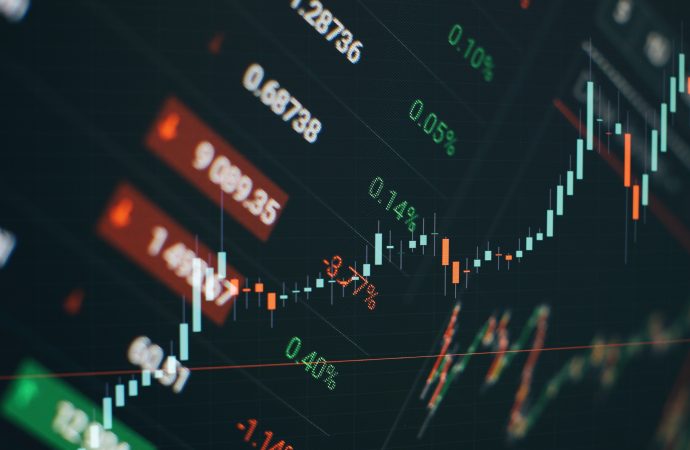 The Federal Reserve took centre stage on Thursday, raising its benchmark interest rate by 25 bps for the first time since 2018, as anticipated. Albeit immediately pressuring US equity indexes, as well as elevating the US Dollar Index (USDX) and US Treasury yields, EUR/USD extended lower from the session peak.

Short-term price movement, as demonstrated through the H1 timeframe, attempted to regain space north of $1.10 though failed to surpass H1 Quasimodo resistance at $1.1019. Leaving H1 resistance from $1.1046 untouched, continued weakness on the H1 scale could zero in on $1.09, a psychologically important level sited above a harmonic Gartley potential reversal zone between $1.0814 and $1.0874 (yellow).

Channel support, extended from the low $1.1186, remains a talking point on the weekly timeframe. Initial enthusiasm from the descending line continues to echo a fragile vibe, emphasising that weekly resistance from $1.1174 is likely to be left unchallenged. Quasimodo support at $1.0778 is also a level in the spotlight on the weekly timeframe, claiming position under channel support. Absence of interest from weekly channel support could, technically speaking, be a result of trend direction. The longer-term trend has reflected a bearish status since topping at $1.2350 at the beginning of January (2021). This is reinforced by a weekly trendline support breach, drawn from the low $1.0636, together with the break of the $1.1602 November 2020 low (circled) and the currency pair refreshing year-to-date lows last week at $1.0806.

Attention is still on short-term charts. Should $1.10 hold ground as resistance, $1.09 is a possible downside objective on the H1. $1.09 is vulnerable to a whipsaw; the H1 harmonic Gartley potential reversal zone between $1.0814 and $1.0874 is in good shape to welcome buyers seeking to exploit sell-stops under $1.09.

Thursday had AUD/USD reclaim a portion of earlier losses seen this week, placing daily action a touch beneath the 200-day simple moving average at $0.7304. Upstream, daily trendline resistance, drawn from the high $0.8007, remains in view. A familiar decision point from $0.6964-0.7040 also commands attention to the downside. Momentum studies, according to the relative strength index (RSI), is resurfacing above the 50.00 centreline, emphasising support for now.

In terms of the H4 timeframe, trendline support, taken from the low $0.6968, welcomed buyers on Thursday, aided by a 100% Fibonacci projection at $0.7170 (AB=CD bullish formation). Harmonic traders will acknowledge that common profit objectives derived from AB=CD patterns are found at the 38.2% and 61.8% Fibonacci retracement ratios drawn from legs A-D at $0.7269 (currently being tested) and $0.7334, respectively.

Latest technical developments reveal USD/JPY shook hands with weekly resistance from ¥118.64, shadowed closely by a 1.618% Fibonacci projection at $119.77 and a channel resistance, pencilled in from the high ¥110.97. Despite testing the noted resistances, it’s important to remain cognisant of where we are regarding trend studies. The overall longer-term trend has been climbing since 2012 (check monthly timeframe). The 21.5 percent correction from June 2015 to June 2016 provided a dip-buying opportunity, as did a subsequent 14.8 percent correction from December 2016 to pandemic lows formed early March 2020. Overall, the primary trend is higher, with the secondary trend promoting additional advances.

The trend is currently working in harmony with the daily timeframe (do note, however, the relative strength index [RSI] is showing overbought conditions). The past few days has seen our research team highlight that price ruptured the upper limit of an ascending triangle formation last week (Quasimodo resistance at ¥116.33). Toppling ¥116.33 allows analysts to chart a pattern profit objective by extending the ‘base’ distance (blue vertical box) from the breakout point to ¥120.11. This, along with the trend, informs market participants that USD/JPY may attempt to overthrow noted weekly resistances. An alternative scenario, nonetheless, is price responding from weekly resistances and retesting ¥116.33 to draw a dip-buying theme in line with the current trend.

Meanwhile, prime resistance at ¥119.29-118.80 on the H4 timeframe made a show on Thursday and has, at the time of writing, rejected price. A decisive rotation lower on this timeframe, one that clears the ¥117.70 low, could trigger a run as far south as daily support mentioned above at ¥116.33.

Housed within the H4 timeframe’s prime resistance is the ¥119 figure, which in the last hour greeted the currency pair. In the event of a break beneath ¥118.50, this shines the technical spotlight on ¥118 and channel resistance-turned support, extended from the high ¥115.79.

Weekly resistance emerging at ¥118.64 might discourage further upside and lead H1 price under ¥118.50 towards ¥118. Overall, though, considering the current uptrend and the daily timeframe demonstrating scope to reach the ascending triangle’s profit objective at ¥120.11, buyers are likely to maintain control, despite a short-term dip. With that, ¥118 could be viewed as dip-buying support.

In spite of an initial spike lower in response to the latest Fed meeting, sterling finished the session considerably higher versus the US dollar. Additional upside has the weekly timeframe’s prime resistance on the radar at $1.3473-1.3203, an area likely to interest sellers in light of trend studies. Should this zone carry out its duties, weekly support from $1.2719 is a level that might be tested in the coming weeks.

Trend direction has been southbound since late 2007 tops at $2.1161. As a result, the 25 percent move from pandemic lows in March 2020 to February 2021 may be viewed as a pullback within the larger downtrend. This, of course, places a question mark on the 8.5 percent ‘correction’ from February 2021 to March 2022; it may in fact be the beginning of a longer-term push to the downside and not a dip-buying scenario.

As evident from the daily timeframe, the unit reclaimed resistance at $1.3082 yesterday which opens the door for a run to as far north as resistance from $1.3355. Note that this level is housed mid-range within weekly prime resistance, therefore buyers might struggle above $1.3082. Technicians will note the currency pair continues to operate south of the 200-day simple moving average at $1.3606, though the relative strength index (RSI) is showing signs of recovery from oversold territory.

The lower side of weekly prime resistance at $1.3203 and the psychological base $1.32 on the H1 timeframe warrants attention as a possible upside objective on GBP/USD. The trend facing lower highlights a potential ceiling around the $1.32 neighbourhood, if tested. This means H4 resistance from $1.3173 could be removed.