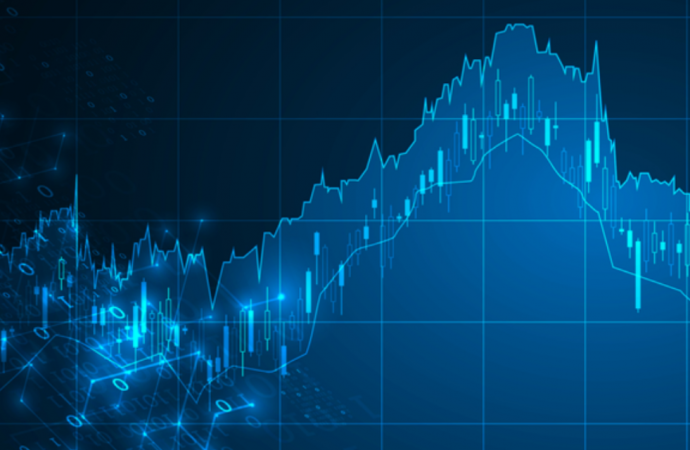 Price action traders will have noted this demand test, and likely view this as a bullish signal.

Any decisive rebound from the aforesaid demand shifts attention back to the possibility of fresh 2021 peaks and a test of ascending resistance (prior support – 1.1641).

The RSI oscillator, as you can see, continues to navigate terrain south of the 50.00 centreline. Above 50.00, however, resistance is found at 60.30, while to the downside, oversold territory calls for attention.

The technical framework on the H4 scale is interesting.

In terms of resistance, traders are still likely eyeballing 1.2027, should buyers muster enough strength to overthrow last Thursday’s peak at 1.1989.

As evident from the H1 chart, volatility thinned heading into London’s session Monday, shaking hands with the 100-period simple moving average and a modest Fib cluster from a 61.8% Fib level at 1.1916 and a 50.00% retracement at 1.1913.

Interestingly, the RSI breached trendline resistance and recently retested the broken line as support. The indicator’s value is currently within touching distance of 50.00.

In the absence of a bullish presence off the H1 Fib cluster, 1.19 could make an entrance today, with a possible dip to demand at 1.1881/1.1865. Buyers could be drawn to the aforesaid demand, having seen the area share a close connection with daily support noted above at 1.1887.

March, as you can probably see, trades higher by 0.7 percent, and remains within February’s range.

The Australian dollar managed to eke out minor gains against the US dollar on Monday, moulding what many traders may interpret to be a hammer candle—a bullish candlestick formation best found at troughs.

Technical action on the daily chart unearths a trendline support-turned resistance, taken from the low 0.5506.

February’s low at 0.7563 also deserves attention as a logical support target should sellers adopt more of a dominant position, with subsequent downside taking aim at demand from 0.7453/0.7384 (previous supply).

Traders who follow RSI movement will note the value to be testing the mettle of the 50.00 centreline, following lows formed at 42.00 earlier last week.

Recent hours witnessed demand welcome price action and propel the currency pair to within striking distance of the aforesaid supply.

Coming within a whisker of testing 0.77 bids heading into the US session Monday (closely shadowed by a 61.8% Fib level at 0.7689), formed by way of a near-perfect hammer pattern (bullish signal), AUD/USD bulls dethroned the 100-period simple moving average around 0.7743 and appears on course to revisit 0.78 (supply prior to this level, according to chart structure, seems relatively thin [consumed]) and neighbouring supply at 0.7818/0.7807.

Shorter term, it appears buyers could make a stand north of the 100-period SMA on the H1 today, targeting H4 supply priced in at 0.7811/0.7770. Whether or not the unit reaches the 0.78 figure on the H1 is difficult to estimate (located within the upper range of H4 supply).

Following January’s bullish engulfing candle and further outperformance in February, March closes in (up by 2.5 percent) on descending resistance, etched from the high 118.66.

Latest movement out of the daily chart watched price action come within two pips of testing Quasimodo resistance from 109.38, before withdrawing and eroding the majority of daily gains. Of particular note is the Quasimodo formation joins hands with the monthly timeframe’s descending resistance.

Based on the RSI oscillator, the value continues to explore overbought space, hovering a touch beneath resistance at 83.02.

The bullish flag pattern (109.16/108.90) highlighted in Monday’s technical briefing, as you can see, had its upper side breached on Monday. This was followed up with a subsequent retest, aided by 109 psychological support.

According to the pattern’s rules of engagement, the take-profit objective (yellow) is set just south of the 110 figure (109.90).

With respect to the RSI oscillator, on the other hand, we can see the value testing trendline support-turned resistance, but remains circling above the 50.00 centreline.

Longer term, with daily Quasimodo resistance at 109.38 and the monthly timeframe’s descending resistance joining hands, this area may welcome selling if tested. However, before sellers put in an appearance, a whipsaw to daily supply at 110.94/110.29 could take shape.

The immediate trend facing north since the beginning of the year may help lift breakout buyers above the bullish flag on the H1 timeframe. However, buyers still have their work cut out for them with H4 supply from 109.59/109.37, together with merging daily Quasimodo resistance at 109.38 and the monthly descending resistance, in close proximity.

Thanks to GBP/USD registering a second successive session in the red on Monday, we’re now within close proximity of trendline support, drawn from the low 1.1409, closely shadowed by support coming in at 1.3755.

Quasimodo resistance drawn from 1.4250 is also worth a shout, should buyers enter the scene, while territory beneath 1.3755 elbows Quasimodo support at 1.3609 in the line of fire.

After testing space beneath Quasimodo resistance at 1.4007 (aligns with a 50.00% retracement) last week, Monday extended its corrective slide to within a pip of 1.3852 support.

Confirmed by RSI bullish divergence, US trading Monday had price bump heads with clear-cut support at 1.3861—note this level’s recent history holding as both resistance and support at the beginning of March—and retest the lower side of the 1.39 figure.

In the event buyers take on 1.39, and clear the 100-period simple moving average around 1.3923 and tops located just beneath 1.3950, the widely watched 1.40 figure could make a show. Sellers governing control, on the other hand, shines the technical spotlight on 1.38 and Quasimodo support at 1.3786.

Monthly price remains optimistic above trendline resistance, though before buyers strive for fresh 2021 tops, we may see daily trendline support make an entry, and possibly support at 1.3755.

What the above could mean is we whipsaw through H1 support at 1.3861 (tripping stops) and test H4 support at 1.3852 and nearby daily trendline support. Assuming this comes to fruition, this may be movement we see buyers find interest in.