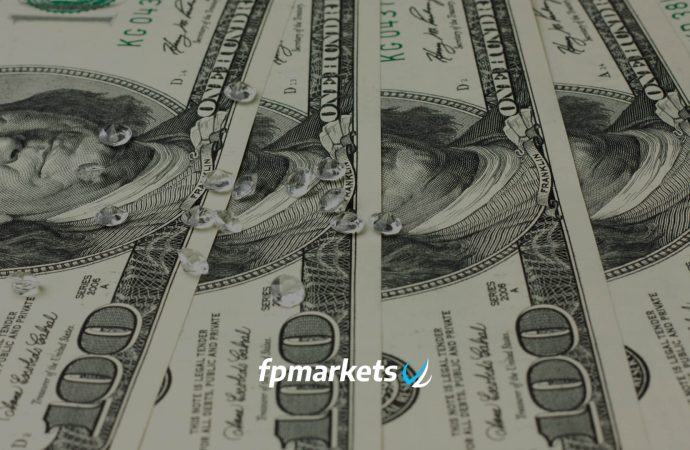 Upside this month manoeuvred the pair into demand-turned supply at 1.1857/1.1352. Leaving long-term trendline resistance (1.6038) unchallenged, the pair is on track to chalk up a shooting star bearish candlestick signal and revisit demand mentioned above at 1.0488/1.0912.

The 200-day SMA made an appearance yesterday, currently circulating around the 1.1100 neighbourhood, as did a familiar trend line support (1.0879), active since October 2019. Recently violated supply at 1.1323/1.1268 is in view to the upside, in the event further recovery emerges from the said support structures today. A violation to the downside, nonetheless, suggests scope towards demand plotted at 1.0680/1.0781.

What’s also notable from a technical perspective is the RSI indicator recently exiting overbought levels, fading peaks at 82.00, values not seen since March 2008, and poised to shake hands with the 50.00 value.

Demand at 1.1038/1.1072 entered view yesterday after the market recorded lows of 1.1055, a few points ahead of a 61.8% Fib retracement at 1.1049. The demand itself is considered significant, given it was likely the decision point to break the 1.1095 January 31st high. Demand-turned supply at 1.1218/1.1245 also made an entrance yesterday, currently fading upside from the aforementioned demand.

Intraday movement explored higher ground after the European Central Bank (ECB) stood pat on rates Thursday, passing through 1.1250 and testing 1.13. Things turned sour from here, nevertheless, eventually guiding the pair to lows south of 1.11 at 1.1055, likely running stops. The baton quickly changed hands from bears to bulls in early US trade, reclaiming 1.11+ status and retesting the underside of 1.12 into the close.

With monthly price fading structure, as well as H4 price holding demand-turned supply at 1.1218/1.1245 and 1.12 welcoming a retest on the H1, moves lower could be in store. The problem arises when taking daily supports into account.

AUD/USD powered into demand at 0.6330/0.6245 Thursday, clipping its lower boundary and likely filling a portion of sell stops, both from traders attempting to fade the demand and those anticipating the breakout. Sustained downside from this point may shine the spotlight on demand coming in at 0.5926/0.6062.

The 161.8% Fib ext. level at 0.6241 elbowed its way into the spotlight Thursday and, in recent hours, staged a half-hearted recovery, stationed beneath resistance at 0.6314, Monday’s low.

Weighed by robust USD gains, the Australian dollar extended its slide Thursday, clocking lows a few points ahead of the 0.62 handle and retesting 0.63 as resistance. 0.63 happens to link closely with channel support-turned resistance (0.6462).

March, so far, breached the lower edge of the descending triangle, yet has recovered in reasonably strong fashion, leaving nearby demand at 96.41/100.81 unchallenged.

Tuesday chalked up a sizable counterattack, reclaiming all of Monday’s losses and retesting demand-turned supply at 105.57/106.17, along with joining 38.2% Fib retracement at 105.39. Wednesday pencilled in a bearish position off the said zone, with Thursday pouring cold water on hopes of a down move, forming a long-legged doji indecision candle. In the event we pop higher today, keep an eye on supply-turned demand at 106.60/107.09.

Supply at 105.75/105.17, although having its upper boundary tested a number of times, remains a reasonably dominant fixture on this timeframe. The recent pullback from the said zone to lows at 103.08 produced what appears to be the C-leg of an AB=CD bearish pattern. Should further buying be seen, the AB=CD termination point is seen within supply at 108.15/107.64.

Although global equities experienced punishing selloffs Thursday, USD/JPY concluded pretty much unmoved. Technically, we settled south of 105, currently consolidating within a narrow range ahead of Asia today. 104 appears to be calling for attention, surrounding itself with H4 confluence in the shape of a channel support (101.18) and a smaller, more local, trendline resistance-turned support (105.33).

Monthly price suggests buyers might now have the upper hand after regaining a foothold within its descending triangle. Contrary to this, daily price fades a demand-turned supply zone at 105.57/106.17.

In line with daily structure, H4 movement continues to defend supply at 105.75/105.17. H1, however, highlights a particularly interesting point of support around the 104 handle, marked in green, where additional points of support converge. 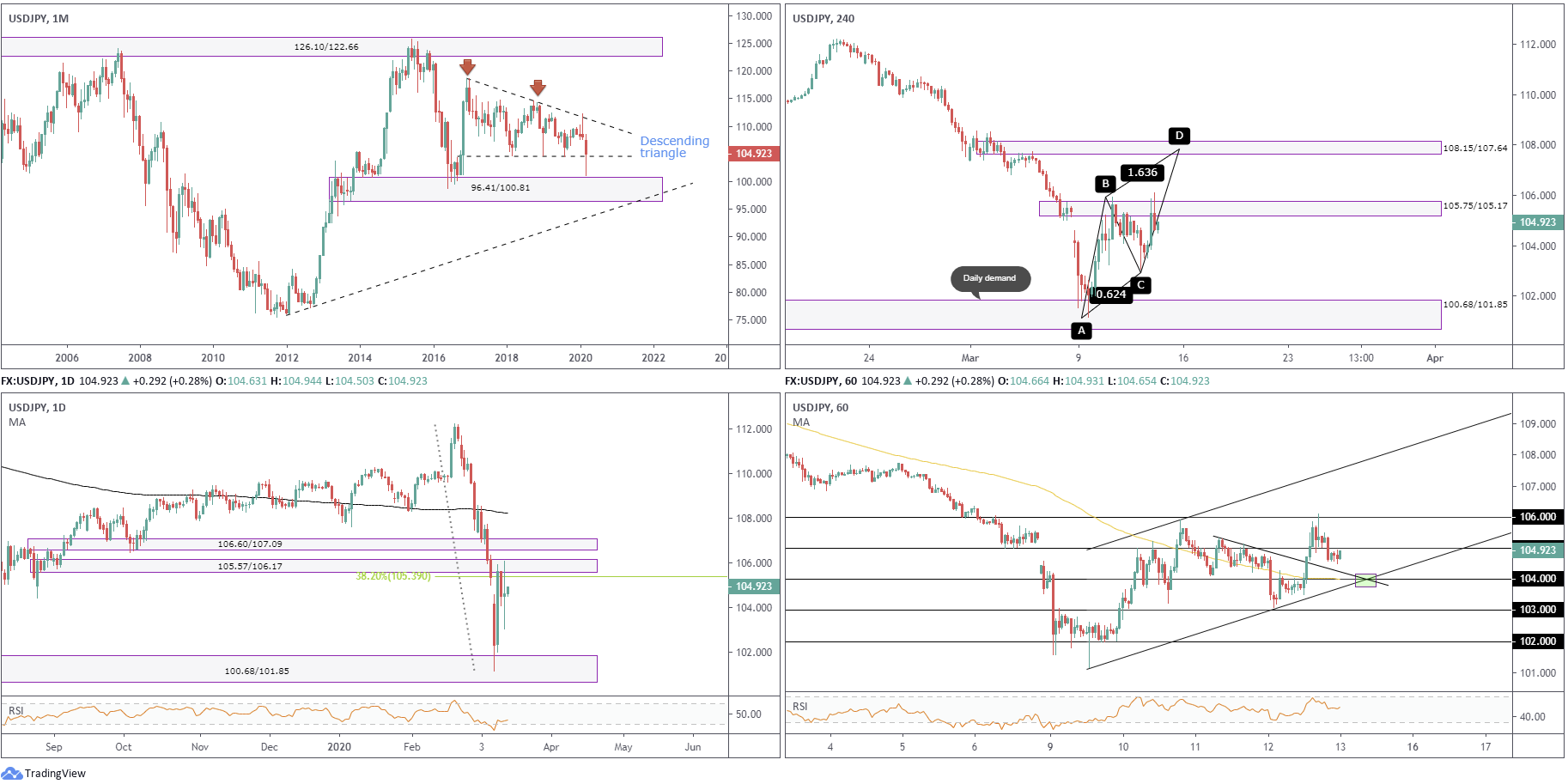 In terms of the RSI indicator, we can see the value dipped through 50.00 and is headed for oversold territory.

1.25 made an appearance in the early hours of US trade Thursday, providing fresh impetus to GBP/USD. Failing to sustain gains north of 1.26, the pair once again found itself under significant pressure, with 1.25 likely to be retested today. With the possibility of a break lower being seen, traders may want to note demand at 1.2405/1.2460, essentially offering pretty much the same range as daily demand mentioned above at 1.2404/1.2470.

Additional resistance seen on this timeframe is channel support-turned resistance (1.2865). Also worthy of note is the RSI attempting to regain footing within oversold levels and the 100-period SMA drifting south.

Daily demand at 1.2404/1.2470, along with H1 demand at 1.2405/1.2460, and RSI indicators on both daily and H1 timeframes showing oversold conditions, opens the door to a possible fakeout scenario. A whipsaw through 1.25 today would likely fill sell stops (providing liquidity to buy into) and draw in buyers from the said demand areas. This, coupled with a H1 close back above 1.25 today, might be sufficient enough to encourage an approach to 1.26.