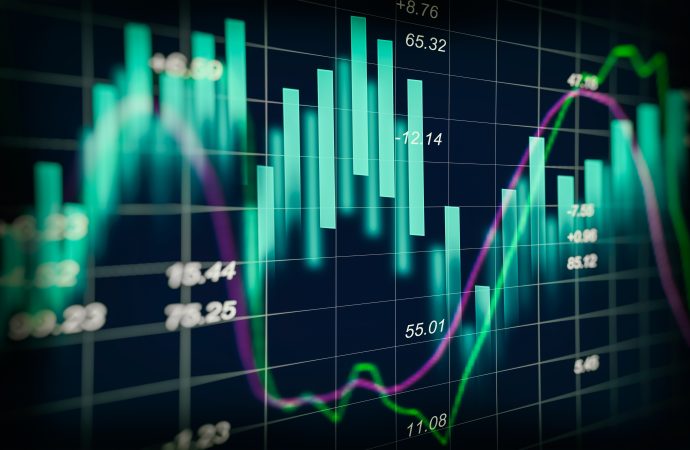 Any rebound from the aforesaid demand shifts attention back to the possibility of fresh 2021 peaks and a test of ascending resistance (prior support – 1.1641).

US inflation data failed to ignite much movement on Wednesday, with the US dollar index and US Treasury yields sliding for a second successive session.

From a technical standpoint, EUR/USD continues to shield the 127.2% Fib projection at 1.1843 along with a 100% Fib extension at 1.1848 and support priced in at 1.1887. Harmonic traders will note the 100% Fib extension also represents an AB=CD configuration. Therefore, as for upside targets on this scale, traders will likely be eyeballing the 38.2% Fib level at 1.2021 (a traditional [initial] take-profit objective from AB=CD patterns—Scott Carney approach).

In line with the rebound from the aforementioned supports, the RSI oscillator recovered from oversold territory.

As you can see, buyers welcomed the zone, bolstered by daily Fib support around 1.1845 and the upper edge of monthly demand from 1.1857.

Upstream, resistance is seen anchored to 1.1952.

Supply-turned demand at 1.1881/1.1865 proved an effective area in recent movement, aiding a bullish assault on the 1.19 figure Wednesday. With the 100-period simple moving average also dethroned, 1.1950 resistance and neighbouring supply at 1.1964/1.1951 calls for attention.

RSI fans will note the value is poised to approach overbought levels, following an earlier dip south of 50.00.

Following on from previous analysis –

The H1 close above 1.19—knowing monthly price is touching gloves with demand at 1.1857/1.1352, and daily and H4 timeframes are bouncing from supports—is movement breakout buyers may be drawn to.

March, as you can probably see, trades higher by 0.4 percent.

Upbeat risk sentiment (amidst rising prospects for the global economy), together with the US dollar index preserving a downside bias, led the Australian dollar higher for a second successive session against the US dollar on Wednesday.

Continued interest to the upside places trendline support-turned resistance, taken from the low 0.5506, in the firing line, while below we have February 2nd low at 0.7563.

Trend structure on the daily scale has remained convincingly higher since March 2020.

Despite increased buying, the RSI remains testing the underside of the 50.00 centreline.

Subsequent buying could throw light on demand-turned supply coming in at 0.7848/0.7867.

Buyers made an entrance heading into the European session on Wednesday, forging a floor off trendline resistance-turned support, extended from the high 0.8007. This led to a breach of the 100-period simple moving average and the 0.77 figure to shake hands with supply coming in at 0.7751/0.7735.

Also technically noteworthy is the RSI oscillator remains wedged within an ascending channel, with the value threatening to register overbought conditions and possibly cross swords with resistance at 80.85.

Longer term, the monthly and daily charts suggest sellers are likely to remain behind the wheel until February 2nd low at 0.7563 enters view, highlighted on the daily scale. However, before sellers make a show, a retest of daily trendline resistance could be on the cards.

Following January’s bullish engulfing candle and further outperformance in February, March is on the verge of mounting a bullish assault (up by 1.8 percent) on descending resistance, etched from the high 118.66 (not considered traditional trendline resistance).

In addition to US inflation data failing to deliver much market movement, US Treasury yields dipped along with the greenback on Wednesday. This weighed on the USD/JPY, consequently registering a second consecutive daily loss, south of Quasimodo resistance from 109.38.

Along with the RSI spinning lower ahead of resistance at 83.02 (active since 2015), there’s scope for price to touch gloves with support at 107.64—a previous Quasimodo resistance—and neighbouring supply-turned demand at 107.58/106.85.

Price unearthed Quasimodo resistance priced at 109.16 at the beginning of the week, with the pair now in the process of retreating lower in the shape of an AB=CD bullish pattern (black arrows). What’s also technically appealing, of course, is the AB=CD merging with support at 108.09, a level fastened just north of important demand coming in from 107.81/108.01.

The additional downside moves seen on Wednesday witnessed short-term action dip a toe under 108.50 support, consequently shining light on a Fib support (green) between 108.18 and 108.28 closely shadowed by the 108 figure and trendline support, taken from the low 104.92.

RSI enthusiasts will see the value is bound for oversold terrain, currently circling below the 40.00 area.

With daily Quasimodo resistance at 109.38 and the monthly timeframe’s descending resistance yet to make an arrival, selling may be short-lived.

March, as you can see, currently trades flat, circling within the walls of February’s range.

Buyers, as can be seen from the daily chart, recently pencilled in a bottom ahead of trendline support, drawn from the low 1.1409, and support coming in at 1.3755. Sustained upside momentum shifts interest back to Quasimodo resistance drawn from 1.4250, while any moves sub 1.3755 places Quasimodo support at 1.3609 in the line of fire.

With reference to the RSI indicator, the value shook hands with support made up between 46.21 and 49.16. RSI support forming around the 40.00/50.00 range in trending environments is common.

GBP/USD bulls went on the offensive again on Wednesday, generating enough force to overturn trendline resistance, taken from the high 1.4240. This followed an earlier recovery from support marked at 1.3852.

Quasimodo resistance at 1.4007 is now seen as the next upside target.

Early US Wednesday had buyers brush aside 1.39 and invade resistance at 1.3920. Following a swift (albeit deep) retest at 1.39, the unit engulfed 1.3920 and has, in recent hours, retested the latter as support.

The path north of 1.3920 appears relatively free of trouble until reaching the widely watched 1.40 figure, a base that’s capped upside pressure since late February.

From the RSI oscillator, action is seen hovering ahead of overbought conditions, currently trading around 63.00.

Both the monthly and daily timeframes show room to explore higher levels. This, coupled with the H4 timeframe breaching trendline resistance and the H1 climbing above resistance at 1.3920 (and retesting the level as support), also welcomes the possibility of intraday buying today, targeting 1.40, closely shadowed by H4 Quasimodo at 1.4007.