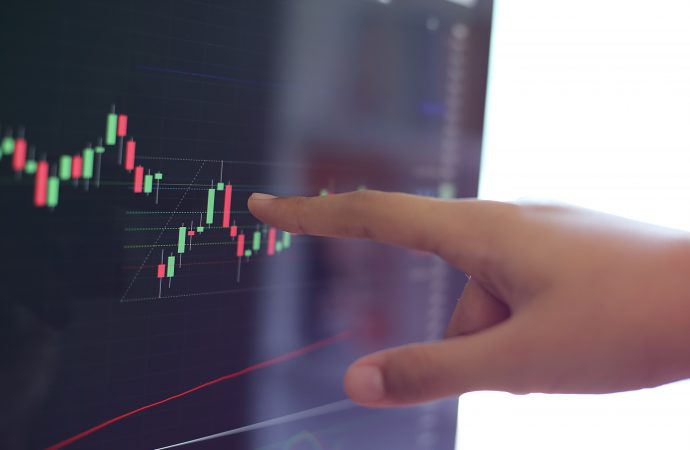 Any rebound from the aforesaid demand shifts attention back to the possibility of fresh 2021 peaks and a test of ascending resistance (prior support – 1.1641).

US Treasury yields retreated on Tuesday, fading 13-month highs on the ten-year Treasury note, along with the US dollar index also retreating and snapping a four-day bullish phase. This delivered fresh bullish energy to EUR/USD, aiding recovery from a 127.2% Fib projection at 1.1843 along with a 100% Fib extension at 1.1848 (positioned below support at 1.1887).

As you can see, buyers welcomed the zone, bolstered by daily Fib support around 1.1845 and the upper edge of monthly demand from 1.1857.

Supply at 1.1881/1.1865 was unable to attract much selling early Tuesday as buyers defended 1.1850 support. Subsequent action witnessed the pair overthrow the aforementioned supply to shake hands with 1.19.

A H1 close above 1.19—knowing monthly price is touching gloves with demand at 1.1857/1.1352, and daily and H4 timeframes are bouncing from supports—is movement buyers may be drawn to.

March, as you can probably see, trades marginally higher by 0.2 percent.

With the US dollar index navigating lower from resistance at 92.26 Tuesday, AUD/USD discovered a floor off 0.7625ish and wrapped up around session highs. Continued interest to the upside places trendline support-turned resistance, taken from the low 0.5506, in the firing line, while below we have February 2nd low at 0.7563.

Trend on the daily scale has remained convincingly higher since March 2020.

Despite increased buying, the RSI remains underwater (50.00), suggesting oversold conditions is in the offing.

From the RSI indicator, the value made its way into channel resistance, a level situated just south of overbought territory.

Longer term, the monthly and daily charts suggest sellers are likely to remain behind the wheel until February 2nd low at 0.7563 enters view, highlighted on the daily scale.

Following January’s bullish engulfing candle and further outperformance in February, March is on the verge of mounting a bullish assault (up by 1.9 percent) on descending resistance, etched from the high 118.66 (not considered traditional trendline resistance).

Quasimodo resistance at 109.16, as you can see, made a show on Tuesday, stirring a bearish response.

Support at 108.09 calls for attention to the downside, a level fastened just north of important demand coming in from 107.81/108.01 (an area traders are likely drawn to given its strong upside momentum out of the base).

Note the H4 Quasimodo is anchored just beneath the daily Quasimodo at 109.38.

Tuesday’s depreciation pulled USD/JPY south of the 109 figure in early Europe, which led to a subsequent attack of 108.50 support. Further downside today shines light on a Fib support (green) between 108.18 and 108.28 (converging with the 100-period simple moving average), closely shadowed by the 108 figure and a trendline support, taken from the low 104.92.

The RSI indicator retested the lower side of 50.00 in recent action, following an earlier breach. This highlights the possibility of oversold conditions.

With daily Quasimodo resistance at 109.38 and the monthly timeframe’s descending resistance yet to make an entrance, recent selling may be short-lived. Therefore, a bullish scenario may emerge off the H1 Fib support between 108.18 and 108.28, though a dip into 108 bids (H1), which aligns with H4 demand at 107.81/108.01, could also be on the menu before buyers make a stand.

March currently trades lower by 0.3 percent and remains within the walls of February’s range.

As the US dollar handed back some ground, Tuesday had sterling march higher and forge a floor ahead of trendline support, drawn from the low 1.1409, and support coming in at 1.3755.

Sustained upside momentum shifts interest back to Quasimodo resistance drawn from 1.4250, while any moves sub 1.3755 places Quasimodo support at 1.3609 in the line of fire.

With reference to the RSI indicator, the value shook hands with support made up between 46.21 and 49.16. RSI support forming around the 40.00/50.00 range in trending environments is common.

A closer reading of price action on the H4 chart shows the unit climbed resistance at 1.3852 and crossed swords with trendline resistance, taken from the high 1.4240.

Candlestick traders will acknowledge that the test of trendline resistance shaped a shooting star—interpreted as a bearish signal at peaks.

Early Europe watched GBP/USD bulls adopt an offensive phase Tuesday, chiselling through resistance at 1.3861, which, as you can see, was swiftly retested as support. 1.39 also made a show, a level sharing space with the 100-period simple moving average.

Also of technical note is resistance stationed above 1.39 at 1.3920. Above here, the river appears ripple free until the big figure 1.40. There is Quasimodo resistance seen at 1.3968 (black arrow), but given 1.40 is likely to grab the lion’s share of attention, 1.3968 is unlikely to spark much interest.

From the RSI oscillator, action is seen levelling off ahead of overbought conditions, currently trading around 55.00.

From the monthly scale we can see buyers govern control. Daily support at 1.3755 and intersecting trendline support, therefore, will likely remain of interest to longer-term buyers.

Across the page on the lower timeframes, H4 suggests a dip lower after the candles came into contact with trendline resistance and formed a bearish candle signal. Though should H1 close above resistance at 1.3920, this would place a question mark on selling. In fact, it would possibly trigger a short-term bullish breakout scenario, targeting 1.40.