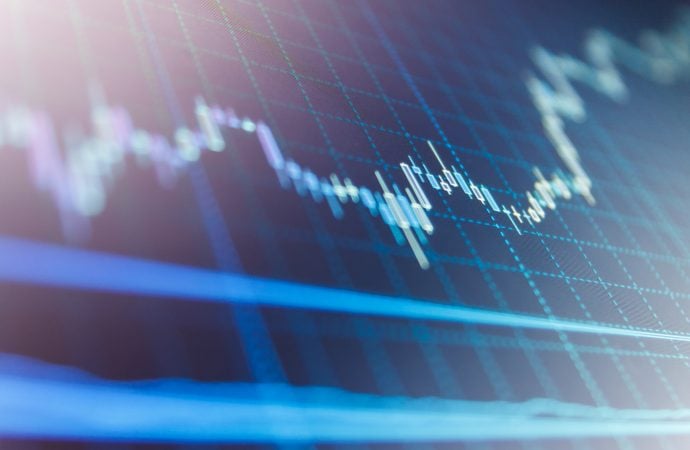 Since mid-May, technicians will note the unit has been hovering (consolidating) within reach of Quasimodo resistance at 1.2278. Territory south of current price unearths dynamic support around 1.1983: the 200-day simple moving average.

From the perspective of the RSI, the indicator remains engaging with support at 51.36, with the value demonstrating signs of strength off the base.

Ahead of the impending ECB meet on Thursday, Europe’s single currency eked out a modest bearish tone on Tuesday against a somewhat stronger greenback across the board.

Volatility thinned heading into the early hours of London on Tuesday, balancing off the 100-period simple moving average around 1.2169. Price action traders will be monitoring the 1.22 figure, a level in the company of another layer of resistance from 1.2211. As noted in Monday and Tuesday’s technical briefings, the ‘H4 AB=CD’ pattern’s 61.8% Fib retracement is located between the aforesaid H1 levels at 1.2206.

Downstream, south of the 100-period simple moving average, underperformance shines the technical spotlight on support at 1.2132, located nearby trendline resistance-turned support, extended from the high 1.2254.

In terms of where we’re positioned on the RSI, resistance at 67.65 is a prominent level right now, with additional resistance plotted nearby at 78.97. As for support, the 50.00 centreline appears to be serving as a relatively strong floor.

Technical structure largely unchanged from previous analysis on the higher timeframes. Scope for further upside is visible on the monthly scale, with the daily timeframe chalking up a potential line in the sand at 1.2278: a Quasimodo resistance level.

The RSI shows the value attempting to secure position above the 50.00 centreline, a move not only signalling strength to the upside, but also highlighting trendline resistance, drawn from 80.12.

AUD/USD left behind a modestly negative tone on Tuesday, weighed on the back of USD bids.

As underlined in Tuesday’s technical briefing, overhead resistance is arranged at peaks around 0.7769 and Quasimodo resistance from 0.7782, shadowed by daily resistance noted above at 0.7816.

The modest rise in selling interest on Tuesday also pulled the RSI through the 50.00 centreline, which, as you can see, now currently serves as indicator resistance. To the downside, support resides within the walls of oversold space at 19.30.

Another level worth keeping an eye on is the 0.78 psychological figure—aligning with daily (range) resistance at 0.7816.

Although April finished lower by 1.3 percent and snapped the three-month winning streak, May (+0.2 percent) held the breached descending resistance, echoing potential support for the month of June, currently trading unchanged.

The RSI remains stationed under resistance at 57.00 and is tackling the 50.00 centreline. Should a break come to pass, a test of oversold might be in store, targeting support at 28.19.

As evident from the H1 scale, we have seen buyers hold levels above 109.07-109.19 demand, with the majority of traders now likely eyeing the 100-period simple moving average now circling around 109.66. A break higher could see the unit touch gloves with the 110 neighbourhood (as well as H1 resistance from 109.95 and a trendline support-turned resistance, taken from the low 108.56).

As noted in Tuesday’s analysis (italics):

Given the SMA is a dynamic value, traders are now likely watching this indicator around the 109.66ish region on the H1 as the initial upside target, with subsequent buying to perhaps take aim at 110.

Aside from short-term fluctuations developing around the 100-period simple moving average at 1.4148 on Tuesday, focus, as noted in previous reports, remains on the 1.42 and 1.41 figures (the latter joins with a 61.8% Fib), echoing a similar picture to the H4 (see above).

The technical position of the RSI has the value navigating space just south of the 50.00 centreline, following a recovery ahead of oversold territory.