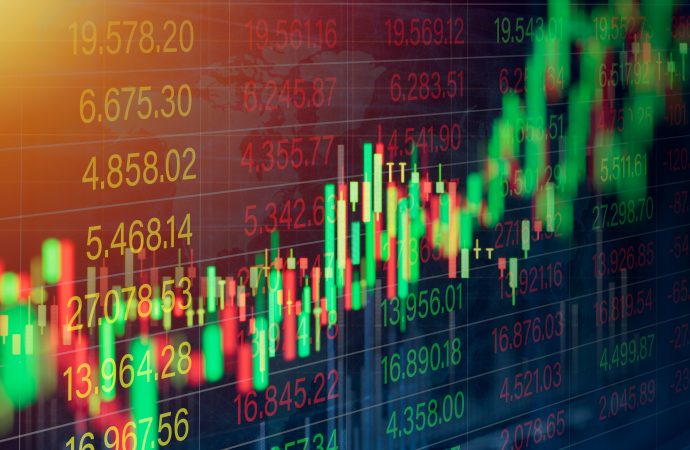 Following a three-month retracement, support at 1.1857-1.1352 made an entrance and inspired a bullish revival in April, up 2.4 percent at the close. May also extended recovery gains, trading higher by 1.7 percent. June, however, is off to a mildly rocky start, down 0.2 percent as of current trade.

A closer reading of price action on the daily timeframe has the currency pair modestly higher on Monday in response to the USD edging lower. This follows Friday’s lower-than-anticipated US non-farm payrolls data.

Since mid-May, technicians will note the unit has been hovering (consolidating) within reach of Quasimodo resistance at 1.2278. Territory south of current price unearths dynamic support around 1.1982: the 200-day simple moving average.

The RSI remains engaging with support at 51.36, with the value demonstrating signs of strength off the base yesterday.

For those who read Monday’s extensive technical briefing you may recall the following (italics):

Textbook AB=CD take-profit targets—derived from legs A-D— fell on the 38.2% and 61.8% Fib retracements at 1.2167 and 1.2206, respectively. As you can see, price struck the 38.2% base and formed a shooting star candlestick pattern (bearish signal) on Friday.

As evident from the H4 chart, Monday dethroned the 38.2% Fib retracement at 1.2167 and is now within striking distance of the 61.8% Fib retracement at 1.2206, which, for many traders, represents the final upside target out of the AB=CD formation. Traders may acknowledge additional resistance resides at 1.2244.

The mood turned positive for Europe’s single currency heading into the early hours of US trading on Monday, a handful of hours following a test of trendline resistance-turned support, taken from the high 1.2254. Subsequent action led to price travelling through the 100-period simple moving average at 1.2178 to shake hands with the 1.22 figure (sheltered just south of resistance from 1.2211). As noted in Monday’s briefing, the ‘H4 AB=CD’ pattern’s 61.8% Fib retracement is also located between the aforesaid H1 levels at 1.2206.

The H1 timeframe’s RSI is toying with space just beneath overbought conditions around 65.00ish. Indicator resistance remains positioned at 78.97.

Scope for further upside is visible on the monthly scale, with the daily timeframe chalking up a potential line in the sand at 1.2278: a Quasimodo resistance level from 1.2278.

However, lower timeframe technical structure positions H1 around the 1.22 figure, representing possible resistance. This—coupled with another layer of H1 resistance at 1.2211 and the H1 RSI hovering within reach of overbought territory, as well as the H4 timeframe’s 61.8% (AB=CD) Fib level at 1.2206—perhaps unlocks a bearish scenario today, with short-term sellers likely taking aim at the 100-period simple moving average at 1.2178 as an initial base (H1).

With respect to trend, as noted in previous analysis, we have been higher since the early months of 2020. However, we must also take into account that the currency pair has been mostly directionless since the beginning of 2021.

The RSI shows the value took above the 50.00 centreline on Monday, a move highlighting trendline resistance, drawn from 80.12.

The Australian dollar extended Friday’s bullish narrative (delivered from FRESH demand at 0.7632-0.7653) on Monday, rising 0.3 percent against a broadly softer greenback. Overhead resistance falls on peaks around 0.7769 and Quasimodo resistance from 0.7782, shadowed by daily resistance noted above at 0.7816.

Supply at 0.7783-0.7771—capped upside pressure at the beginning of June—is within a stone’s throw of making an entrance, a range secured a few pips beneath the 0.78 psychological figure.

Should short-term flow take a step back today, visiting the 100-period simple moving average at 0.7724 could be on the cards, arranged just ahead of 0.77 psychological level.

RSI action remains around a key level of resistance at 72.21 on the indicator. Incapable of crossing above the resistance shows upside momentum is, in theory, potentially fading.

The daily timeframe’s consolidation between 0.7816 and 0.7699 remains centre stage.

Across the page on the H4 and H1 timeframes, intraday action, as underscored in Monday’s briefing, is tipped to lock horns with H1 supply at 0.7783-0.7771, which houses H4 Quasimodo resistance at 0.7782. Consequently, a bearish scene could unfold from within H1 supply if tested.

Alternatively, traders are urged to pencil in a possible drive to 0.78, a level sharing chart space with daily (range) resistance at 0.7816.

Although April finished lower by 1.3 percent and snapped the three-month winning streak, May (+0.2 percent) held the breached descending resistance, echoing potential support for the month of June, currently trading modestly on the backfoot by 0.2 percent.

As highlighted in Monday’s technical briefing, the piece noted that the lower border of long-term resistance at 110.94-110.29 (posted under supply at 111.73-111.19), in cooperation with Friday’s USD weakness in response to the latest US employment situation report, watched sellers make a show on Friday.

Amidst downside in US Treasury yields and the US dollar index (ticker: DXY) hesitantly elbowing through the 90.00 figure, USD/JPY appears poised to cross with 108.60ish lows (green oval), followed by supply-turned demand at 107.58-106.85.

The RSI remains stationed under resistance at 57.00 and is on course to tackle the 50.00 centreline. Should a break come to pass, a test of oversold might be in store, targeting support at 28.19.

For those who read Monday’s technical report you may recall the following (italics):

Through the lens of a price action trader, demand at 109.02-109.20—a decision point to initially push above 109.71 tops—will be on the radar, aligning with a trendline support, drawn from the low 107.48. What’s important to recognise is the higher low formed at 109.33 and subsequent higher high at 110.33. This activity draws the attention of trend traders (buyers) who may now have protective stops under the noted higher low. Knowing this, and by identifying demand nearby at 109.02-109.20, we could see a stop run form early this week.

As you can see, price touched gloves with H4 demand at 109.02-109.20 on Monday and has, for the time being, shown promise as a supportive structure.

Since mid-May, the H4 chart has been busy carving out a consolidation between 1.4096 and 1.4219. In spite of a handful of whipsaws (fakeouts beyond range extremes are common), the range remains intact as we move into the first full week of June.

From the RSI, momentum pulled away from space just beneath oversold resistance yesterday and dipped under 60.00.

Aside from the monthly and daily timeframes showing us price trades near 2021 highs at 1.4250, immediate technical structure on these timeframes is limited for the time being. In spite of the above, traders are urged to keep an eye on daily Quasimodo resistance at 1.4250 and daily support at 1.4003 this week.