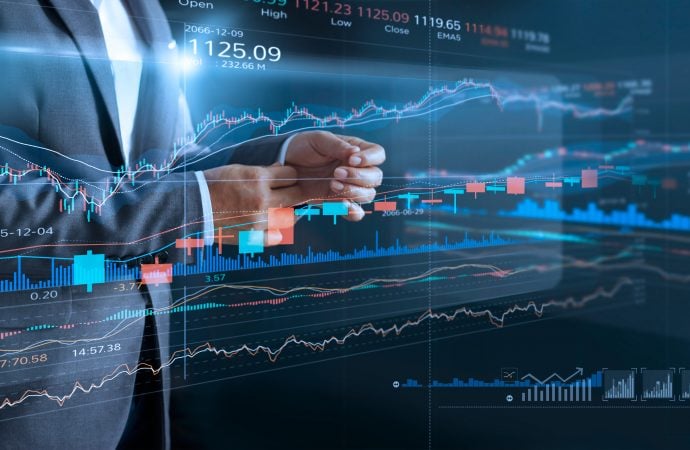 Following a three-month retracement, support at 1.1857-1.1352 made an entrance and inspired a bullish revival in April, up 2.4 percent at the close. May also extended recovery gains, trading higher by 1.7 percent. June, however, is off to a rough start, down nearly 1 percent.

Following stronger-than-anticipated US employment data, the US dollar scaled higher across the board on Thursday. According to the ADP National Employment Report, US private payrolls increased by 978,000 in May (consensus: 645,000); at the same time, US initial unemployment claims dropped to 385,000 (consensus: 400,000).

Recent events tested the resolve of buyers at support from 1.2169, guiding EUR/USD beneath the noted structure and throwing light on the 200-day simple moving average, circling 1.1978.

As underlined in previous analysis, the pair has been entrenched within a bullish theme since April’s low formed north of Quasimodo support at 1.1688, aided by the longer-term uptrend since early 2020.

Latest developments out of the RSI reveals the indicator sliced through support at 51.36, following May’s deterioration from highs at 68.70 (some analysts may view this as bearish divergence, though we tend to consider divergence signals within overbought and oversold territory). Continued downside here unlocks a possible test of oversold territory next week.

Following a swift retest at the underside of 1.22, sellers, aided by the 100-period simple moving average at 1.2208, unearthed a series of bearish candles which took the currency pair beneath Quasimodo support at 1.2132. Candlestick enthusiasts may also acknowledge the 1.22 test established what is known as a shooting star candlestick formation (bearish signal at peaks).

The current short-term picture has candle action on the verge of retesting 1.2132 as resistance, unmasking a potential dip to 1.21 bids.

Interestingly, the RSI is seen toying with oversold conditions. Exiting this space is considered a bullish cue, movement that could draw the value back to the 50.00 centreline.

Based on charts studies, H1 resistance at 1.2132 calls for attention. Having seen limited bullish intent off the H4 61.8% Fib level at 1.2125, as well as daily support from 1.2169 recently moving aside, a 1.2132 test today shows a dip to 1.21 could be on the cards—a move that may interest short-term bearish strategies.

Of late, however, AUD/USD experienced renewed bearish weight, pressured amidst optimistic US employment figures elevating the US dollar. Slicing through the lower edge of the said range has thrown support at 0.7563 in view as a potential objective should sellers maintain control. Note that the 200-day simple moving average is also close by at 0.7528.

With respect to trend, though, we have been higher since the early months of 2020. However, we must take into account that the currency pair has been directionless since the beginning of 2021.

Out of the RSI, the indicator convincingly nudged beneath the 50.00 centreline, following a dip from 60.30 peaks in May. Next stop could be oversold terrain.

Despite the earnest attempt to take charge of 0.7696-0.7715 support, buyers failed to find acceptance north of the 0.7750ish region, consequently leaving tops at 0.7769 and Quasimodo resistance from 0.7782 unchallenged.

As for the RSI indicator, the value recently bumped heads with support at 19.30, nestled within oversold space. Exiting this area will likely drive additional bullish awareness.

Longer term, in light of the daily timeframe pushing below range support at 0.7699, technical elements indicate an approach to daily support from 0.7563.

Although April finished lower by 1.3 percent and snapped the three-month winning streak, May (+0.2 percent) held the breached descending resistance, echoing potential support for the month of June, currently higher by 0.7 percent.

Thursday’s one-sided appreciation—bolstered on the back of solid US employment figures—observed USD/JPY cross paths with the lower edge of long-term resistance at 110.94-110.29 (posted under supply at 111.73-111.19).

The RSI recently mustered enough oomph to overthrow resistance at 57.00, an S/R level that’s been in play since March 2020. Above this base shifts attention to the possibility of further upside momentum into overbought terrain and resistance at 83.02.

Heading into US hours on Thursday, lifted on the back of a healthy USD bid, USD/JPY recoiled off the 100-period simple moving average at 109.65 and jumped above 110 to within a stone’s throw of Quasimodo resistance from 110.41.

Note that should the pair decline from current levels, 110 calls in as potential support, aided by Quasimodo resistance-turned support at 109.95 and a neighbouring trendline support, taken from the low 108.56.

The technical picture from the RSI reveals we’re trekking overbought terrain, currently fading tops around 82.00 and poised to exit the overbought area. The value exiting overbought tends to be viewed as a bearish cue, though given the prevailing uptrend, this could prove a false signal.

Long term, we have somewhat conflicting signals: monthly price forging support off a recently breached descending resistance line, alongside daily price touching gloves with the underside of resistance at 110.94-110.29. Higher timeframe action tends to take precedence over lower timeframes, therefore rising through the aforesaid resistance base could be in store.

Across the page, the shorter-term view shows that should a 110 retest develop on the H1 scale, given the level joins closely with a Quasimodo resistance-turned support at 109.95 and a neighbouring trendline support, this may stir a short-term bullish scenario. Alternative action, of course, might have H4 shake hands with supply at 110.85-110.46 and, by extension, test the mettle of H1 Quasimodo resistance at 110.41. A H1 close above the latter signals H4 supply is unlikely to offer much to sellers and could, in line with the monthly technical view, encourage additional buying.

Quasimodo resistance at 1.4250 made a show earlier this week and sponsored a bearish phase, with Thursday extending losses to lows of 1.4086 and bringing light to 1.4003 support. South of support, traders will note demand resides at 1.3857-1.3940—an important technical area where a decision was made to break above 1.4003 resistance.

Trendline support, taken from the low 36.14 on the RSI, gave up position in recent movement, following a period of diminishing upside momentum since May 11th.

Despite the H4 chart exhibiting a consolidation phase between 1.4105 and 1.4219 since mid-May, yesterday clawed through the lower edge of the said range and simultaneously engulfed trendline support, taken from the low 1.3668.

While whipsaws beyond range extremes are common, the fact price dethroned a trendline support adds weight to the breach. Support at 1.4007, therefore, could greet price should sellers remain in the driving seat.

1.42 welcomed sellers mid-way through London hours on Thursday, capping upside almost to the pip. Subsequent activity slipped through the 100-period simple moving average at 1.4177 to then nosedive into 1.41, a level arranged just north of support at 1.4078.

Following an earlier decline from resistance at 56.58, the RSI value is currently in the process of recovering from oversold levels.

Absent of support until 1.4003 on the daily timeframe, together with the H4 timeframe trading sub range lows at 1.4105 as well as taking out a neighbouring trendline support, the combination of H1 support at 1.4078 and 1.4100 may struggle to entice buying. As a result, a H1 close south of 1.4078 unbolts a possible bearish scene to as far south as the key figure 1.40, which, as you can see, aligns with daily support at 1.4003.