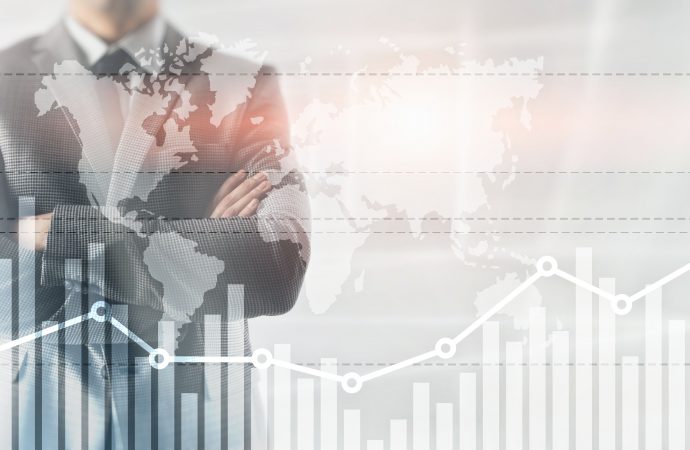 Following a three-month retracement, support at 1.1857-1.1352 made an entrance and inspired a bullish revival in April, up 2.4 percent at the close. May also extended recovery gains, trading higher by 1.7 percent.

Europe’s shared currency found some legs on Wednesday, aided not only on the back of the US dollar index (ticker: DXY) fading session tops (90.25), but also technical bids off Quasimodo resistance-turned support at 1.2169.

Quasimodo resistance from 1.2278 demands attention to the upside; navigating south, on the other hand, shines the technical spotlight back on the 200-day simple moving average, circling 1.1977.

The currency pair, as you can see, has been entrenched within a bullish theme since April’s low just north of Quasimodo support at 1.1688, helped by the longer-term uptrend since early 2020.

The RSI continues to echo weakening upside momentum (some analysts may view this as bearish divergence, though we tend to consider divergence signals within overbought and oversold territory). Indicator support is seen around 51.36.

Between the aforesaid levels, this appears to be no man’s land.

Following the formation of hidden bullish RSI divergence, price welcomed support at 1.2168—a level bolstered by a 61.8% Fib at 1.2178. Subsequently, short-term flow climbed the 1.22 figure and overthrew the 100-period simple moving average at 1.2205.

However, before breakout buyers can find acceptance, resistance at 1.2211 must be dethroned, a move potentially clearing the technical pathway towards two Quasimodo resistances at 1.2241 and 1.2257 (note in between the aforesaid levels, H4 resistance mentioned above at 1.2244 is visible).

RSI action is now toying with the 50.00 centreline; a decisive move north of this angle suggests overbought status could be on the cards, followed by resistance at 78.97.

Having observed daily flow rebound from support at 1.2169, in addition to the monthly timeframe exhibiting scope to pursue higher levels, H1 resistance at 1.2211 is unlikely to deliver much bearish activity. A H1 close north of 1.2210, therefore, may inspire a short-term bullish scenario towards the H1 Quasimodo resistances at 1.2241 and 1.2257 (along with H4 resistance at 1.2240).

Despite rupturing resistance at 0.7816 early May, the level maintains its position on the daily chart. Interestingly, since April 20th, AUD/USD has offered a non-committal tone, consolidating between the aforementioned resistance and support from 0.7699 (yellow). Of late, we can see the currency pair shook hands with the lower wall of the said range and adopted a mild bullish vibe.

Out of the RSI, the indicator remains flirting with the 50.00 centreline, following a dip from 60.30 peaks in May

Buyers picked up 0.7696-0.7715 support again on Wednesday—served as support and resistance since the end of January.

Supply at 0.7783-0.7771, an area which essentially formed a decision point to hammer through last Tuesday’s low at 0.7733, made an entrance yesterday and, following a reasonably spirited shooting star candle pattern (bearish signal), price exhibited a one-sided decline.

Brushing aside the 100-period simple moving average around 0.7737, a recovery subsequently developed within striking distance of support at 0.7714. This had price reclaim the 100-period SMA.

Traders who follow the RSI indicator will note the value pierced the oversold threshold yesterday, yet wrapped up the session on the front foot, north of the 50.00 centreline (a centreline cross indicates a strengthening of the trend).

The monthly chart is not offering much at this point. The daily timeframe, however, emphasises a bullish theme off range lows at 0.7699. This is further emphasised on the H4 scale following a rebound from familiar support at 0.7696-0.7715, with Quasimodo resistance at 0.7782 representing an upside target.

Knowing both daily and H4 are open to additional upside, H1 is likely to explore territory north of the 100-period simple moving average at 0.7737 today, crossing swords with supply at 0.7783-0.7771.

However, knowing H4 Quasimodo resistance resides at 0.7782 (essentially the upper edge of the noted H1 supply), this could draw a move through the supply to form a bull trap, movement which larger traders may look to fade (sell into) to take aim at the 100-period SMA.

An alternative scenario, of course, is H1 price tests 0.78. Having seen this level dovetail closely with daily resistance at 0.7816, between the latter and 0.78 could stir a bearish theme.

The RSI recently engaged resistance at 57.00, a level that’s been in play since March 2020. Above this base shifts attention to the possibility of further upside momentum into overbought terrain and resistance at 83.02, whereas below welcomes support around 28.19.

The benchmark 10-year US Treasury note fell in excess of 1 percent on Wednesday, hauling the US dollar (DXY off session tops around 90.24) and the USD/JPY lower.

Demand at 109.02-109.20—a decision point to initially push above 109.71 resistance which aligns closely with trendline support, drawn from the low 107.47—is in view should sellers demand further control.

Combining trendline support-turned resistance, pencilled in from the low 108.56, and a 61.8% Fib at 109.87 was sufficient to lure sellers into the market off 109.88 tops. As evident from the H1 scale, the unit settled just south of the 100-period simple moving average at 109.68, with technical eyes now pinned on neighbouring support at 109.45.

Technical information derived from the RSI shows the value travelled through the 50.00 centreline yesterday, following an earlier rotation out of overbought territory. Support at 31.10 is seen as a possible downside target, arranged just north of oversold.

Short term, attention is on H1 support at 109.45, having seen the base serve as a floor in recent movement. Despite this, the H4 timeframe echoes a possible continuation lower to cross paths with demand at 109.02-109.20 (H1 demand seen within its upper range at 109.07-109.20) before buyers make any serious attempts to push higher, as suggested by monthly flow trying to forge support off a recently breached descending resistance line.

Buyers and sellers have been squaring off (consolidating) a touch south of Quasimodo resistance at 1.4250 since May 18th, following an earlier 1.4003 support retest. Tuesday, however, witnessed the currency pair touch gloves with the Quasimodo and deliver a relatively forceful bearish showing.

Renewed interest to the upside will see 1.4250 likely attempt to form a ceiling again, though a break throws light on the 1.4376 April 2018 high (see monthly analysis).

The RSI recently came in contact with trendline support, taken from the low 36.14, following a period of diminishing upside momentum since May 11th.

Although an earnest attempt to find acceptance north of the H4 chart’s current consolidation between 1.4105 and 1.4219 was seen at the beginning of the week, the range remains intact.

Despite the overall trend facing a northerly trajectory, the range break to the upside connected with the daily Quasimodo resistance mentioned above at 1.4250. One can only imagine the number of range sellers caught out here and breakout buy-stops tripped (bull trap).

Leaving 1.41 unchallenged on Wednesday, GBP/USD bulls adopted an offensive phase and retested the underside of the 100-period simple moving average around 1.4182, set alongside a 50.00 retracement at 1.4179. Upstream, we can see that an attempt to cross above the SMA could have price test 1.42 resistance.

From the RSI, the value recovered from support at 33.00 and is currently retesting resistance at 56.58. Overbought space is also nearby, with resistance parked at 84.66.

From a short-term perspective, the combination of the 100-period simple moving average around 1.4182 and the 50.00 retracement at 1.4179 on the H1 may be enough to tempt an intraday bearish setting today. However, a spike higher to collect unfilled orders around 1.42 should not surprise before any downside attempt takes shape (1.42 aligns closely with the upper side of the H4 range at 1.4219).