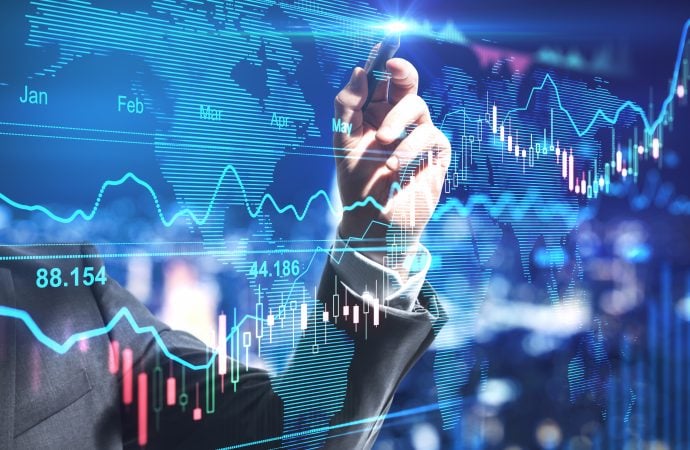 The US dollar remained mostly on the backfoot on Tuesday, despite the May ISM manufacturing index registering 61.2 from 60.7 (estimate: 60.8). However, according to the report, shortages of raw materials weighed on production.

Technically, last week established a floor off a Quasimodo resistance-turned support at 1.2169, in the shape of a dragonfly doji candlestick pattern (bullish signal) and encouraged a bullish showing on Monday. EUR/USD, as you can see, finished Tuesday considerably off session tops around 1.2254.

The RSI continues to echo bearish divergence, despite trend studies suggesting further upside is favourable (trending higher since March 2020) which reinforces the recent bullish narrative off 1.2169.

Resistance parked at 1.2244 made an entrance yesterday (a handful of pips south of the daily Quasimodo resistance level underlined above at 1.2278), though has yet to deliver much in the way of bearish activity. In terms of downside, limited support is visible until reaching 61.8% Fib support at 1.2133 (arranged above another 61.8% Fib level at 1.2125).

From the RSI, we have seen mild bearish divergence emerge this week, in addition to the value elbowing below the 50.00 centreline yesterday (a centreline cross signals trend weakness).

From a technical perspective, H1 and H4 show little stopping the currency pair from continuing to explore deeper water today until bumping heads with the 1.22 figure on the H1, joined with a 100-period simple moving average at 1.2202.

What’s also interesting from a technical standpoint is it is from 1.22 chart studies show buyers may attempt to make an entrance knowing that both the daily and monthly timeframe have space to run higher (at least until daily Quasimodo resistance from 1.2278).

Despite rupturing resistance at 0.7816 early May, the level maintains its position on the daily chart. Interestingly, since April 20th, AUD/USD has offered a non-committal tone, consolidating between the aforementioned resistance and support from 0.7699 (yellow). Of late, however, the currency pair shook hands with the lower wall of the aforementioned range and has taken on a bullish vibe.

Out of the RSI, the indicator remains flirting with the 50.00 centreline, following a dip from 60.30 peaks in May.

From the H4 scale, price action remains circling space between 0.7696-0.7715 support (served as support and resistance since the end of January) and Quasimodo resistance from 0.7782.

A closer reading of price action on the H1 scale reveals price derived a floor of support off the 100-period simple moving average around 0.7737 on Tuesday.

The RSI value crossed swords with overbought resistance at 70.61 (stationed just south of another resistance at 80.85) and is bound for the 50.00 centreline.

Should H1 buyers continue to govern control north of the 100-period simple moving average at 0.7737, confronting H1 supply at 0.7783-0.7771 is likely on the cards. However, knowing H4 Quasimodo resistance resides at 0.7782 (essentially the upper edge of the noted H1 supply), this could draw a move through the supply to form a bull trap, movement which larger traders may look to fade (sell into) to take aim at the 100-period SMA.

An alternative scenario, of course, is H1 price tests 0.78. Having seen this level dovetail closely with daily resistance at 0.7816, between the latter and 0.78 may stir a bearish theme.