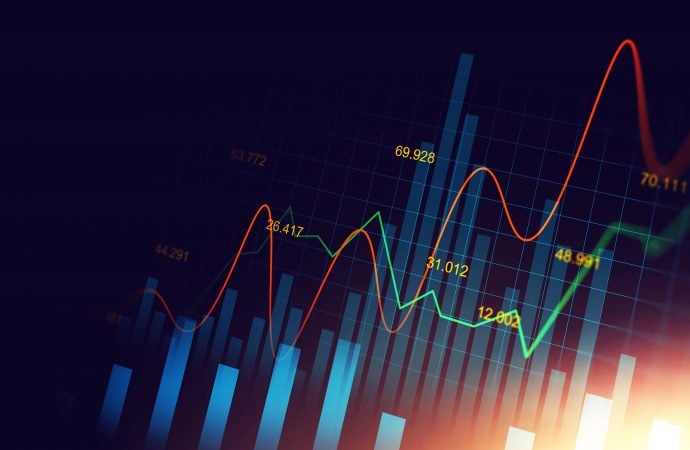 Down 2.4 percent MTD, June remains on the ropes. Reclaiming May’s gains and also chipping into April’s upside, EUR/USD is touching gloves with familiar support at $1.1857-1.1352.

Technically, Quasimodo support at $1.1836 and the 200-day simple moving average at $1.1993 continues to command attention on the daily scale.

Since Tuesday, H4 resistance at $1.1937 has occupied the market’s curiosity, despite a number of upside attempts.

What’s technically interesting is the 200-day simple moving average highlighted above at $1.1993 intersects with the aforesaid supply area.

Momentum studies, according to the RSI, has the value engaging support at 43.54. Resistance is seen at 78.97, tucked within overbought space, while south of support, the oversold range is on the radar.

In terms of Thursday’s data, in the week ending 19th June, US unemployment claims came in above 400,000 for a second consecutive week. US durable goods orders increased 2.3 percent in May, reversing a drop in April. And, according to the Bureau of Economic Analysis (BEA), Real gross domestic product (GDP) increased at an annual rate of 6.4 percent in the first quarter of 2021, according to the ‘third’ estimate. In the fourth quarter, real GDP increased 4.3 percent.

Recognising the monthly timeframe is coming from support at $1.1857-1.1352, on top of the daily timeframe exhibiting space to test the underside of the 200-day simple moving average at $1.1993, unwraps a bullish tone on the bigger picture.

Lower on the curve, in conjunction with higher timeframes, H1 holds support at $1.1924—reinforced by demand at $1.1895-1.1911—and H4 resistance from $1.1937 appears on the verge of stepping aside. Chart studies, therefore, indicates a bullish scenario could develop, targeting the $1.20ish neighbourhood.

June is currently down by 1.9 percent.

Latest out of the daily chart reveals the unit brushed aside the 200-day simple moving average at $0.7554, and directed focus on resistance at $0.7626. Note the aforesaid SMA could serve as support if tested.

From the RSI, the indicator exited oversold territory this week, which, as aired in recent analysis, is action some traders view as bullish.

Following price recoiling from support at $0.7485 at the beginning of the week, Wednesday crossed swords with resistance at $0.7588, with Thursday’s bullish efforts contained by the aforesaid resistance.

Beyond resistance, another resistance is visible between $0.7660 and $0.7635, consisting of Fibonacci retracement structure (blue).

The harmonic bat pattern’s potential reversal zone (PRZ) highlighted in previous writing between $0.7626 and $0.7600 remains to the upside. Price action traders will note that above the pattern’s PRZ we have resistance at $0.7646.

As for the RSI, the value is trading at 60.00, following an earlier test of resistance from within overbought at 72.21.