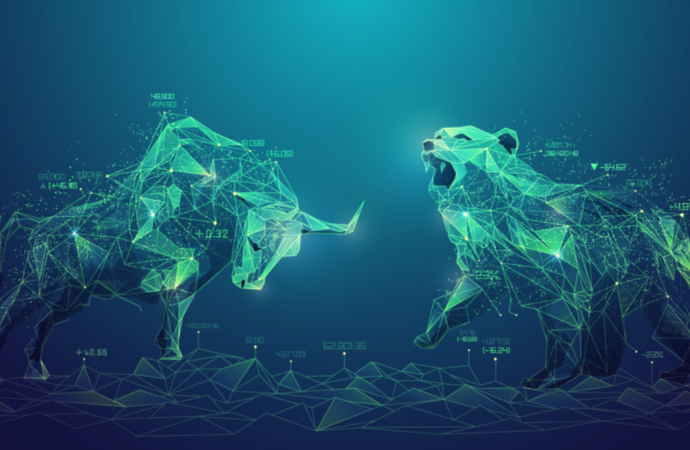 Despite holiday-thinned liquidity (US and UK), the US dollar index (ticker: DXY) navigated deeper water and elevated Europe’s shared currency.

Resistance is parked at 1.2244, a handful of pips south of the daily Quasimodo resistance level underlined above at 1.2278.

In conjunction with the bigger picture, H4 displays scope to approach resistance at 1.2244. With H1 testing the resolve of 1.22 offers Friday, the technical outlook suggests a break of this psychological level early week, leaning towards H1 supply drawn from 1.2240-1.2228, sited just south of H4 resistance mentioned above at 1.2244.

As evident from the H1 chart, despite a brief consolidation beneath 1.22, US trading hours on Monday witnessed EUR/USD bulls adopt an offensive phase and overthrow the 100-period simple moving average at 1.2205 to shake hands with supply from 1.2240-1.2228. Upstream, technicians will note Quasimodo resistance resides close by at 1.2257, sharing chart space with a 1.618% Fib expansion at 1.2249 as well as a 100% Fib projection at 1.2257.

Interestingly, out of the RSI, we are seeing upside momentum somewhat level off ahead of overbought space. Should the value enter 70.00, resistance calls for attention around 78.97.

Longer term reveals a reasonably healthy uptrend (since early 2020). Together with monthly making its way out of demand at 1.1857-1.1352 in April, and the daily timeframe displaying scope to approach Quasimodo resistance at 1.2278, EUR/USD bulls may remain in the driving seat for the time being.

Since the beginning of 2021, buyers and sellers have been battling for position south of trendline resistance (prior support – 0.4776 high) and supply from 0.8303-0.8082. Should a bearish scenario unfold, support at 0.7394 is featured to the downside, with additional downside pressure targeting demand at 0.7029-0.6664 (prior supply).

Despite rupturing resistance at 0.7816 early May, the level maintains its position on the daily chart. Interestingly, since April 20th, AUD/USD has offered a non-committal tone, consolidating between the aforementioned resistance and support from 0.7699 (yellow). Of late, however, the currency pair shook hands with the lower wall of the aforementioned range.

Out of the RSI, the indicator remains flirting with space south of the 50.00 centreline, following a dip from 60.30 peaks in May.

Risk currencies were among the outperformers on Monday against a broadly softer USD. AUD/USD, as you can see from the H4 scale, built on Friday’s modest recovery from 0.7696-0.7715 support (served as support and resistance since the end of January), clocking session tops around 0.7741.

Early hours Monday watched a muscular close establish north of Quasimodo support-turned resistance at 0.7714, which led to price action crossing paths with the 100-period simple moving average at 0.7740ish. Until now, the SMA has delivered a ceiling of resistance.

The RSI value rotated south on Monday, leaving overbought territory unchallenged and testing the 50.00 centreline. Crossing beneath the latter signals the possibility of downside momentum, with the indicator potentially taking aim at oversold space.

Technically, two possible scenarios are on the table today.

As highlighted in Monday’s technical briefing, a few pips shy of long-term resistance at 110.94-110.29 (posted under supply at 111.73-111.19), we witnessed price fade gains on Friday and shape what’s known as a shooting star candlestick pattern (bearish signal).

The RSI recently nudged above resistance at 57.00, with the value now retesting the aforementioned level as possible support. Holding this base shifts attention to the possibility of further upside momentum into overbought terrain and resistance at 83.02.

In line with the US dollar index (ticker: DXY), USD/JPY explored deeper terrain on Monday and slipped back under support from 109.71 (now stands as resistance).

Demand at 109.02-109.20—a decision point to initially push above 109.71 resistance and aligns closely with trendline support, drawn from the low 107.47—is next in view should sellers demand further control today.

Quasimodo resistance-turned support at 109.45, as well as intersecting trendline support, pencilled in from the low 108.56, and the 100-period simple moving average at 109.38, made an entrance on Monday, following a one-sided decline through 109.50.

From the RSI, the value rebounded from oversold levels on Monday (at the time price action connected with 109.45 support) and is seen climbing 40.00, as we write.

While an attempt to hold H1 support at 109.45 is underway, and despite the level joining hands with additional support (trendline formation and the 100-period simple moving average), the H4 timeframe echoes a possible continuation lower to cross paths with demand at 109.02-109.20 (contains H1 demand within its upper range at 109.07-109.20) before buyers make any serious attempts to push higher.

Of course, any bullish move is supported by the monthly flow trying to forge support off a recently breached descending resistance line.

Buyers and sellers have been squaring off (consolidating) a touch south of Quasimodo resistance at 1.4250 since May 18th, following an earlier 1.4003 support retest.

The RSI informs traders that upside momentum is levelling off, movement which may have trendline support, taken from the low 36.14, make an entrance.

Having noted the overall trend faces a northerly trajectory, a break to the upside to cross swords with the daily Quasimodo resistance at 1.4250 could be on the cards.

Similar to the H4 scale, we can see short-term H1 traders have been playing the range between 1.42 and 1.41 since mid-May. As you can see, though, Monday rallied above 1.42 and, in recent hours, retested the psychological figure as support, suggesting movement towards double-top resistance around 1.4246 is in store.

From the RSI, we can see the value is now retesting resistance-turned support at 56.58. Overbought could be targeted today, in particular resistance at 84.66.

Unchanged technical view from previous analysis. Scope to advance on the monthly scale to 1.4376—as well as a defined uptrend visible on the daily timeframe since pandemic lows around March 2020—shows the daily chart’s Quasimodo resistance at 1.4250 is perhaps vulnerable.

Knowing the bigger picture suggests higher levels, and seeing H1 retesting 1.42 as support, this may encourage a buy-the-dip theme to at least H1 resistance at 1.4246. This, of course, would entail breaking the upper side of the H4 range at 1.4219.