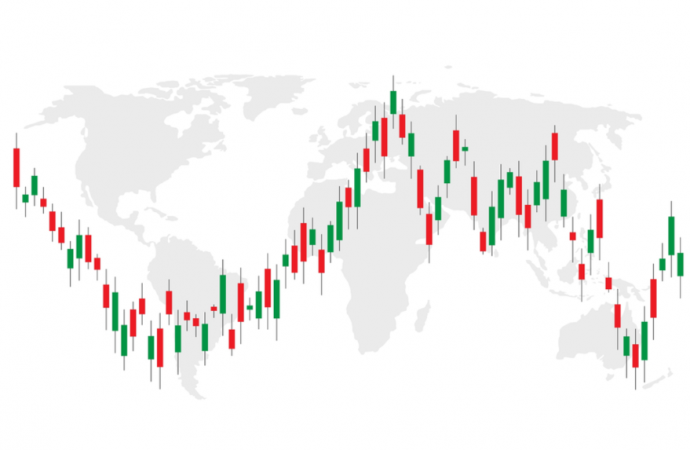 Following a three-month retracement, support at 1.1857-1.1352 made an entrance and inspired a bullish revival in April, up 2.4 percent at the close. May also extended recovery gains, trading higher by 1.7 percent. June, however, is down 0.8 percent as of current trade.

In recent analysis, the chart breakdown highlighted softness south of Quasimodo resistance at 1.2278 since May 25th. This swings the technical pendulum in favour of shaking hands with a 50.00% retracement ratio at 1.1986, a horizontal level sharing chart space with the 200-day simple moving average around 1.1990.

Against a basket of six foreign currencies, the US dollar index (ticker: DXY) eked out modest gains and clocked fresh monthly tops on Tuesday. In terms of news events, we had US retail sales register a lower-than-anticipated print of 1.3 percent in May, with the core metric lower by -0.7 percent. In a separate report, the Producer Price Index (PPI) increased by 0.8 percent in May vs. 0.6 percent in April. Next on tap, we have the US Fed taking centre stage.

Technically speaking, the H4 chart is unmoved. EUR/USD defended the 61.8% Fib retracement at 1.2094 on Monday—a value (green) stationed north of demand from 1.2044-1.2071—with Tuesday on track to maintain the short-term bullish narrative.

1.2044-1.2071 demand boasts a solid floor to be mindful of, infested with Fibonacci studies, including extension levels, expansions and projections. Space south of demand throws light on support coming in at 1.1990.

It is important to identify that should price move lower and challenge 1.21 again, demand at 1.2075-1.2085 is strategically positioned a touch under the psychological level. A whipsaw through the big figure—tripping sell-stops—could provide enough fuel for 1.2075-1.2085 bids.

As for the RSI indicator, we are seeing the value establish a mild recovery off 38.27 to reclaim 50.00+ status. Securing position north of here signals upside momentum may gather traction in the direction of overbought territory. Structure to be mindful of are resistance at 78.97 and support from 14.74.

Placing longer-term monthly action on the back burner for now, we can see the daily timeframe on the verge of sinking further, taking aim at a 50.00% retracement ratio at 1.1986. This, therefore, places a question mark on H1 breakout buying north of resistance at 1.2132. In fact, moves above this barrier, along with the 100-period simple moving average around 1.2142, could help facilitate a bearish theme off H4 resistance from 1.2158 (buy-stops driving price into H4 resistance offers, essentially providing fuel to move lower, assuming offers are heavy).

Ultimately, despite the lacklustre presence, the daily, H4 and H1 exhibit a downside bias for the time being.

June is currently down by 0.6 percent.

As anticipated (see Tuesday’s technical briefing), bearish forces took the wheel Tuesday. Helped lower by downbeat risk sentiment and a moderately buoyant greenback, the pair ruptured the lower side of a two-month range between resistance at 0.7816 and support from 0.7699 (yellow).

Support at 0.7563 is in view as a potential objective, deriving additional (dynamic) support from the 200-day simple moving average, circling 0.7545.

The RSI has worked with space south of the 50.00 centreline since May 20th—signs the value is headed for support at 37.92.

Latest developments out of the H1 chart reveals early London pulled the currency pair through 0.77 and retested the lower side of the horizontal base heading into US hours. Subsequent movement called price action lower, reaching a low of 0.7674.

In terms of the RSI indicator’s position (38.16), bullish divergence is currently underway (note some traders require a simultaneous oversold signal to validate divergence).

Traders are also urged to pencil in the possibility of H1 retesting 0.77, a level that may draw bearish curiosity.

The RSI continues to oscillate around resistance at 57.00. Additional structure can be found at support from 28.19 and resistance drawn from 83.02.

For those who read Tuesday’s technical briefing, the piece underlined the following (italics):

Given Tuesday’s lacklustre performance, it’s worth reminding ourselves of where we stand on the H1 chart. Tuesday’s technical briefing highlighted the following (italics):

Adding to the above, the RSI indicator recently dropped through trendline support, drawn from the low 20.25.

May, despite diminished volatility during March and April, traded firmly on the front foot, up by 2.8 percent. June, however, is somewhat depressed (down 0.9 percent), albeit recording fresh YTD peaks at 1.4250.

Sterling dropped to one-month lows versus the US dollar on Tuesday; the catalyst is unclear.

From a technical perspective, the decline moved GBP/USD to within a stone’s throw of support from 1.4003, forged north of demand at 1.3857-1.3940—an important technical area where a decision was made to break above 1.4003 resistance.

Trendline support, taken from the low 36.14 on the RSI, recently gave up position. This, coupled with the value tunnelling through the 50.00 centreline, suggests downside momentum may be on the cards.

The passage below is taken from previous analysis (italics):

As evident from Tuesday’s drop, price action sliced below both H4 consolidation supports and took on the aforementioned trendline support, perhaps squeezing out longs around the latter.

Tuesday’s spirited whipsaw to lows ahead of Quasimodo support at 1.4026 caught a number of traders off guard.

Interestingly, price reclaimed 1.4078 as support heading into US hours and, as we write, remains moderately loyal, despite 1.41 clouding the base.

Recent movement had the RSI dip a toe in oversold water, with the value circling space under the 50.00 centreline.