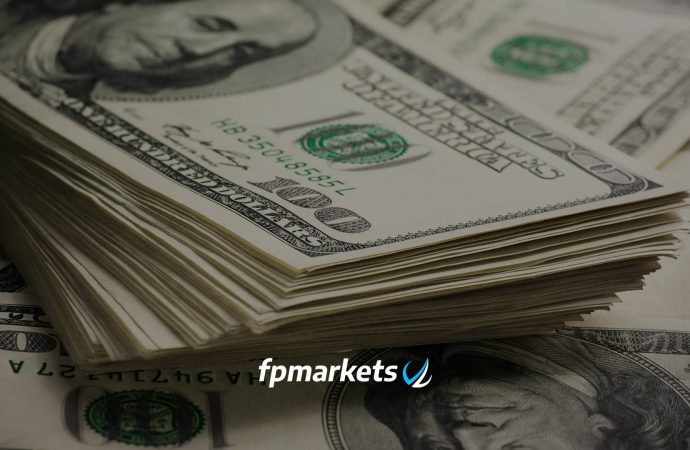 Last week had EUR/USD address a potential reversal zone (PRZ), derived from a harmonic bearish bat pattern (comprised of an 88.6% Fib ret level at 1.1395, a 161.8% BC projection at 1.1410 and a 161.8% Fib ext. level at 1.1462 [red oval]), and rotate lower into the week’s end. In addition to the bearish configuration, the RSI indicator recently exited overbought territory.

Despite this, Monday came back in force, reclaiming Friday’s losses and closing just off best levels.

The aforesaid support, sponsored by the US dollar index dipping to lower levels, prompted a recovery, maybe charting the way to supply at 1.1415/1.1376, an area boasting a connection to the daily PRZ structure.

Although somewhat swimming against the tide (higher-timeframe areas), buyers, after Friday completed an intraday ABCD pattern (where legs AB equal CD) at 1.1211 that prompted a recovery marginally above 1.1250, made it through 1.13 Monday.

Above 1.13, price met up with the 100-period simple moving average and 61.8% Fib ret level at 1.1331 (taken from legs A/D). Note 1.1331 represents the second take-profit target out of the ABCD pattern – this is a point you may see traders cover long positions.

Overall, according to monthly supply at 1.1857/1.1352, as well as the daily harmonic bat pattern’s PRZ capping upside, intraday buying may eventually fade.

Monday returned with a bullish outside day formation, on track to retest the underside of 0.6931. Support at 0.6755 remains in view.

It may also interest traders to note the 200-day simple moving average at 0.6664 is in the process of flattening, following months of drifting lower.

London’s morning session took the currency pair under 0.68, probing stops to lows at 0.6776. Price recovered, retook hold of the round number and retested the base as support heading into US trade. Follow-through buying had the pair climb 0.6850 and retest the level as support before going head to head with 0.69 and the 100-period simple moving average.

Recording its fourth successive decline Thursday, demand at 105.70/106.66 welcomed price action and, as you can see, put forth a bullish phase Friday. Despite the earnest recovery, impetus lacked Monday, finishing indecisively.

The question going forward, therefore, is the rebound from current demand sufficient to retest the 200-day simple moving average at 108.40?

Supply at 107.51/107.76 (prior demand) remains a visible fixture on this timeframe, holding price beneath its walls Monday though failed to revisit support at 106.91.

107 made a showing and ran local stops under 107.06 on Monday. The reaction threw intraday candles above the 100-period simple moving average, which, as you can see, holds as support as we head into Asia Pac hours Tuesday. The SMA also appears to be in the process of flattening.

Having noted H4 sellers out of the aforesaid supply lacked impetus to bring in support at 106.91, this implies buyers may be looking to jump in the driver’s seat today and force a move to H1 supply at 107.86/107.67 (located around the edge of H4 supply).

Monday, dominated largely by bids, snapped a two-day losing streak and concluded the session within shouting distance of the 200-day simple moving average at 1.2681.

The next upside objective beyond the dynamic value sits at supply at 1.3021/1.2844, positioned a touch above last Wednesday’s high. Seeking lower ground from current price, however, shines light on demand at 1.2192/1.2361 (essentially representing the decision point to crack 1.2647 [April 14 high]).

US trade penetrated trendline resistance (1.2813) and shortly after retested the barrier as support by way of a bullish inside candlestick pattern. This pushed for 1.26, which put up little fight, consequently throwing light on the 100-period simple moving average circling nearby at 1.2633.

Above the moving average, traders will likely swing for the 1.27 level, stationed just under resistance at 1.2740.

Monthly trendline resistance recently made an entrance, which, owing to the long-term downtrend, is currently capping upside. Recently breaking below the 200-day moving average on the daily timeframe at 1.2681 certainly adds weight to additional losses, with daily demand at 1.2192/1.2361 now in view (glued to the top edge of monthly support at 1.1904/1.2235). However, before we turn lower, a retest at the aforesaid moving average may be in order.