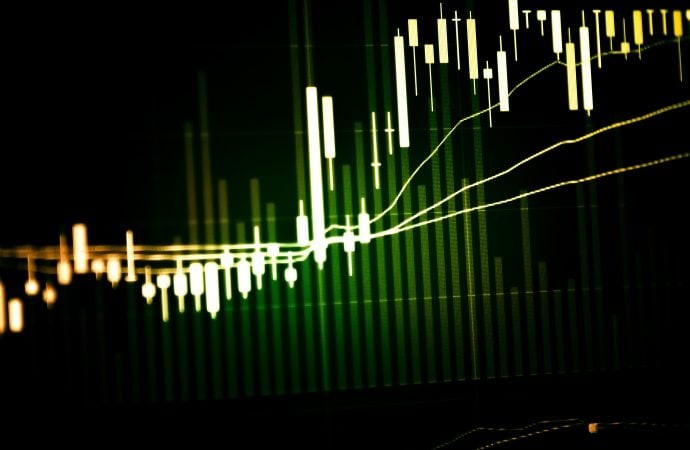 Following a three-month retracement, support at 1.1857-1.1352 made an entrance and inspired a bullish revival in April, up 2.4 percent at the close. May also extended recovery gains, trading higher by 1.7 percent. June, however, is off to a mildly rocky start, down 0.8 percent as of current trade.

In recent analysis, the chart breakdown highlighted softness south of Quasimodo resistance at 1.2278 since May 25th. This swings the technical pendulum in favour of shaking hands with a 50.00% retracement ratio at 1.1986, a horizontal level sharing chart space with the 200-day simple moving average around 1.1988.

Technically speaking, 1.2044-1.2071 boasts a solid floor to be mindful of, infested with Fibonacci studies, including extension levels, expansions and projections.

Space south of demand throws light on support coming in at 1.1990.

As evident from the chart, short-term sentiment navigated higher levels; breakout sellers clearly had a bad day on Monday, consequently delivering the currency pair to within striking distance of resistance at 1.2132, aligning to-the-pip with a 38.2% Fib retracement value.

It is important to identify that should price move lower today and challenge 1.21 once again, demand at 1.2075-1.2085 is strategically positioned a touch under the psychological level. North of current resistance, however, shines light on the 100-period simple moving average, currently circling around 1.2156.

Having seen the daily chart underline possible moves to a 50.00% retracement ratio at 1.1986, and the H1 chart showing signs of demand for lower prices ahead of resistance at 1.2132, retesting 1.21 is possible, from a short-term technical standpoint.

Despite a fleeting whipsaw to a low of 0.7645, resistance at 0.7816 and support from 0.7699 have outlined a range (yellow) since April 20th. However, technicians will note the recent pop south likely damaged the lower range edge, increasing the odds of sellers eventually taking the wheel.

Support at 0.7563 is in view as a potential objective below the current consolidation, deriving additional (dynamic) support from the 200-day simple moving average, circling 0.7542.

With respect to trend, we have been higher since early 2020, though we must take into account the currency pair has been mostly directionless since the beginning of 2021.

The RSI shows the value engaging with space beneath the 50.00 centreline, unable to penetrate the latter since mid-May. This warns upside momentum hangs by a thread and a drop in on support from 37.92 could be on the cards.

The technical story out of the H4 chart has the currency pair exploring no man’s land right now, at least according to basic chart studies.

A closer examination of price action on the H1 chart reveals the unit locked horns with resistance at 0.7722 on Monday, dovetailing closely with a 38.2% Fib retracement at 0.7720, and, heading into the early hours of US trading, pursued lower levels.

0.77—associated with a 61.8% Fib retracement marked in green at 0.7695—calls for attention as workable support, levels that claimed position late Friday and early Monday. Downstream, demand from 0.7634-0.7649 is on the radar.

Presented through the RSI indicator, momentum remains under its 50.00 centreline, a sign bears maintain control for the time being. Structure to be cognisant of are resistance from 72.21 and support at 19.30.

Based on technical studies, sellers appear to have the upper hand.

This is largely due to the decisive short-term dip from resistance at 0.7222—a location Monday’s technical briefing highlighted as a base sellers may be drawn to—and the daily timeframe threatening to conquer the lower side of its range at 0.7699.

USD/JPY, as you can see, demanded a bullish setting on Monday, ahead of Wednesday’s Fed meeting.

The RSI continues to oscillate around resistance at 57.00, with the value recently establishing mild bottoms ahead of the 50.00 centreline and attempting to find grip above the barrier. Additional structure can be found at support from 28.19 and resistance drawn from 83.02.

What adds credibility to the aforementioned supply zone—recently welcomed price action—is the overriding bearish position out of its base (red arrow), disturbing 109.63 and 109.52 lows. With this, and stops triggered above 110 fuelling 110.18-110.09 offers, a bearish theme is possible back under 110.

From the RSI indicator, the value is engaging with overbought conditions, mildly rotating from session peaks of 78.76.

Sterling against the dollar has emphasised an uneventful picture since May 18th, fluctuating between gains and losses south of Quasimodo resistance at 1.4250. Monday finished in the shape of a doji indecision candle.

Trendline support, taken from the low 36.14 on the RSI, recently gave up position, with Monday closing in on the 50.00 centreline.

The passage below was taken from previous analysis (italics):

Monday occupied the lower boundaries of the aforementioned consolidations, within a stone’s throw of trendline support.

Support at 1.4078 and the 1.41 figure invited a bullish phase on Monday, aided by the RSI value scraping oversold territory.

Despite bulls displaying interest, upside momentum levelled off heading into US hours, consequently forming RSI resistance around the 50.00 centreline. We do have the unit currently retesting 1.41, which if accepted, unlocks a possible move to the 100-period simple moving average at 1.4133.

Ultimately, to help validate a bearish presence, traders will want to see price below the said range supports and neighbouring H4 trendline support, from the low 1.3668.