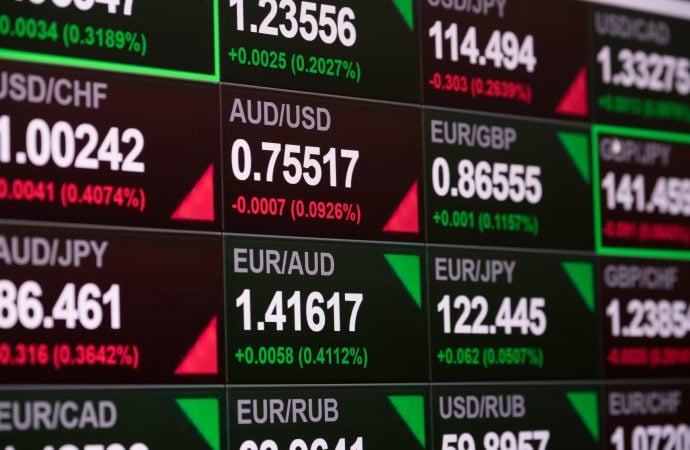 Quasimodo support at $1.1836 remains underwater on the daily scale, despite Europe’s shared currency receiving a modest boost following the latest FOMC minutes[1]. Continued interest south of $1.1836 throws light on another Quasimodo formation at $1.1688.

Demand from $1.1794-1.1822 appears overstretched, having US hours on Wednesday clip the lower edge of the zone and touch a session low of $1.1781. With buyers perhaps troubled and breakout sellers filled, Quasimodo support at $1.1749 could be the next level to welcome price action.

US trading on Wednesday witnessed H1 establish a hammer pattern—typically viewed as a bullish cue. What’s interesting is the candle formed a whipsaw through $1.18 bids. This filled protective stop-loss orders from those attempting to long $1.18 and trapped breakout sellers (bear trap). Support at $1.1784 (a previous Quasimodo resistance) was in place to facilitate a $1.18 stop run and, as a result, permitted informed buyers to jump on board.

Should H1 buyers secure position above $1.18 and head for H1 demand-turned supply at $1.1838-1.1850, this could be a location sellers attempt to make a show from. The rationale comes from Quasimodo support at $1.1836 on the daily timeframe offering little right now and H4 demand at $1.1794-1.1822 echoing a feeble tone. On top of this, June has displayed a series of lower lows and lower highs.

Buyers and sellers are in the process of battling for position between supply-turned demand at $0.7453-0.7384 (houses a number of Fibonacci levels) and the 200-day simple moving average at $0.7570, a dynamic value sheltered south of resistance from $0.7626.

Demand at $0.7479-0.7492—though not a premium formation—aided an AUD bid heading into the early hours of Europe on Wednesday, dethroning $0.75 and clocking highs just south of resistance at $0.7546. Things soured amid US hours, nonetheless, dropping through noted areas to test space ahead of Quasimodo support at $0.7460 before retesting the mettle of $0.75 as resistance in recent hours.

Momentum, according to the RSI, reveals mild bullish divergence forming. This essentially shows pressure to the downside easing, serving as a warning that buyers could enter the fray.

The response from the lower side of $0.75 is likely to draw technical eyes on the H1. Evidence in favour of sellers taking the wheel here is room to push lower on H4, daily and monthly timeframes, with H1 players perhaps taking aim at Quasimodo support from $0.7460, followed by the upper side of supply-turned demand at $0.7453-0.7384 on the daily timeframe.

Tuesday cutting through trendline support, taken from the low ¥102.59, and Wednesday embracing this position—albeit in the shape of a doji indecision candle—highlights supply-turned demand at ¥107.58-106.85 as a reasonable downside target.

In terms of where we stand on the RSI, the value marginally dropped through the lower wall of an ascending channel between 58.82 and 47.51. Below here, the 50.00 centreline is in sight.

For those who read Wednesday’s technical outlook you may recall the following (italics):

As evident from the H4 chart, Quasimodo support at ¥110.48 and associated Fib studies delivered a floor on Wednesday. Buyers, although appearing hesitant, could take aim as far north as resistance from ¥111.56.

Support coming in from Fib studies on the H4 at around ¥110.50 appears to have reinvigorated interest at H1 demand from ¥110.47-110.55, despite its lower edge giving way early Wednesday.

Bulls taking the lead from current demand draws attention to ¥111 and the 100-period simple moving average around ¥110.97, while knocking under the aforesaid demand places support at ¥110.33 in the light.

Coming from the RSI, the indicator is engaging the 50.00 centreline. Important structure to be aware of are support at 18.76 and resistance from 78.38.

As mentioned in previous analysis, longer term, a decisive trendline support breach on the daily timeframe, drawn from the low ¥102.59, is likely to place any buying under pressure. Until that point, though, short-term action is focused on support around the ¥110.50ish region on the H4, and H1 demand at ¥110.47-110.55. Near-term upside targets rest between the ¥111 level and the 100-period simple moving average around ¥110.97 on the H1.

Momentum, measured by the RSI, has slowed to the downside of late, despite fresh (price) lows recently forming. This is shown by way of RSI bullish divergence.

Venturing south of this level unlocks another Quasimodo support at $1.3712.

Similar to Tuesday, Wednesday settled around the lower side of $1.38 and nearby 100-period simple moving average at $1.3814, following earlier optimism a touch north of $1.3750.

The RSI recently formed bullish divergence off support at 30.00 (the oversold threshold), with the indicator now touching gloves with the 50.00 centreline. Above here, overbought resistance is found at 72.00.