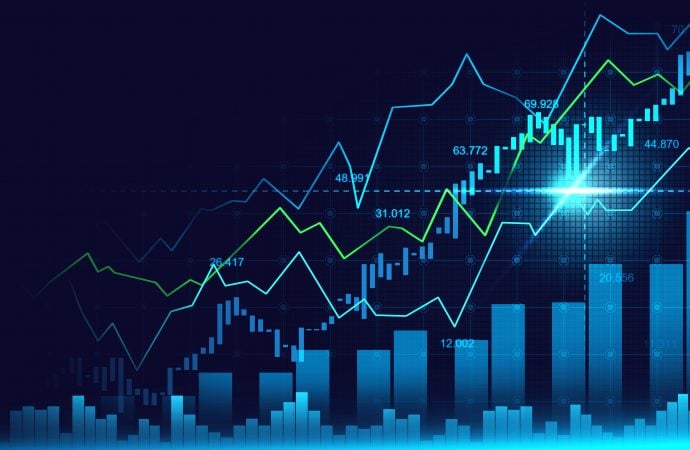 Interestingly, July, currently trading +5%, is on course to overthrow the aforesaid trendline resistance and supply.

Despite Tuesday’s modest retreat out of supply at 1.1798/1.1723, EUR/USD bulls went on the offensive yesterday and marginally nudged above the upper boundary of the aforesaid supply.

Additional upside, moves that overrun current supply, throws light on another supply from 1.2012/1.1937. With respect to the RSI indicator, traders will note the value trades within overbought terrain.

Early US trade observed buyers make an entrance, dominating a local trendline resistance (1.1781), and retesting the latter following a 1.18 rejection.

On account of the above analysis, based on daily price taking on supply and monthly trading above trendline resistance, a H1 break of 1.18 could be on the menu, with intraday buyers targeting 1.1840 H1 resistance as an initial base. This implies a break of the H4 resistance zone.

0.7197 resistance made its way into the fold Wednesday, as the Australian dollar pencilled in a fourth successive advance vs. the greenback.

Heading into Wednesday’s London session, the H1 candles entered into a consolidation phase in between the 0.72 level and trendline support (0.7063).

With respect to the RSI oscillator, we’re still holding above 50.00 though remain reluctant to enter overbought terrain.

Monthly price sweeping through supply and associated trendline resistance, may feed a 0.7197 resistance breach on the daily timeframe towards supply 0.7264/0.7224. Note a move higher is in line with the immediate trend.

The above implies intraday bullish strategies are possible north of the 0.72 region. In addition, it also implies current H4 supply may be fragile. 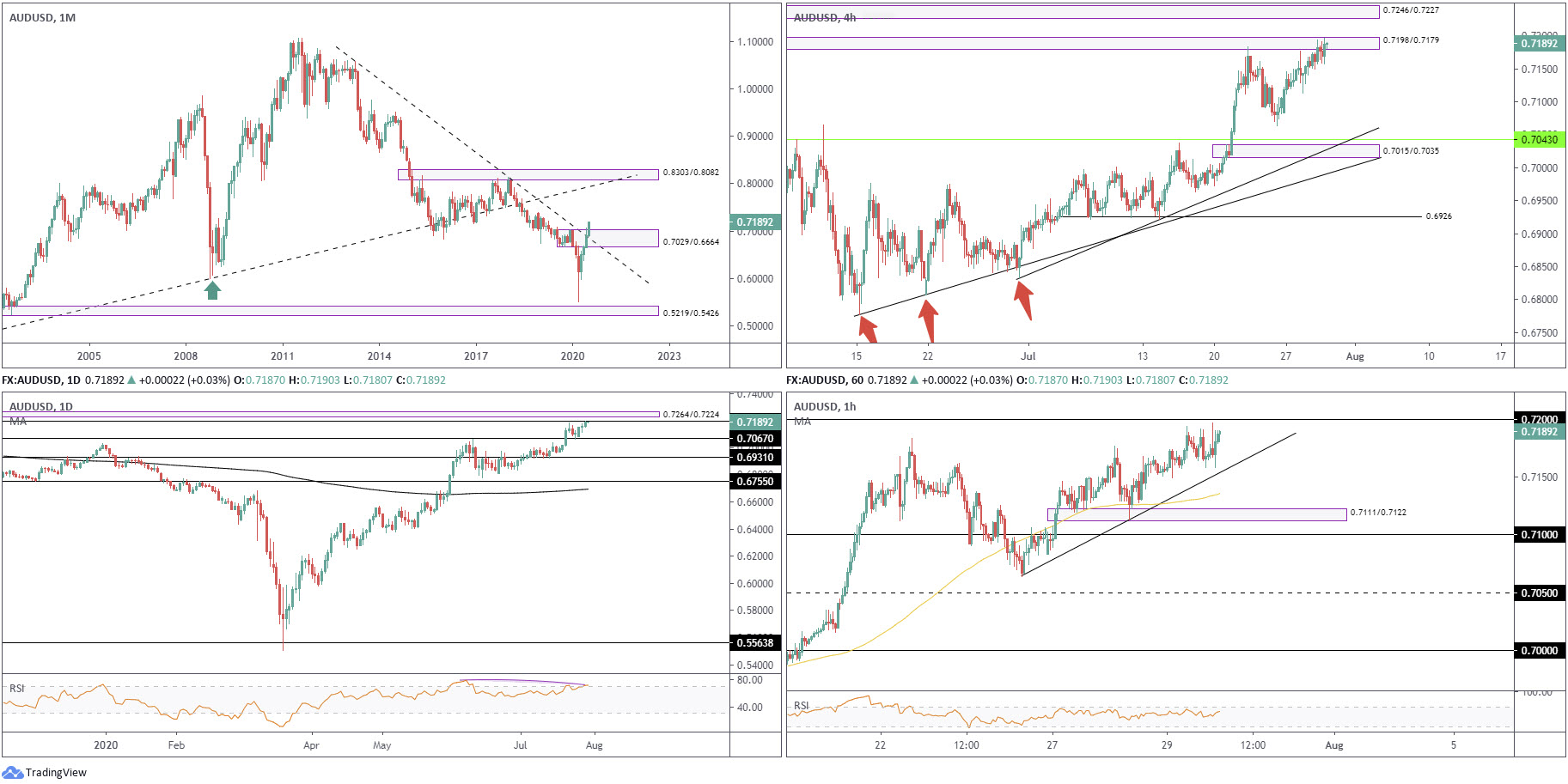 April and May were pretty uneventful, with June also wrapping up indecisively in the shape of a neutral doji candlestick pattern. July, nonetheless, currently trades lower by 2.8%.

However, current support is seemingly hanging on by a thread, after the pair printed a fifth successive daily decline. Does this indicate we may be headed for demand at 100.68/101.85, extended from October 2016?

Also noteworthy is the RSI indicator recently bottomed within the oversold boundary.

Featured as a possibility in yesterday’s analysis, Wednesday’s activity dipped through the 105 level and met 104.82 support. The initial test elevated the pair back above 105 and was likely enough to persuade intraday buyers to take action. Upside, as you can see though, was short lived, perhaps threatened by supply at 105.37/105.12, with 105 losing grip and 104.82 welcoming price once more.

While daily buyers are nursing losses under support at 105.01, monthly trades within close proximity of 104.62, the lower edge of the descending triangle. Does this imply we’re looking at a 104.50 test on the H1 timeframe before buyers step in?

GBP/USD trades higher by 4.8% in July, with long-term trendline resistance (1.7191) displaying signs of giving way after support at 1.1904/1.2235 withstood downside attempts in April and May.

After squeezing above the 200-day simple moving average, the pair is on course to topple supply from 1.3021/1.2844 following Wednesday’s ninth consecutive daily advance. Channel resistance (1.2813) is likely next in the firing range.

The RSI oscillator is also seen toying with the 80.00 overbought value.

As you can see, last Friday kicked through the upper borderline of a bullish pennant formation between 1.2768/1.2644 and, after overturning supply at 1.2851/1.2805, followed through to the pattern’s take-profit target at 1.3008 yesterday (measured by calculating the preceding move and adding this value to the breakout point – pink).

The additional outperformance witnessed Wednesday had price movement address the widely watched 1.30 level and also retest 1.2950 support. Traders will also note the noted support line is situated north of a rather interesting demand drawn from 1.2914/1.2936. Additional areas to pencil in are demand at 1.2860/1.2880 and trendline support (1.2518).

With reference to the RSI oscillator, the value is currently producing mild bearish divergence.

Under 1.30, traders may observe additional selling materialise having noted the recent bullish pennant pattern completing at 1.3008 (buyers may look to cover positions). Whether this will be enough to bring in H1 demand at 1.2914/1.2936 for potential dip-buying, however, is a tough call.

Failure to pull lower, 1.30 opening its doors is also likely to please breakout buyers. Upside targets above 1.30 can be set at 1.3050, as well as the daily channel resistance, currently positioned around 1.3060.