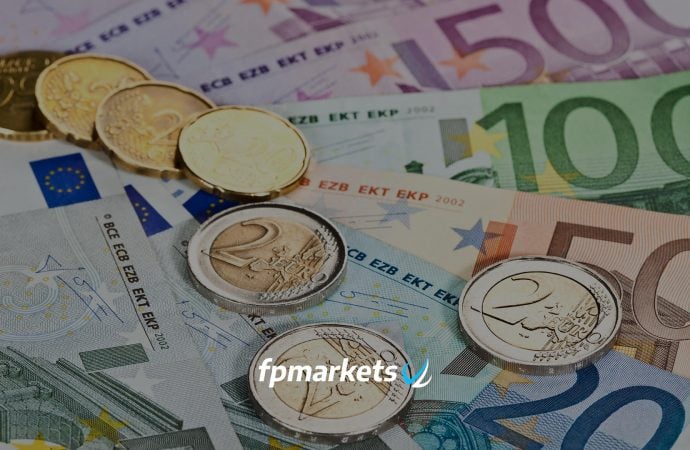 Thanks to yesterday’s bullish extension, a move that crossed above resistance at 1.1553, market participants are now likely eyeing a 5-wave completion around 1.1669 (where wave 1 equals wave 5). This, therefore, puts forward a bullish presence until reaching the aforesaid level.

Price embraced 1.16 heading into US trade yesterday, following an earlier push off channel support (prior resistance – 1.1467) during London which delivered enough upside to also haul the RSI into overbought territory.

With 1.16 currently featured as resistance, and the RSI exiting overbought waters, 1.1550 support is located close by, with a breach here unmasking channel support (1.1467) and 1.15.

Noting monthly price trading above trendline resistance, albeit within the parapets of supply, daily price dethroning resistance at 1.1553 and the current trend indicating a northerly course, 1.1550 support on the H1 could be on the watchlist for many traders today for bullish signals. 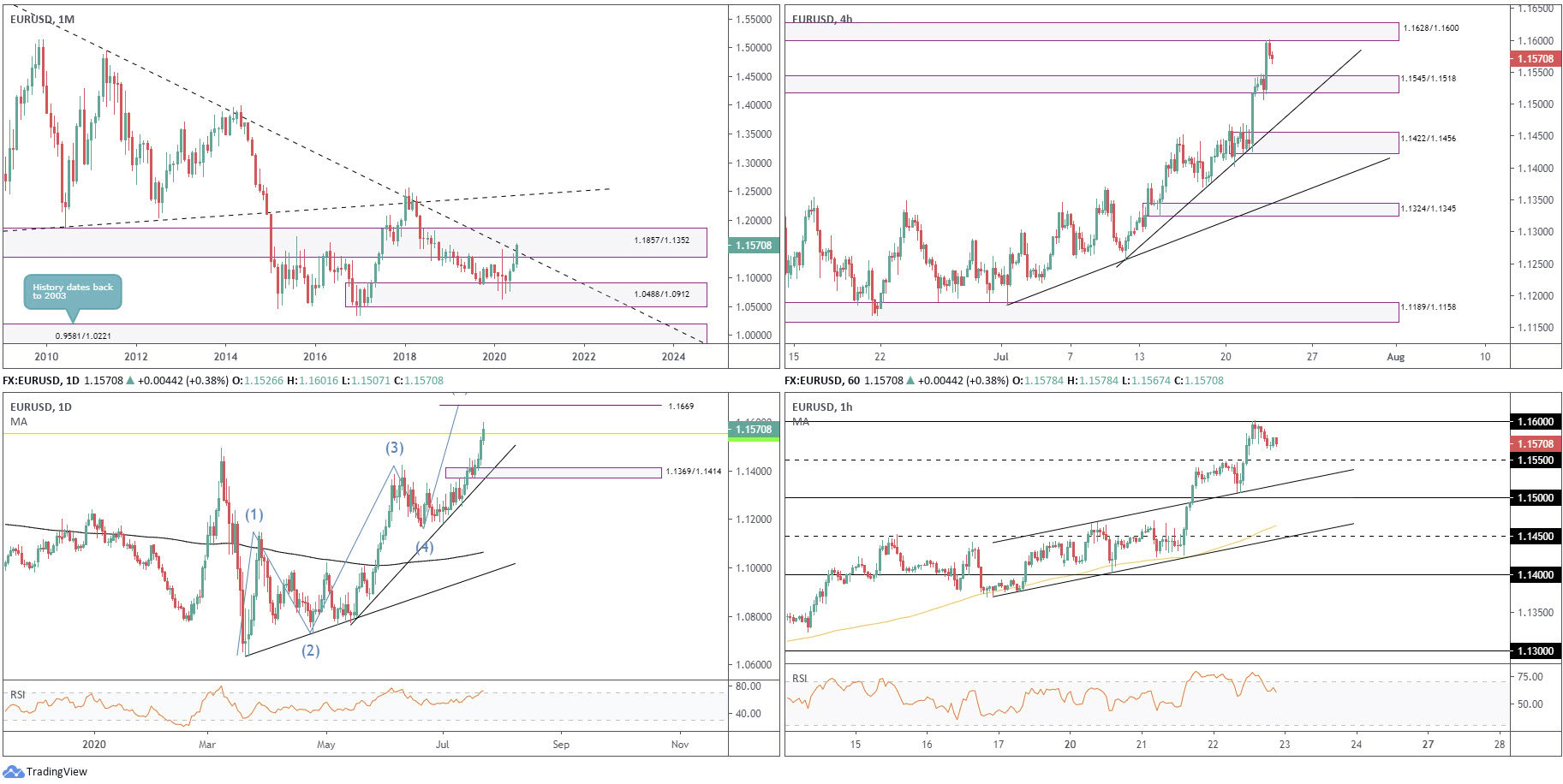 May’s extension, together with June and July’s follow-through has witnessed supply at 0.7029/0.6664, and intersecting long-term trendline resistance (1.0582), give way in recent trading. Technically, this could liberate buyers to as far north as 0.8303/0.8082, a supply zone that aligns closely with trendline resistance (prior support – 0.4776).

Despite this, the market’s primary trend points south, demonstrating a series of lower lows and lower highs since mid-2011.

Since ousting resistance at 0.6931, the level has been featured as support with Wednesday’s price action coming within a stone’s throw away from reaching 0.7197 resistance. Candlestick traders will also note yesterday finished by way of a shooting star candle pattern, considered a bearish signal at peaks.

In terms of the RSI oscillator, the value recently entered overbought territory.

Wednesday saw supply at 0.7158/0.7137 accept a whipsaw through its upper boundary, taking in the lower ledge of supply from 0.7198/0.7179. Technicians will acknowledge the latter also holds daily resistance at 0.7197 within its upper boundary.

Entering US trade on Wednesday, following a shooting star candlestick formation (bearish signal), AUD/USD found its way through 0.7150 into local demand at 0.7118/0.7146. Buyers and sellers, therefore, are seen squaring off between the noted demand and 0.7150 resistance.

Sliding under current demand lands things within close proximity to 0.71 psychological support, whereas toppling 0.7150 resistance, aside from yesterday’s high at 0.7182, could lift the currency pair to as far north as 0.72.

Having noted monthly price climbing through supply at 0.7029/0.6664/trendline resistance, along with the current trend facing northbound, H1 rallying out of demand at 0.7118/0.7146 could be in store today.

Contrary to the above, however, daily price dented the surface of resistance at 0.7197 yesterday and formed a bearish candle signal. This, along with H4 suggesting moves to 0.7102/0.7084, may weigh on bullish strategies above 0.7150 resistance on the H1 and potentially head for 0.71 (also represents the top edge of H4 demand).

Demand at 105.70/106.66 remains in focus on the daily timeframe. Although a reasonably hardwearing zone since early May, buyers appear to be lacking spirit. The previous reaction on June 23, as you can see, failed to reach the 200-day simple moving average at 108.33 before rotating lower, emphasising buyer weakness.

Outside of the aforesaid range, peaks around 107.77 and the 108.09 level represent resistance, while through demand we can see support at 105.99.

Recent trade, however, is defending the 100-period simple moving average at 107.12 – a breach of here could see buyers and sellers butt heads at 107 support.

In terms of the RSI momentum oscillator, the value tested levels ahead of overbought territory yesterday and has since turned marginally lower.

Local supply on the H1 at 107.32/107.24, in light of its connecting confluence, is likely to hold price lower and overrun the 100-period simple moving average to approach 107.

Support at 1.1904/1.2235 and long-term trendline resistance (1.7191) offers durable structure to work with on the monthly timeframe, with the latter recently receiving price action.

After mingling below the 200-day simple moving average at 1.2698 since July 9, Tuesday squeezed above the aforesaid value and finished considerably off worst levels Wednesday. As a result, price action could work its way back to supply coming in from 1.3021/1.2844.

The RSI is seen closing in on overbought levels.

Despite a brief flicker of activity north of 1.2750 resistance Tuesday, buyers stepped aside Wednesday and allowed price through 1.27, dropping as far south as 1.2650 support into early European trade. US action, however, rejuvenated buyer interest, reclaiming 1.27 and shining light on 1.2750 resistance.