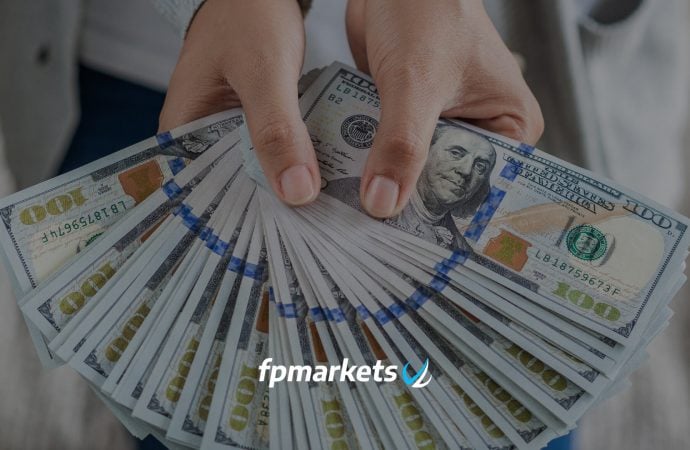 Demand fixed from 1.1189/1.1158 (prior supply) continues to derail downside attempts on the H4 timeframe. Channel resistance is in sight as the next available upside target (1.1422), followed by resistance at 1.1348.

Failure to uphold current demand could result in another layer of demand making a show at 1.1115/1.1139, an area closely sharing space with channel support (1.1168).

Heading into the early stages of Asia Tuesday, candle action crossed paths with 1.1250 resistance and the 100-period simple moving average. This was enough to unleash a decline towards familiar demand at 1.1181/1.1202 (glued to the upper edge of H4 demand at 1.1189/1.1158), which threw candles back towards 1.1250 into the closing hours.

A break of the aforesaid 100-period simple moving average, in line with higher-timeframe direction, may direct intraday action back to H1 demand at 1.1181/1.1202.

May’s extension, as well as June’s follow-through, has supply at 0.7029/0.6664 echoing a vulnerable tone at the moment, despite benefitting from additional resistance by way of a long-term trendline formation (1.0582).

After June 11 overpowered support at 0.6931, the base has proved itself as a resistance throughout June.

Following a period of hesitation, AUD/USD bulls made an entrance yesterday, swinging the aforesaid resistance back within touching distance.

In case of a break to the upside, two trendline resistances inhabit territory close by (prior supports – 0.6744/0.6671). Support at 0.6755 also remains in position to the downside, with a break throwing light on the 200-day simple moving average at 0.6666, a dynamic value in the process of flattening, following months of drifting lower.

Last Wednesday’s tumble proposes the prospect of a double-top pattern forming off 0.6977, with a neckline at 0.6807 (blue arrows). This pattern still remains a possibility despite yesterday’s move higher.

Following a dip under 0.6850, US trading had buyers latch onto a firm bid, a move that dethroned the 100-period simple moving average and tested/mildly surpassed the 0.69 level.

H1 establishing a position above 0.69 could motivate additional intraday bullish sentiment today, with daily resistance in view at 0.6931, followed by the lower base of H1 supply at 0.6948/0.6935.

The month of March concluded by way of a long-legged doji candlestick pattern, ranging between 111.71/101.18, with extremes piercing the outer limits of the aforementioned descending triangle formation. April and May were pretty uneventful, with June also recently wrapping up indecisively in the shape of a doji candlestick pattern.

USD/JPY came out swinging from demand at 105.70/106.66 last week, putting forward a bullish inside candle pattern. Monday and Tuesday extended gains, taking aim at the 200-day simple moving average around 108.37.

Leaving 107.50 unopposed as support Tuesday, upside gained speed heading into US trading and eventually delivered intraday flow to highs just under 108. In addition to this, RSI traders will note bearish divergence forming.

Should buyers catch another tailwind today and overrun 108, the 108.50 resistance may make its way into view.

Round numbers commonly come under fire. 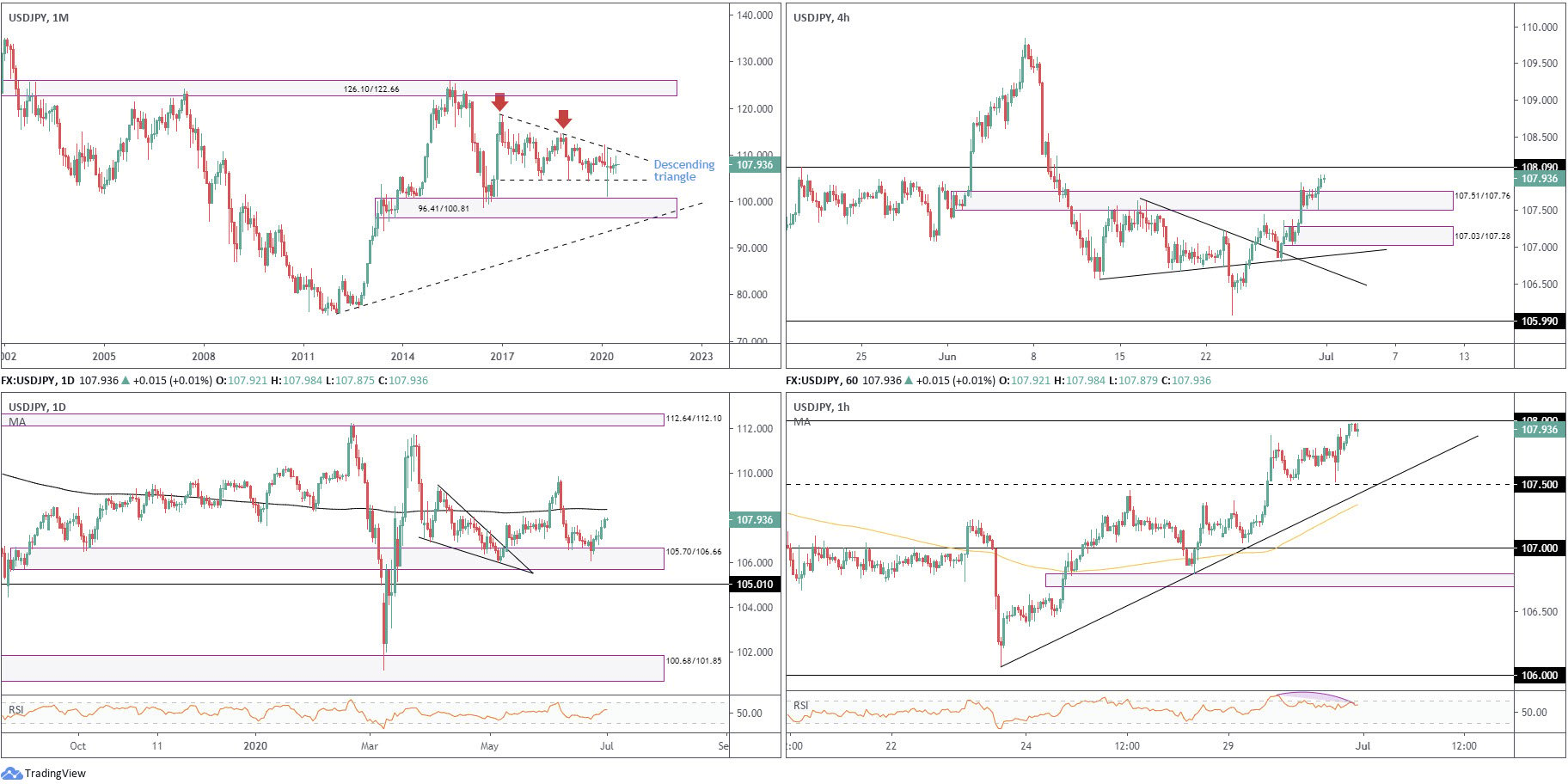 Support at 1.1904/1.2235 and long-term trendline resistance (1.7191) remain clear structure on the monthly timeframe, with the latter prompting a notable upper shadow in June, shaped by way of a shooting star candlestick pattern.

Thanks to Wednesday’s bearish outside day, and additional downside on Friday and Monday, demand at 1.2192/1.2361 re-entered play. This, as underscored in recent analysis, is an area not only fastened to the top edge of monthly support, it is also considered the decision point to break 1.2647 (April 14 high).

1.2235 (black level), the top edge of monthly support, was a noted level to keep tabs on as a possible reversal base from within the aforesaid demand. As you can see, active buyers chose to ignore 1.2235 and climb, consequently closing nearby session highs at 1.2401.

Out of demand at 1.2231/1.2279, as you can see, price regained some lost ground against the dollar yesterday, though unfortunately left 1.2239 unchallenged. Looking ahead, trendline resistance (1.2813) now represents a potential headwind for the pair.

A number of key technical resistances were overrun Tuesday, including the 1.23 level and the 100-period simple moving average. The day’s close, however, landed within the parapets of a supply zone at 1.2415/1.2386, housing the 1.24 level and intersecting with the H4 trendline resistance underscored above.

Also of interest is the RSI oscillator recently drilled into overbought territory, but appears to be in the process of flattening.

Monthly price, despite Tuesday’s rally, still appears to have eyes for the top edge of support at 1.2235, located within the lower section of daily demand at 1.2192/1.2361.1.2235 will likely make an entrance in the event we fail to build on the recent recovery.

Against the backdrop of the higher-timeframe position, H1 and H4 traders are perhaps expecting a pullback to emerge, due to H1 supply at 1.2415/1.2386, along with the 1.24 level and H4 trendline resistance.