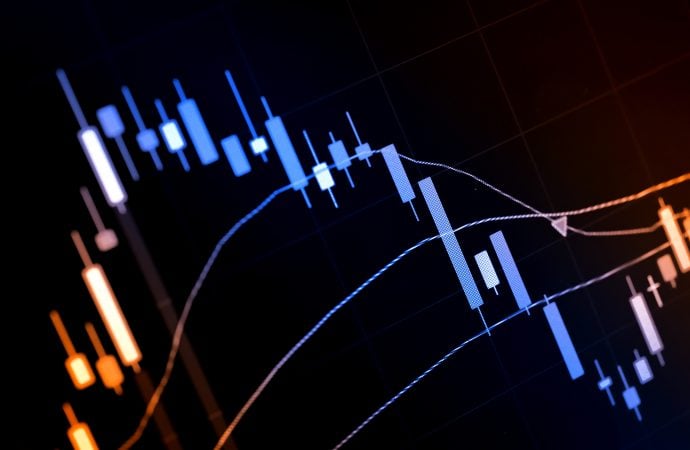 The US dollar—according to the US dollar index—recovered some lost ground on Thursday, following Fed Chair Powell on Wednesday stating he’s confident recent inflation is associated with post-pandemic growth and will fade.

Technically, EUR/USD structure remains unchanged as the pair continues to work with a reasonably narrow range between $1.1880 and $1.1776. Quasimodo support at $1.1688 calls to the downside, while any upside attempts perhaps reignites interest at the 200-day simple moving average, circling $1.2002 (sheltered beneath supply at $1.2148-1.2092).

The relative strength index (RSI) worked its way out of oversold territory in recent sessions and is on the door step of the 50.00 centreline. Crossing north informs traders that average gains exceed average losses, and momentum is to the upside.

As for the relative strength index (RSI), the value stepped below the 50.00 centreline on Thursday, showing average losses exceed average gains for now. Oversold territory could, therefore, be on the cards today.

According to charts studies, attention is on the H1 timeframe’s Fibonacci structure: between $1.1886 and $1.1878 for resistance and between $1.1745 and $1.1748 for support. The $1.18 figure boasts limited convergence with additional technical tools, aside from the market perhaps viewing this angle as feeble due to the unit trending lower since June.

July is currently down 1.1 percent.

Territory above demand shines light on the 200-day simple moving average at $0.7579, a dynamic value sheltered south of resistance from $0.7626.

AUD/USD largely overlooked better-than-expected Aussie employment data early hours Thursday, as the US dollar climbed higher across the board. Also in the spotlight again was Fed Chair Powell backing up his recent comments to continue supporting the economy in spite of higher inflation.

The big figure $0.74 may also interest traders, having seen the level arranged above monthly support at $0.7394. Traders are urged to pencil in the possibility of a whipsaw through $0.74 to test the monthly barrier, action which could welcome buyers into the market.

July trades 1.2 percent in the red.

Leaving the lower belly of trendline support-turned resistance (taken from the low 102.59) unchallenged, the US dollar extended Wednesday’s downside presence on Thursday. Despite the US dollar index outperforming, USD/JPY was weighed by increased selling in US Treasury yields amidst the risk-averse setting.

Brushing aside last Thursday’s low at $109.53 potentially sets the technical stage for further weakness to as far south as ¥107.58-106.85: supply-turned demand.

In terms of the relative strength index (RSI), the value rotated south ahead of the lower side of a recently breached ascending channel between 58.82 and 47.51, encouraging moves through the 50.00 centreline. Traders, therefore, will likely be monitoring this indicator for further weakness beneath 50.00, possibly headed for oversold waters.

Late Wednesday tunnelled below ¥110, underpinning a retest scenario on Thursday, which, as you can see, welcomed fresh selling. Sustained pressure to the downside urges traders to take note of two Quasimodo support levels at ¥109.37 and ¥109.61.

The relative strength index (RSI) failed to find acceptance above the 50.00 centreline yesterday, with the value retreating to 40.00 by the session’s end. Indicator support set within oversold at 18.76, therefore, is in view.

Though having recently witnessed both daily and H4 timeframes cut through trendline supports, sellers may still have the upper hand and push towards H1 Quasimodo support at ¥109.37 and H4 demand from ¥109.02-109.20.

Since the beginning of July, sterling has exhibited a narrow range versus the US dollar between $1.3901 and $1.3740.

Resistance at $1.4003 remains centre stage—a level displaying commitment since March of this year.

The relative strength index (RSI) continues to inch higher, yet reluctant to cross swords with the 50.00 centreline. Movement above here—showing average gains exceed average losses and momentum is therefore to the upside—could fuel a test of price resistance underlined above at $1.4003.

Equally interesting is $1.38—joined by a 61.8% Fib level at $1.3804—furnishing the chart with support since mid-July. Technical eyes will note the 100-period simple moving average circling between the two aforesaid areas at $1.3856.

View from the relative strength index (RSI) shows the indicator in the process of forming what appears to be a symmetrical triangle between 76.87 and 24.82.

Price is hovering nearby $1.38 on the H1 scale. Despite the base holding back sellers in recent days, and aligning with a 61.8% Fib at $1.3804, the level brings little to the table in terms of confluence. With that being said, the unit slicing through $1.38 should not surprise, with follow-through action perhaps taking aim at $1.3750 on the H1, a level partnering with H4 Quasimodo support at $1.3761.