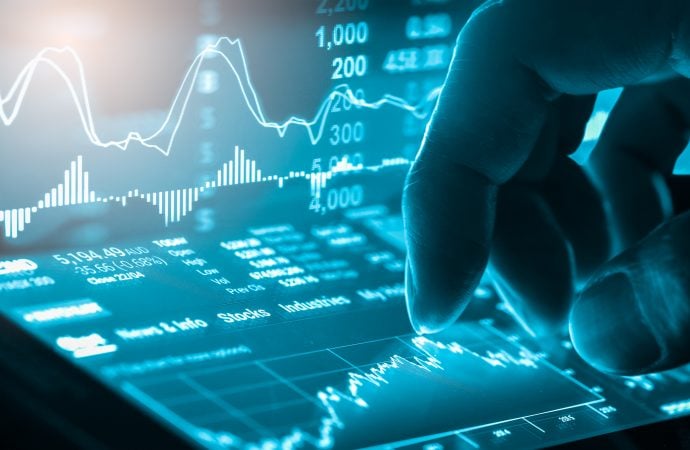 The US dollar finished higher across the board on Tuesday, aided by stronger-than-anticipated US inflation data. Consequently, EUR/USD slumped and exposed Quasimodo support at $1.1688.

Quasimodo resistance at $1.1880, as underlined in recent analysis, arranged a ceiling on Monday, with Tuesday, following a small (yet clearly effective) shooting star candle, exhibiting a one-sided decline.

Subsequent to yesterday’s bearish existence, demand at $1.1794-1.1822 put in an appearance and appears poised to step aside. This, along with June’s downside bias, elbows Quasimodo support at $1.1749 on the radar.

Tuesday’s weakness witnessed short-term flow engulf $1.18 and shake hands with support from $1.1784. Technically speaking, this is the last line of support until H4 Quasimodo support mentioned above at $1.1749.

In terms of the relative strength index (RSI), we are treading water within oversold territory and appear to be on the verge of establishing early bullish divergence.

July is currently down 0.7 percent.

Territory above current demand shines light on the 200-day simple moving average at $0.7576, a dynamic value sheltered south of resistance from $0.7626.

From the relative strength index (RSI), the indicator continues to emphasise a position of bullish divergence.

Should $0.7508 be engulfed, this sets the stage for a run back to Quasimodo resistance at $0.7599 (parked under another Quasimodo resistance from $0.7621). A break of noted Fib levels might not necessarily be considered bearish, having seen daily price flirting with demand at $0.7453-0.7384.

$0.75 served sellers well in recent trading, delivering resistance to work with as the US dollar received a boost, following better-than-expected inflation.

As for the relative strength index (RSI), the value is trekking around oversold territory after an earlier dive under the 50.00 centreline. Note support resides at 27.02.

The big figure $0.74 may interest traders, having seen the level set above monthly support at $0.7394. Traders are urged to pencil in the possibility of a whipsaw through $0.74 to test the monthly barrier, movement which could welcome buyers into the market.

It’s also worth recalling the aforesaid monthly support is set within daily demand from $0.7453-0.7384.

In terms of the relative strength index (RSI), the indicator is on the brink of testing the lower side of a recently breached ascending channel between 58.82 and 47.51.

Latest movement out of the H4 chart reveals the unit confronted trendline support-turned resistance, taken from the low ¥108.56. This follows last week carving out Fibonacci support between ¥109.48 and ¥109.70.

In the event of trendline resistance giving way, this sets the stage for an extension towards resistance coming in at ¥111.56.

Following a muscular advance off the 100-period simple moving average at ¥110.19, heading into early US trading, resistance at ¥110.43 was overthrown. With the latter now serving as workable support, limited resistance is in sight until the ¥111 figure and resistance at ¥111.16.

Traders may have observed trendline support, extended from the low 109.53.

The relative strength index (RSI) continues to test space ahead of overbought, threatening a test of resistance at 78.38. Support also recently emerged around 45.00.

Entering long above H1 support at ¥110.43, despite scope to test ¥111, is a tricky venture, with H4 action testing trendline support-turned resistance, taken from the low ¥108.56. However, should H4 price trek north of the trendline formation, this, technically speaking, provides a green flag to ¥111, followed by the lower side of daily resistance at ¥111.88-111.20.

Resistance at $1.4003 remains centre stage on this timeframe—a level displaying commitment since March of this year.

The relative strength index (RSI), following earlier bullish divergence, is now in the vicinity of the 50.00 centreline. Venturing above the latter could help set a bullish tone.

Space to the downside throws light on familiar Quasimodo support from $1.3761, which, as you can see, has served well so far in July, and is located just north of another layer of Quasimodo support at $1.3712.

Out of the relative strength index (RSI), we can see the indicator engaging oversold territory, an area (30.00) that’s delivered support since late June.

Noting room for manoeuvre on the H4 timeframe to Quasimodo support at $1.3761, this places a question mark on $1.38 support from the H1. Ultimately, this opens up a possible bearish scenario south of $1.38 to $1.3750, plotted just beneath the aforementioned H4 Quasimodo support.