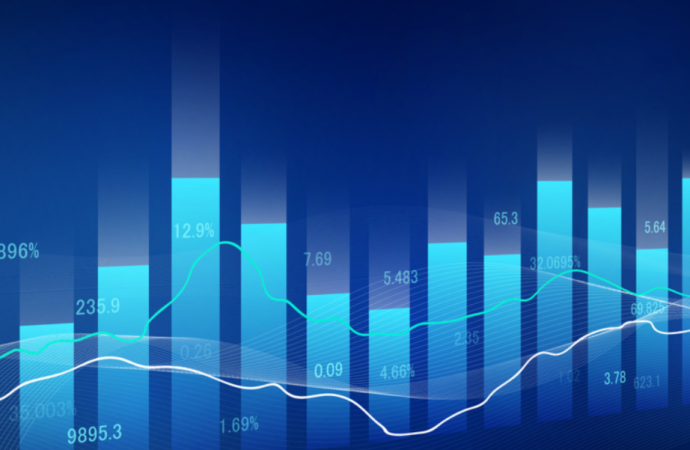 Following the break of long-term trendline resistance (1.6038) in July, and subsequent break of supply from 1.1857/1.1352 in August (2020), a modest correction surfaced. However, buyers making an entrance in November and December (registering fresh multi-month highs) reasons additional upside towards ascending resistance (prior support – 1.1641) may be on the horizon.

March 2018 supply from 1.2385/1.2346 stepped forward on Wednesday, capping upside efforts. Traders may also want to note this supply grips the daily bullish flag’s take-profit level at 1.2384 within its upper range.

As we head into the last hour of trading on Wednesday, the pair maintains a bullish position above 1.23, following a swift retest at the aforementioned level.

1.2350 resistance is next on tap should buyers remain at the wheel.

The lacklustre response from H4 supply at 1.2385/1.2346 and H1 reclaiming 1.23+ status, along with daily price displaying room to approach 1.2384 and monthly calling for higher levels, suggests buyers have the upper hand at least until H1 confronts 1.2350 resistance (also represents the lower side of H4 supply at 1.2346).

Despite the spirited advance, RSI enthusiasts will note bearish divergence continues to form inside overbought space.

As suggested by the higher timeframes, sellers have so far offered a non-committal tone around 0.7805, implying 0.7843 resistance could soon make an entrance.

0.78 is centre stage on the H1 chart, a struggling resistance on the brink of giving way. This, on the strength of the higher timeframe picture, could unleash additional buying towards at least 0.7850 resistance.

In a similar manner to recent analysis, we have monthly and daily price eyeing higher terrain, though H4 and H1 are seen flirting with resistances around 0.78.

Support at 103.08 collapsed under the pressure of Tuesday’s push, with Wednesday retesting the breached level as resistance. Assembling a bearish stance here is likely to shift eyes towards demand at 100.68/101.85, an area containing monthly support at 101.70.

RSI followers will observe the value modestly rebounded from just above oversold, though has had upside capped by 57.00 resistance since July.

Risk-on flows observed traders ditch the safe-haven Japanese yen on Wednesday, causing a convincing advance to tops just ahead of supply from 103.46/103.58 (representing a zone where a decision was made to break numerous local lows between 103.19/103.40).

The correction formed thereafter has seen the pair welcome 102.95/102.82, a newly formed supply-turned demand (another important decision point formed prior to breaking through Monday’s low).

As we transition into Thursday, H1 is engaging 103 support, accompanied by the 100-period simple moving average.

RSI action is currently toying with the upper side of 50.00, after having peaked around 77.00.

Having seen monthly price showcase room to explore deeper water until support at 101.70, on top of daily price retesting resistance at 103.08, the H4 demand at 102.95/102.82 is unlikely to yield much upside. This also implies H1 may be on the verge of digging through 103 liquidity, which could spark intraday bearish flow towards the 102.50 support.

Demand at 1.3527/1.3556 successfully withstood downside pressure on Wednesday. This comes after Monday saw sellers greet resistance at 1.3711 and the two Fib projection levels around 1.3700.

Late US Wednesday saw buyers and sellers square off between 1.36 support and the 100-period simple moving average (serving as resistance around 1.3622), following an earlier recovery from 1.3550 support). Territory above the said moving average points to possible resistance at 1.3671 and 1.37.

A break above the 100-period simple moving average on the H1 helps confirm bullish intent to at least H1 resistance at 1.3671 and maybe 1.37 (essentially causing H4 price to also revisit resistance around the 1.3711 zone).