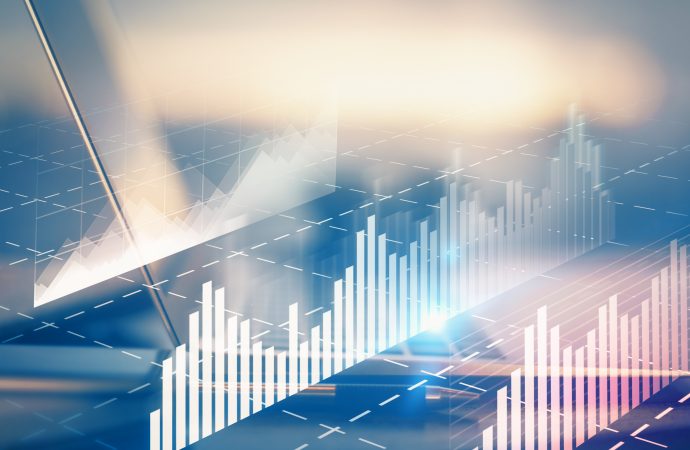 Supply from $1.1350-1.1341 and the 1.272% Fibonacci projection at $1.1342, as you can see, offered a technical ceiling Wednesday. Bids were lifted in response to latest FOMC minutes during US hours, leading current price to within reach of the psychological figure $1.13 (accompanied by a 61.8% Fibonacci retracement).

Territory beneath $1.13 reveals Quasimodo support at $1.1280, a level positioned to take advantage of sell-stops beneath the noted big figure.

With reference to the relative strength index (RSI), the value crossed swords with overbought territory as price made its way into $1.1350-1.1341. As of writing, the indicator is bound for the 50.00 centreline.

$1.13 may offer some technical relevance in the short term, having noted the level converging with a 61.8% Fibonacci retracement. An alternative scenario, of course, is a whipsaw south of $1.13 to bids at H1 Quasimodo support from $1.1280. A test of the latter and subsequent close back above $1.13 may fuel a short-term bid higher.

The recently tested H1 supply at $1.1350-1.1341 will also likely remain on the watchlists for short-term sellers.

Quasimodo resistance-turned support at $0.7187 has proven itself worthy of chart space in recent trading. Latest, however, shows the Australian dollar navigated lower against the dollar in response to the latest round of FOMC minutes.

A broad USD bid, recovering a large portion of earlier losses, weighed on AUD/USD, movement leaving last Friday’s peak at $0.7277 and Quasimodo support-turned resistance at $0.7287 unchallenged. Are we headed for another test of $0.7187?

Wednesday came within a whisker of Quasimodo resistance at $0.7273 before plunging lower amid US trading. Continued interest lower seats support at $0.7216 on the radar, closely shadowed by demand at $0.7195-0.7207 and the psychological figure $0.72.

H1 demand at $0.7195-0.7207 delivers modest confluence to work with, housing the $0.72 figure and set just beneath H1 support at $0.7216. Therefore, a whipsaw through the latter into demand could stir a bullish scenario.

Longer term, technical structure points to resistance on the daily chart between $0.7340 and $0.7315.

In terms of trend, the unit has been advancing since the beginning of 2021, movement welcoming a descending resistance breach, drawn from the high ¥118.61.

RSI (relative strength index) analysis shows the value entered overbought space. In light of recent strength, traders are urged to pencil in the possibility of false signals emerging from the overbought area. Indicator support remains around 40.00-50.00.

$117.76-117.07 supply is fixed above the daily level (not visible on the screen); therefore, a break of the latter shows room to press higher.

Fibonacci support coming in between ¥115.59 and ¥115.71 welcomed price action during London’s morning session, an area composed of a 1.618% Fibonacci projection, a 38.2% Fibonacci retracement as well as a 50.0% retracement.

Supporting the short-term bullish wave, the relative strength index (RSI) climbed above the 50.00 centreline. Current price has the indicator within a stone’s throw from overbought territory.

Nevertheless, should H1 price establish support above ¥116, this could serve as an early signal we’re headed for higher terrain in this market.

Sellers responding to current resistance has a double-top pattern’s ($1.4241) profit objective—measured by taking the distance between the highest peak to the neckline and extending this value lower from the breakout point—to target around $1.3093.

Trendline resistance, taken from the high $1.4250, put in an appearance on Wednesday, with price coming within touching distance of resistance from $1.3602. The 200-day simple moving average is also circling above current resistance at $1.3739.

In the shape of a shooting star candlestick formation, Wednesday rotated south just ahead of $1.36, confirmed by the relative strength index (RSI) recording overbought conditions. As of writing, the indicator is bound for the 50.00 centreline. Crossing below here suggests follow-through selling, threatening a possible price test of $1.35, should support at $1.3522 put up little fight.