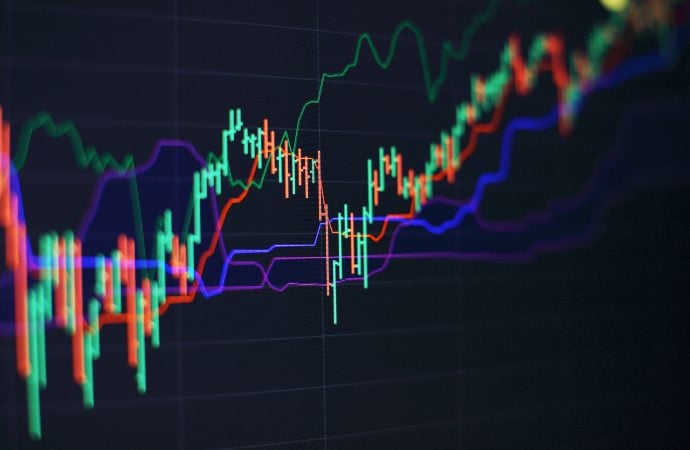 Despite a fleeting visit south of 1.2255 support, the pair settled above the level on Tuesday, boosted on the back of a decaying USD. Violating recent multi-month pinnacles (1.2310) could have buyers address supply from 1.2351/1.2333, positioned just above the daily timeframe’s descending wedge pattern take-profit target at 1.2318.

The 1.23 level remains a central theme on the H1 chart, recently welcoming its fifth test in under a week.

1.23, according to what we’ve seen so far, is on the brink of allowing buyers to push through and perhaps reach for 1.2350 resistance. December’s reaction fell approximately 100 pips, though January’s response struggled to pass 1.2250 support. By and of itself, this implies buyers are likely controlling the majority of intraday action right now.

With reference to the RSI indicator, the market trades above 50.00, suggesting short-term momentum is headed for overbought levels.

Breaking above 1.23 on the H1 will likely be a welcomed sight for breakout buyers. Although H1 shows resistance is not expected until 1.2350, it should be noted 1.2318 (daily timeframe’s descending wedge pattern take-profit target) and the lower side of H4 supply at 1.2333 could be problematic.

H1, in a similar manner to the H4 timeframe, tested the mettle of 0.77 support heading into US trading on Tuesday (missing nearby demand at 0.7674/0.7684 by a hair) and toppled 0.7750 resistance. Skies above are relatively blue until the 0.78 level. As you can see, though, the pair has seen upside momentum diminish (as shown by the RSI recently striking overbought levels), with price poised to retest 0.7750.

RSI enthusiasts will observe the value is now within close range of retesting oversold territory. The indicator has also had upside capped by 57.00 resistance since July.

USD/JPY, after plunging through Monday’s low at 102.71, appears free to navigate deeper water until hitting support at 102.06.

Another point of interest on the H1 chart is 102.50 support, a level which may hinder sellers before H4 action attempts to attack 102.06 support.

With respect to the RSI indicator, the line recently rebounded from oversold levels and formed bullish divergence.

Buyers off daily support at 103.08 loosening their grip yesterday, and both monthly and daily timeframes demonstrating some elbow room to reach the upper side of daily demand at 101.85, sellers are likely to be drawn to H4 supply from 102.95/102.82 and the 103 level on the H1.

Space to rally on the monthly and daily timeframes until daily resistance makes a show at 1.3755 indicates H4 may hold support at 1.3607 and approach 1.3711 resistance. This places a question mark on current H1 Fib resistance around the 1.3635 range and signifies 1.36 support could be a level buyers welcome.