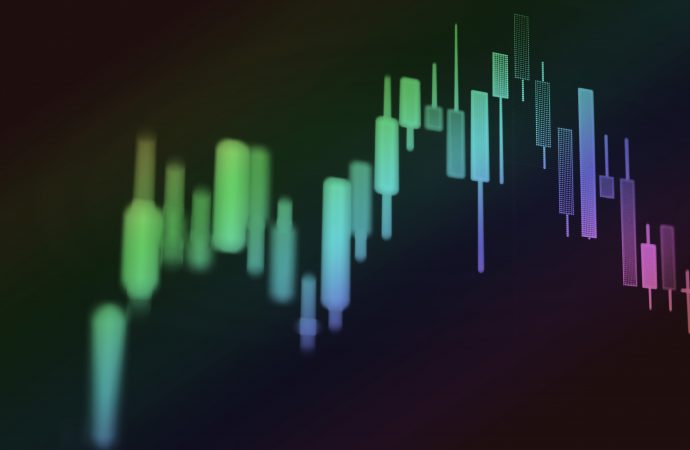 Any upside derived from current support will likely be capped by resistance at $1.1473-1.1583; navigating lower, on the other hand, throws light on Quasimodo support as far south as $1.0778. Given the subdued bullish vibe of late, the latter appears the more likely scenario.

Quasimodo support drawn from mid-June at $1.1213 (positioned beneath the weekly timeframe’s Fibonacci structure) made an entrance on 24th November (2021) and remains committed, despite a passionless attempt from bulls. A run higher casts light on trendline resistance, extended from the high $1.2254. Establishing a decisive close beneath $1.1213, however, exposes support on the daily timeframe at $1.0991 (not visible on the screen).

The relative strength index (RSI) whipsawed above the 50.00 centreline in recent movement. Note that this level has delivered resistance since mid-October (2021). Overthrowing the latter helps validate interest to the upside from current price support (shown through average gains exceeding average losses), yet defending 50.00 connotes a bearish picture, in line with the immediate downtrend (since May 2021).

Yet again, markets witnessed another solid push to the upside in US Treasury yields on Tuesday. The benchmark 10-year note extended recovery gains and is now comfortable north of the 1.6 percent level. The dollar index (DXY) posted a fresh weekly high, yet the daily candle concluded considerably off session tops.

The European currency, at the time of writing, finished muted against the greenback on Tuesday, following Monday’s 0.8 percent decline in EUR/USD. Technically, we are now exploring space under channel support, taken from the low $1.1235, and resistance from $1.1307. Note both levels welcomed a test in recent trading and held firm.

Following a near-test of Quasimodo support at $1.1272 ahead of US hours on Tuesday, EUR/USD bulls assumed command. Subsequent action observed price whipsaw north of $1.13 to test Quasimodo support-turned resistance at $1.1318, which, as you can see, held and guided the currency pair south of $1.13 into the final hours of trade.

The relative strength index (RSI) is seen retesting the 50.00 centreline after a high of approximately 60.00 ahead of the year end. Establishing support from 50.00 is considered a bullish signal.

Latest to come out of the H4 scale reveals the unit shook hands with Quasimodo resistance-turned support at $0.7187 and retested the lower side of channel support, drawn from the low $0.7196.

The relative strength index (RSI) has slowed ahead of overbought terrain, putting forward a mild reversal to sub-60.00. A retest of the 50.00 centreline, therefore, could take shape.

Longer term, technical structure points to resistance on the daily chart between $0.7340 and $0.7315.

Heading into the close of 2021, USD/JPY action voyaged north of resistance from ¥114.38, a level capping upside since early 2017 which now represents support. Latest shows a 1.272% Fibonacci projection from ¥116.09 also entered the frame, with price refreshing multi-year pinnacles.

RSI (relative strength index) analysis shows the value entered overbought space in response to recent bidding. In light of recent strength, traders are urged to pencil in the possibility of false signals emerging from the overbought area. Indicator support remains around 40.00-50.00.

Key levels to be mindful of on the H4 scale are the daily timeframe’s Quasimodo resistance at ¥116.33 and support coming in from ¥115.38.

$117.76-117.07 supply is fixed above the daily level (not visible on the screen); therefore, a break of the latter shows room to press higher.

Following a test of the daily timeframe’s Quasimodo resistance at ¥116.33, H1 dipped to retest ¥116 which delivered support in the form of a modest dragonfly doji candlestick pattern. The reaction garnered little response from bulls in US trading on Tuesday, implying weakness and a possible test of the $115.65-115.81 decision point.

The relative strength index (RSI) is on the verge of exiting overbought space after recording a high of 84.76. Withdrawing from overbought is considered a bearish signal, and could lead to a move back to support at 40.00-50.00.

Sellers responding to current resistance has a double-top pattern’s ($1.4241) profit objective—measured by taking the distance between the highest peak to the neckline and extending this value lower from the breakout point—to target around $1.3093.

Immediate resistance resides at $1.3602 on the daily scale, accompanied by trendline resistance, taken from the high $1.4250. Technicians will also note the 200-day simple moving average circling above current resistance at $1.3740.

The relative strength index (RSI) remains comfortable above the 50.00 centreline and is within a stone’s throw from overbought levels. Therefore, this market displays positive momentum for the time being.

$1.3665-1.3625 supply is seen above current resistances (not visible on the screen), should buyers continue to pursue higher ground.

Tuesday voyaged through $1.35 and directed attention to the H4 timeframe’s Quasimodo resistance at $1.3580. Given the recent dip in price amid US hours, a $1.35 retest is not out of the question.