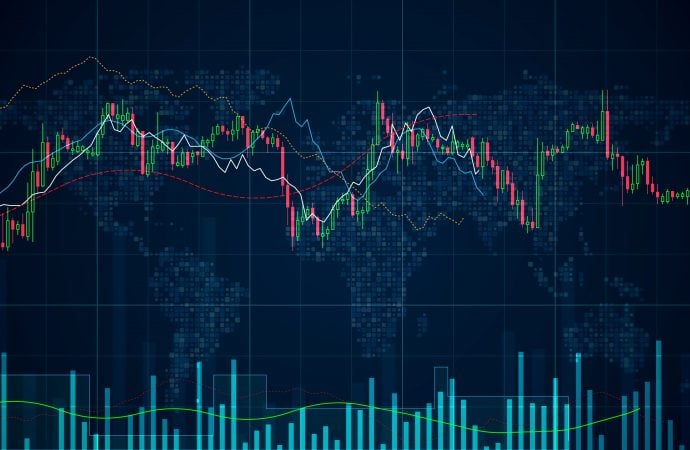 Aside from Monday wrapping up significantly off session peaks, technical change is limited on this timeframe.

Once again, H4 failed to find acceptance above resistance at 1.2255 on Monday, topping at familiar highs.

Breaching the aforesaid trendline may liberate sellers, with little on the radar in terms of support until demand at 1.2040/1.2065.

Going into US trading Monday, despite an earlier attempt to find grip north of 1.23, sellers hauled EUR/USD below support at 1.2287. Follow-through selling took on the 100-period simple moving average and, in recent hours, the 1.2250 support level. Sellers face neighbouring support at 1.2239 before possibly contending with demand at 1.2205/1.2213.

With reference to the RSI indicator, the market trades sub-50.00, suggesting momentum may continue to decrease until gracing oversold terrain.

The monthly timeframe reveals scope to carve out fresh highs. A 1.2095 daily support retest, however, could emerge prior to additional gains, targeting the two daily bullish pattern’s take-profit zones (1.2318/1.2384).

H4 holding below 1.2255 resistance highlights a possible test of two tight-knit trendline supports. This also reveals H1 could overpower bids at support from 1.2239 to test H1 demand at 1.2205/1.2213 (intersects with H4 trendlines). In light of this confluence, this may be a location where a bullish scene could unfold.

In spite of the supply area as well as the RSI recently forming bearish divergence, sellers are likely to remain cautious. This is due to the trend on this timeframe remaining north since early 2020, and monthly price seen calling for higher levels. A daily close beneath 0.7647 support, nevertheless, may add bearish conviction.

Ripping through demand at 0.7674/0.7684 allowed intraday flow to greet 0.7650 support and the 100-period simple moving average. The test also fashioned a hammer candle – generally viewed as a bullish signal at troughs. Downstream, 0.76 is seen as reasonable support.

In terms of the RSI indicator, the line bottomed just ahead of oversold levels and moulded bullish hidden divergence.

Bottom-up analysis currently reveals a lack of enthusiasm off 0.7650 support on the H1, with supply at 0.7674/0.7684 (prior demand) potentially capping upside attempts. H4, however, boasts a combination of demand and trendline support, in line with monthly price calling higher and daily price retesting support at 0.7647 (despite coming from supply).

The above, coupled with the prevailing uptrend (daily timeframe), suggests buyers could potentially take the wheel and engage 0.7674/0.7684 on the H1. 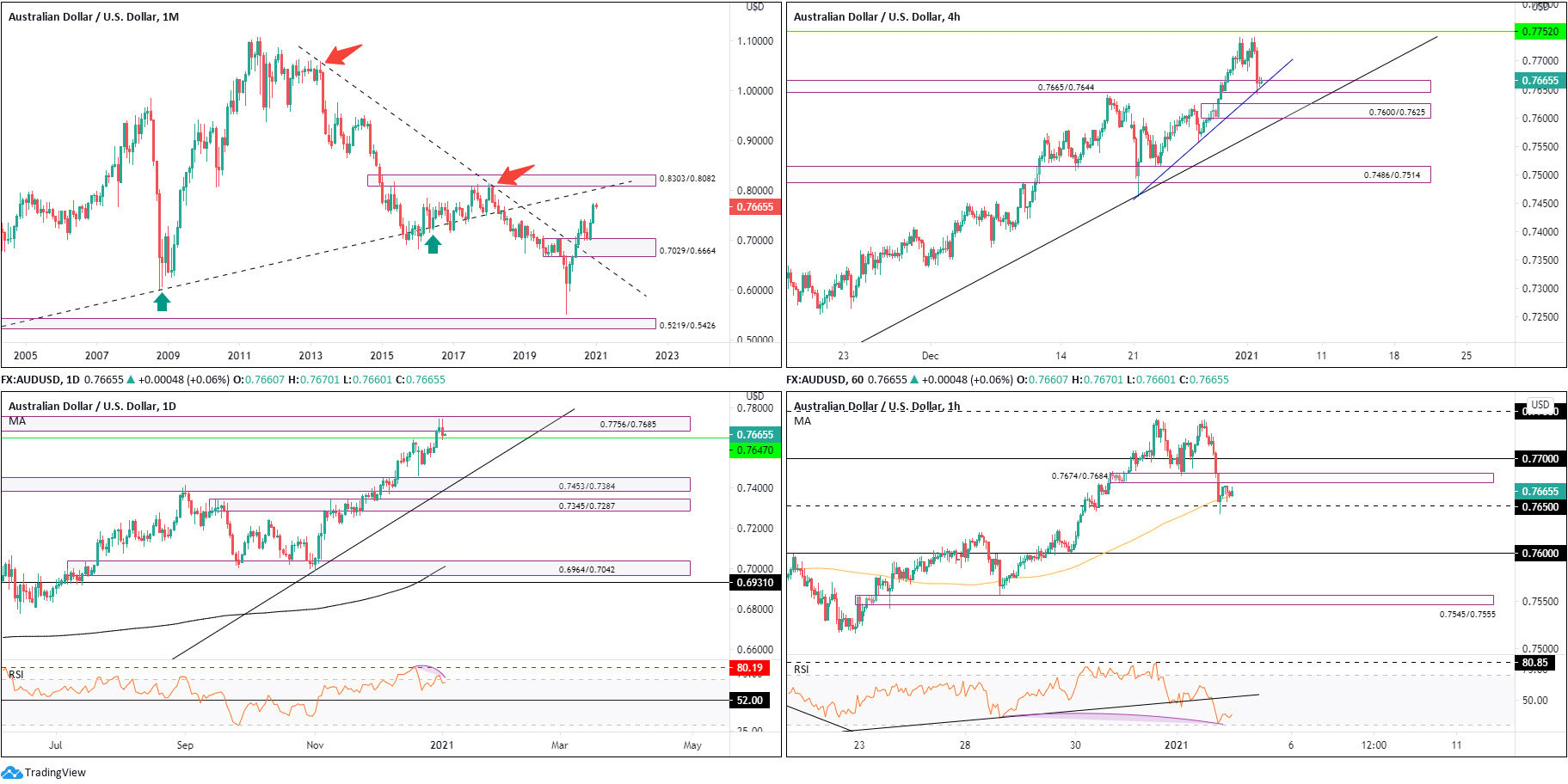 Support at 103.08 emerged on December 17 and held into the 2020 close. Monday, as you can see, shaped an indecision candle, which could, given support, be interpreted as a bullish signal.

RSI fans will see the indicator recently retreated below 57.00 resistance (capping upside since July) and remains under 50.00.

The whipsaw through 103 support yesterday not only filled protective stop-loss orders from any 103 longs, the move also tripped breakout sell-stops, causing what’s known as a bear trap.

Following three successive daily gains, Monday stepped forward and fashioned a bearish outside reversal candle ahead of resistance at 1.3755 (stationed below supply at 1.3996/1.3918). Increased selling today/this week points to a possible test of support at 1.3176.

Reported in Monday’s writing, research highlighted reasonably heavy-handed resistance at 1.3711, surrounded by two Fib projection levels around 1.3700. As you can see, price responded strongly from the aforesaid ceiling, movement that toppled support at 1.3607 and crossed paths with demand at 1.3527/1.3556.