January 27th 2021: US Dollar Index Tentatively Holding North of 90.00 Ahead of FOMC Meeting 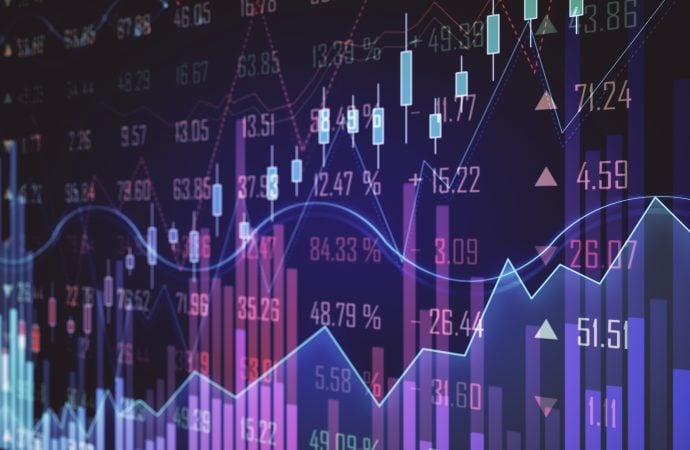 The technical scene on the daily chart witnessed modest upside unfold in recent days, aided by a waning greenback and the 38.2% Fib support level at 1.2059. Sustained buying invites the possibility of retesting 2021 tops at 1.2349.

The RSI indicator ascended the 50.00 centreline on Tuesday, currently trading at 52.00. This implies momentum could continue to gather traction to the upside.

A textbook retest of the 100-period simple moving average at 1.2147 took place in early US trading on Tuesday, sending light towards familiar H1 AB=CD resistance at 1.2177 (placed below the 1.22 level).

The above may elbow H4 price north of resistance at 1.2179 and extend gains off the H1 timeframe’s 100-period simple moving average retest.

Breakout buyers above 1.22 are likely to tread cautiously, having noted H4 resistance at 1.2214.

Recent developments show price continues to work within a bullish pennant pattern, forming between the 2021 high at 0.7820 and January 4 low at 0.7642.

Additional observations, of course, is the retest of the 100-period simple moving average holding almost to the pip.

Another worthwhile note is the RSI indicator hovering within close range of overbought space.

All four timeframes echo the possibility of increased upside beyond 0.7750 resistance. On that basis, a H1 close above the aforesaid resistance may wave in breakout buyers, with Thursday’s high at 0.7782 targeted as a primary upside objective.

Overall, buyers and sellers have remained squaring off between trendline resistance (111.71) and 103.08 support since January 12, albeit with a mildly bearish presence.

Local trendline resistance (104.39), as you can see, has so far done a good job of containing buyers, following Monday’s test by way of a shooting star candle pattern (red arrow).

As anticipated, with the immediate trend facing south since March (2020), H1 buyers were out of their depth off the 100-period simple moving average at 103.67.

Pattern traders will note that Tuesday’s decline put forward a head and shoulders top configuration, with the neckline break seen in early US trading (Monday’s low at 103.67). According to the pattern’s take-profit objective (yellow), price is perhaps on course to dethrone 103.50 support and approach support at 103.39.

RSI fans will also note the indicator is circling beneath the 50.00 centreline.

Based on technical research above, sellers could attempt to take advantage of the recently established head and shoulders top and target 103.50 support on the H1 today, followed by a possible slip to H1 support at 103.39.

January, as you can see, currently trades off session lows and recorded fresh 2021 highs (up by 0.6 percent).

With respect to the RSI indicator, we’re mildly correcting just beneath overbought levels.

Traders watching the H1 timeframe’s bullish pennant configuration, therefore, may wish to take the above into account. A H1 close above 1.3763 may add bullish conviction.