January 26th 2021: US Dollar Index Holding North of 90.00 Ahead of US CB Consumer Confidence Data 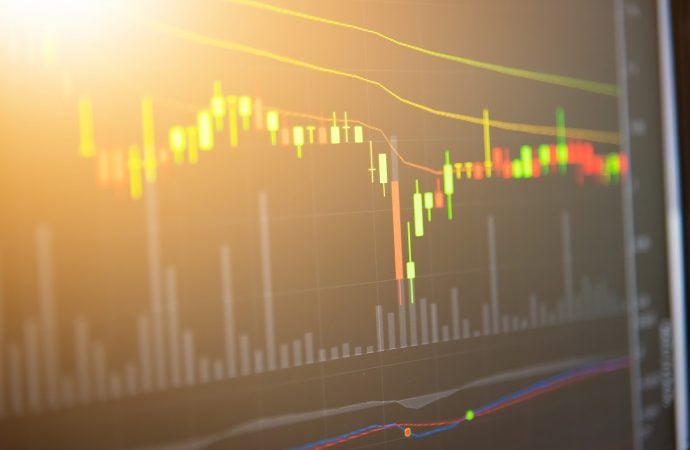 This—despite January’s modest 0.6 percent slide—reasons additional upside towards ascending resistance (prior support – 1.1641) may eventually be on the horizon.

The RSI value gently spun lower around the 50.00 centreline on Monday. Familiar resistance, nonetheless, is visible at 60.30.

Resistance at 1.2179 is proving an effective ceiling on the H4 chart, shutting down buyers on Monday and delivering a low at 1.2116.

Seeing the aforesaid 100-period SMA echo (at the time of writing) resistance may have sellers attempt to rush yesterday’s session low at 1.2116 and take aim at 1.21.

Also of technical importance is the RSI indicator dipped a toe in oversold territory on Monday though has since recovered, with eyes on the 50.00 centreline (currently standing as an S/R area).

Shorter-term technical structure, on the other hand, has H4 resistance at 1.2179 holding back upside attempts and the H1 retesting, and currently holding, the 100-period simple moving average. With this, an intraday push to 1.21 could be in store.

Following two spirited months of gains off demand at 0.7029/0.6664 (prior supply), early 2021, despite currently fading session peaks, shines light on a possible continuation higher to 0.8303/0.8082—a supply zone aligning closely with trendline resistance (prior support – 0.4776).

Recent developments show a bullish pennant pattern establishing a foothold, forming between the 2021 high at 0.7820 and January 4 low at 0.7642.

The daily timeframe’s bullish pennant pattern, according to the H4 chart’s technical framework, is developing between demand at 0.7665/0.7644 (prior supply) and resistance at 0.7805.

0.77 received a blow on Monday, whipsawing to lows at 0.7682 and producing a hammer candle pattern. Buyers are in force, yet whether they contain enough fuel to retest 0.7228 resistance is difficult to estimate, especially as H4 demonstrates a clear(ish) path to demand at 0.7665/0.7644.

Another prominent characteristic on the H1 is demand at 0.7654/0.7672, seen fastened to the upper side of the aforesaid H4 demand.

Monday spent the day getting to know the 100-period simple moving average at 103.67, withstanding a number of downside attempts.

Current candle action, as you can see, is on the verge of closing out by way of a hammer pattern. Voyaging higher from here places 104 resistance and supply at 104.03/104.10 on the radar, while lower on the curve shines light on 103.50 support.

RSI fans will also note the indicator is balancing off the 50.00 centreline.

With the immediate trend facing south since March (2020), H1 buyers may be out of their depth. A H1 close under the 100-period SMA today, therefore, could spur intraday selling to at least 103.50 support on the H1.

Heading into Monday’s US session, following an earlier attempt to find acceptance above 1.37 resistance, momentum to the downside dried up after chewing through the 100-period simple moving average at 1.3682. The latter displaying mild resistance could spark intraday bearish flow to the 1.36 area, accompanied by a Fib cluster at 1.3606.

With respect to the RSI indicator, the line is on the doorstep of the 50.00 centreline after modestly rebounding from 39.95.

Daily resistance at 1.3755 could pose a problem for buyers, despite the monthly timeframe’s trendline resistance breach in December.