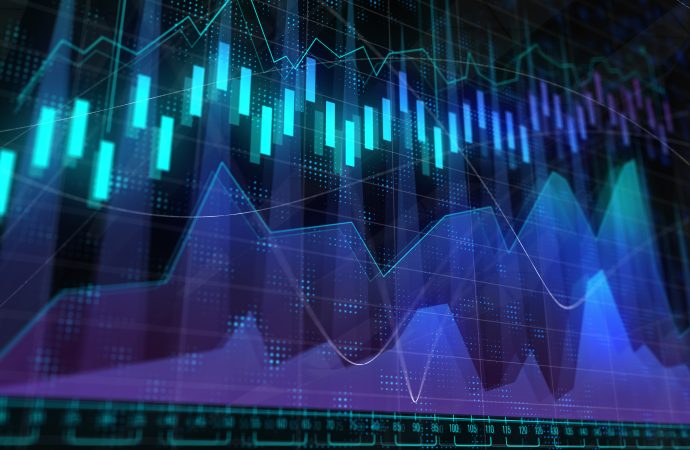 This—despite January’s current slide off 2021 pinnacles (0.4 percent)—reasons additional upside towards ascending resistance (prior support – 1.1641) may eventually be on the horizon.

Interestingly, the RSI value reclaimed trendline support yesterday, despite dipping a toe below the 50.00 centreline.

Thursday’s price action claiming position above the 100-period simple moving average has, as you can see, led H1 through the upper side of supply from 1.2165/1.2149 and shined light on AB=CD resistance at 1.2177. Arranged beneath the 1.22 level, this 20-pip range could be an area intraday sellers take interest in today.

What is also technically attractive about the 1.22/1.2177 combination is the RSI indicator offers bearish divergence at overbought levels.

Monthly price calling for higher levels, in a market trending north since 2020, implies daily buyers could extend recovery gains. H4 resistance at 1.2164 also echoes a feeble presence, with price possibly bound for 1.2214 H4 resistance. This, of course, places a question mark on the 1.22/1.2177 H1 zone.

Recent developments show a bullish pennant pattern establishing between the 2021 high at 0.7820 and January 4 low at 0.7642.

Technicians will also note the aforesaid pattern balances off support at 0.7647, with supply at 0.7937/0.7890 to perhaps call for attention in the event a breakout higher develops.

In terms of the RSI indicator, the value is entrenched within a descending channel. Support is seen at 52.00, while resistance is set around 80.19.

From a technical perspective, based on the four charts analysed, buyers appear to have the upper hand. Scope to approach higher levels on the monthly timeframe, together with H4 price displaying room to reach at least 0.7805, places H1 breakout buyers above the descending wedge pattern in a healthy position, with 0.78 targeted.

Despite Wednesday submitting a one-sided show to the downside, sellers offered a somewhat non-committal tone on Thursday.

Overall, though, buyers and sellers remain squaring off between trendline resistance (111.71) and 103.08 support.

As you can see, price action welcomed the Fib cluster between 103.24 and 103.32 on Thursday, accompanied by an AB=CD pattern, and has since lifted the currency pair above 103.50 resistance.

Thus far, buyers have been reluctant to commit north of 103.50, with price currently retesting the latter. If buyers regain consciousness, the 38.2% Fib level at 103.72 represents a logical upside objective, sharing space with the 100-period simple moving average.

The RSI indicator’s value has failed to find acceptance above the 50.00 centreline, loitering around 45.00 as we write.

While the monthly, daily and H4 timeframes suggest a possible continuation to the downside, H1 rebounding from 103.50 support to the 38.2% Fib level at 103.72 remains a possibility. Asking for higher than this is difficult, having noted the pair’s position on the higher timeframes.

January, as you can see, trades off session lows and recorded fresh 2021 highs (currently up by 0.6 percent).

Sterling outperformed on Thursday and refreshed 2021 tops against a broadly weaker US dollar. This throws light on nearby resistance at 1.3755.

The RSI indicator has revealed a rangebound environment since November, limited by support around 47.00 and resistance at the 66.00 region. RSI fans will note the value is within close range of testing the upper side of the aforesaid consolidation.

A notable feature on the H1 chart is the recently formed descending wedge (1.3745/1.3708), ahead of 1.37 support. According to the pattern’s technical arrangement, the formation’s take-profit objective is stationed at 1.3769 (set just above H4 resistance at 1.3763), with follow-through buying to possibly try for 1.38.

Although the monthly timeframe shows buyers have room to move higher, the daily timeframe’s resistance at 1.3755 may discourage H1 breakout buyers above the descending wedge pattern.

If buyers manage to close above H4 resistance at 1.3763, this may add conviction and see trend traders pyramid positions.