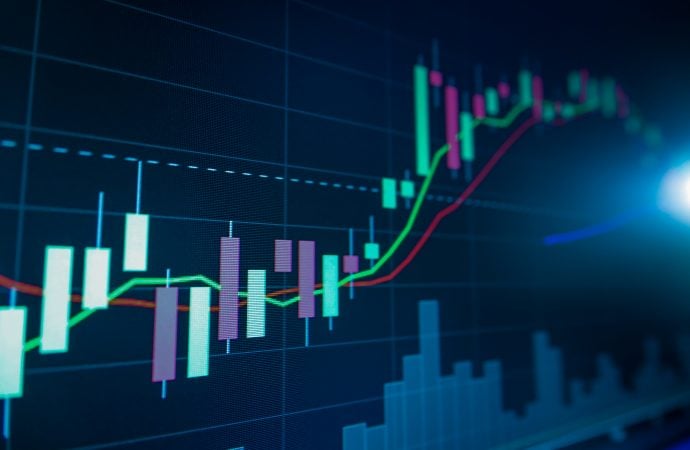 This—despite January’s current slide off 2021 pinnacles (0.9 percent)—reasons additional upside towards ascending resistance (prior support – 1.1641) may eventually be on the horizon.

Demand from 1.1923/1.2001 continues to hog the technical spotlight. This is a significant zone given it was not only here a decision was made to achieve fresh peaks above 1.2011 (September 1 high), the area is also complemented by trendline support (1.0774).

Interestingly, the RSI value retests the lower side of trendline resistance (prior support). The value currently stands at 45.60.

In the event the aforesaid demand steps aside, daily demand highlighted above at 1.1923/1.2001 is lying in wait.

Alongside RSI bearish divergence within overbought space, EUR/USD tunnelled lower out of supply from 1.2165/1.2149 on Wednesday. Consequently, the pair dived through the 100-period simple moving average and tested the energy of 1.21 support. As you can see, although buyers are attempting to secure 1.21, the 100-period simple moving average is proving effective resistance.

Downstream, technical eyes are likely to shift towards 1.2050 support and associated support at 1.2058. Traders will note the aforesaid levels are located within H4 demand at 1.2040/1.2065.

With reference to the RSI indicator, the value recently rebounded from oversold levels and currently hovers within close range of 50.00.

Trend in this market remains strongly to the upside.

1.21 on the H1 appears feeble and lacks higher timeframe support.

Recent developments witnessed the Australian dollar strengthen against the US dollar, extending recovery gains a few pips ahead of support at 0.7647.

In terms of the RSI indicator, resistance at 60.00 is being tested while support rests below at 52.00.

Following Monday’s test of demand at 0.7665/0.7644 (prior supply), the pair continued to flex its financial muscle on Wednesday, reaching fresh weekly peaks at 0.7760.

After a near-retest of the 100-period simple moving average at 0.7719 heading into US trading Wednesday, short-term buyers made contact with 0.7750 resistance. This was joined by mild RSI bearish divergence.

Brushing aside 0.7750 could unearth further upside, with 0.78 resistance perhaps on the radar for many breakout buyers. 0.78, as you can probably see, is also linked with H4 resistance at 0.7805.

Room for H4 buyers to approach resistance at 0.7805 (as well as higher timeframe action showing space to advance) implies H1 0.7750 resistance is on thin ground. A break higher may call on short-term breakout buyers, with 0.78 targeted.

Overall, though, buyers and sellers continue to square off between trendline resistance (111.71) and 103.08 support.

The recent slide has placed demand at 103.46/103.58 (prior supply) under siege, with price tentatively spiking its lower side.

103.50 support made its way into the fight amid US trading on Wednesday. Thus far, however, buyers have yet to embrace the level.

With regards to the RSI indicator, the value crossed paths with oversold territory in recent hours and currently trades just ahead of 40.00.

January, as you can see, currently trades off session lows and is modestly higher by 0.1 percent.

Buyers making a comeback in early trading, nonetheless, indicates seller weakness and could be an early cue we’re heading over 1.3711 to test resistance at 1.3763.

From the RSI indicator, the value rebounded north of trendline support (prior resistance) and is currently exploring territory above the 50.00 centreline.

Monthly price calling for a higher presence and daily activity observing resistance at 1.3755 reveals that buyers may attempt to topple the 1.37 resistance area on the H4 and H1 timeframes today, with 1.3750 forged as an initial target.