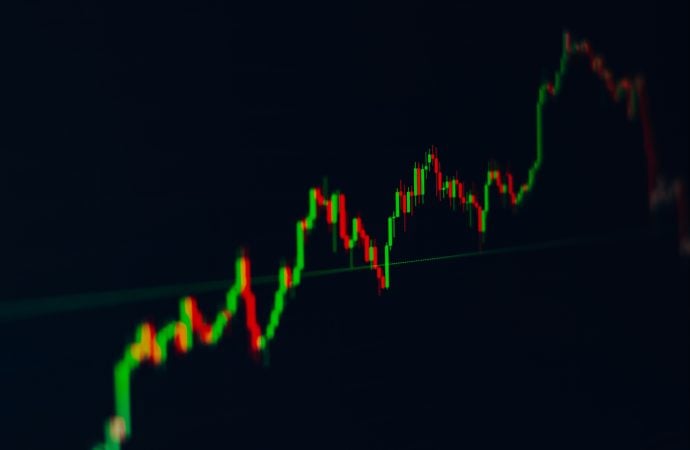 Following Friday’s whipsaw above a 7-month trendline resistance, extended from the high $1.2254, established by way of a bearish engulfing candle (a reversal pattern in which focus is directed to the real candle body rather than upper and lower shadows), Europe’s single currency plunged south against a broadly stronger dollar yesterday.

Support from $1.1382 and the decision point at $1.1354-1.1379 experienced a one-sided breach Tuesday, leaving behind clear resistance areas to be mindful of. This was a noted move to be aware of, given higher timeframe technical structure (see above).

Knocking on the door of Quasimodo support at $1.1272 is now on the table if sellers strengthen their grip. Yet, before rotating lower, retesting the aforementioned resistances could be seen.

A dominant USD bid, supported by rising US Treasury yields and major US equity indexes plunging, guided EUR/USD through a number of pivotal demand areas on Tuesday. Upbeat economic data out of Europe as well as soft US economic numbers had limited effect.

Out of the relative strength index (RSI), the value is shaking hands with indicator support within oversold territory at 18.00. This is a location some chartists will anticipate a slowing of downside momentum. Exiting oversold, therefore, may be watched.

The relative strength index (RSI) continues to circle the 50.00 centreline. $0.7418-0.7315 sellers, therefore, will likely be watching for the indicator to secure position beneath the 50.00 neighbourhood, movement informing market participants that average losses exceed average gains.

$0.7169-0.7187 demand put in an appearance on Tuesday and, within the lower range of the aforementioned area, has begun to show some ‘bullish life’. Unlikely sufficient to fuel buyer confidence, traders are urged to pencil in the possibility of dipping lower and connecting with neighbouring Quasimodo support at $0.7146. In the event buyers gain footing, resistance can be seen at $0.7250.

Early hours Tuesday witnessed a decisive decline through the lower boundary of a pennant formation ($0.7223 and $0.7196) and $0.72. Shortly following a retest of $0.72, recent hours clocked a low just ahead of Quasimodo support at $0.7168. Territory beneath the latter shines the technical spotlight on demand at $0.7126-0.7141, arranged a handful of pips under H4 Quasimodo support mentioned above at $0.7168.

As for the relative strength index (RSI), we remain exploring waters south of the 50.00 centreline after failing to find acceptance above the latter early trade.

After touching gloves with a 1.272% Fibonacci projection from ¥116.09 in the shape of a shooting star and refreshing multi-year pinnacles, USD/JPY tumbled 1.2 percent last week. While modest recovery efforts developed in recent trading, the path of least resistance remains to the downside towards support at ¥112.16.

Quasimodo support-turned resistance at ¥114.71 elbowed into the frame Tuesday and, albeit not to the pip, held back buyers. The whipsaw above resistance topped within a stone’s throw of trendline resistance, taken from the high ¥116.35, and a decision point from ¥115.49-115.24.

Ahead of the close, USD/JPY leaves behind a subdued tone, in spite of rising US Treasury yields and healthy USD demand, together with a dovish Bank of Japan (BoJ).

As evident from the H1 chart, price did indeed welcome a ¥115 test on Tuesday and resigned to lows of ¥114.50ish. Support calls at ¥114.32, with a break shifting attention to the ¥114 figure. Note, ¥115 was accompanied by an overbought signal; the indicator has since crossed swords with the 50.00 centreline, threatening possible movement in the direction of oversold levels.

Short term, H4 Quasimodo support-turned resistance at ¥114.71 holding, together with the ¥115 figure also serving well as resistance, could influence a bearish scene towards H1 support at ¥114.32 and, with a little ‘oomph’, ¥114.

Three back-to-back daily bearish candles materialised after touching the lower side of the 200-day simple moving average at $1.3732.

Observed support at $1.3602 has consequently come under attack. Ceding ground here unbolts the technical space for neighbouring trendline resistance-turned support to make a show, taken from the high $1.4250.

The relative strength index (RSI) recorded overbought conditions in line with price testing the noted SMA and has since exited the area. This—coupled with the value fast approaching the 50.00 centreline—is considered by many technicians as a sign upside momentum is beginning to slow. Crossing under the 50.00 zone helps confirm a bearish stance.

The latest round of downside movement on GBP/USD, amidst demand for the US dollar on the back of rising US Treasury yields, watched candle action pull through $1.36 to test nearby Quasimodo support at $1.3580. Under the latter, assuming $1.36 maintains resistance, chart studies show price could zero in on support from $1.3533 and maybe $1.35.

The relative strength index (RSI) rose from oversold space and is nearing 40.00. Note that the indicator has chalked up a ‘temporary’ overbought zone between 50.00 and 40.00, given the markets immediate downside bias since last Thursday.

The daily timeframe threatening to dethrone support at $1.3602, in association with H4 price pushing under $1.3622-1.3646 and the H1 kissing the lower side of $1.36, opens up a bearish theme. Conservative traders are likely to wait for H1 price to close below Quasimodo support at $1.3580 before committing, targeting H1 support at $1.3533 and $1.35 (aligns closely with the daily timeframe’s trendline resistance-turned support, taken from the high $1.4250).