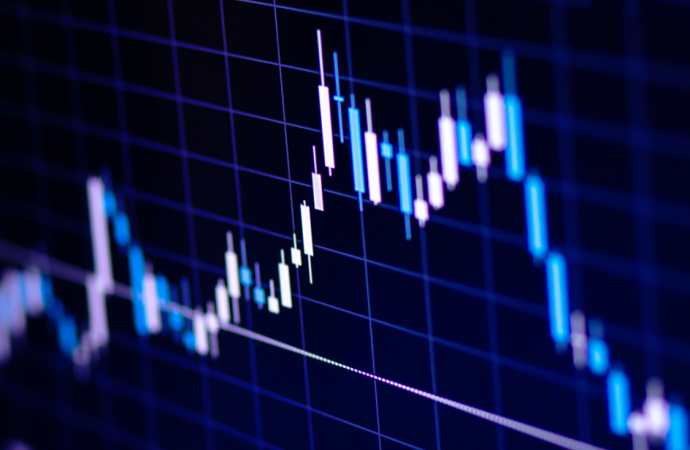 Demand from 1.1923/1.2001 has recently been thrown into the spotlight—a significant zone given it was here a decision was made to achieve fresh peaks above 1.2011 (September 1 high). Traders will also note the demand is complemented by trendline support (1.0774).

Through the lens of the RSI indicator, late movement last week swept aside trendline support and voyaged through the 50.00 centreline. The value currently stands at 42.50.

Braced on the back of RSI bullish divergence, buyers assumed control Monday, sluggishly lifting the currency pair out of a support area assembled from 1.2050 support, support at 1.2058 and the 100% Fib ext. at 1.2065.

With H4 demand at 1.2040/1.2065 providing additional technical impetus, H1 buyers could visit the 1.21 resistance level today and possibly even reach resistance at 1.2125.

Momentum, as measured by the RSI indicator, shows the value on course to approach the lower side of 50.00 following last Friday’s oversold condition.

The monthly timeframe remains calling for higher levels. However, in light of January’s slide, retesting demand at 1.1857/1.1352 is possible.

Daily demand at 1.1923/1.2001 could hold back selling, taking into account the area fuses with trendline support.

However, the threat of further weakness is also visible, potentially pushing through H4 demand to reach daily demand—an area the market is likely to monitor for bullish activity.

Demand at 0.7665/0.7644 (prior supply) embraced price action on Monday, following an early trendline support (0.6991) breach. You may also recognise this zone shares space with daily support noted at 0.7647.

RSI fans will also note the indicator exited oversold territory and is within close range of 50.00 and trendline resistance (prior support).

While monthly price is poised to take on higher levels, the daily chart suggests a 0.7647 support retest may be in the offing beforehand. H4 demand at 0.7600/0.7625, therefore, could make a show (an area holding H1 support at 0.7623) and offer a platform to work with.

Buyers and sellers continue to square off ahead of trendline resistance (111.71), following the 103.08 support rebound at the beginning of January.

The 100-period simple moving average serves as immediate (dynamic) resistance, while above, 104 resistance, in addition to supply at 104.03/104.10 (prior demand), is positioned in close view.

However, sellers assuming control could have price join hands with 103.50 support, with a break unmasking a Fibonacci cluster between 103.24 and 103.32 (blue).

After renewing 2021 highs last week, ahead of resistance at 1.3755, GBP/USD fell sharply on Friday and settled at session lows. Despite this, Monday witnessed buyers step forward and establish a hammer candle pattern off lows at 1.3519.

The swing low at 1.3450 (January 8) could be challenged if buyers fail to come through, with support at 1.3176 targeted if increased downside is seen.

From the RSI indicator, the value has begun spinning lower off 50.00, crowded together with trendline resistance.