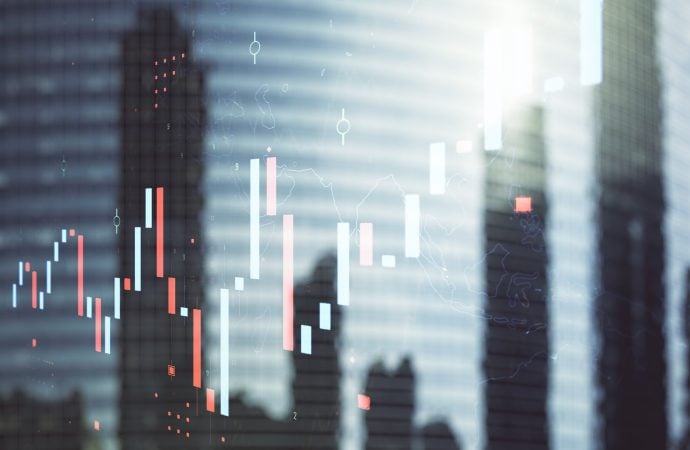 Technical observations on the daily timeframe reveal the currency pair forming a potential whipsaw above a 7-month trendline resistance, extended from the high $1.2254. Note also that price movement established a bearish engulfing candle (a reversal pattern in which focus is directed to the real candle body rather than upper and lower shadows). Should bearish follow-through emerge, Quasimodo support offers an obvious target at $1.1213.

Fibonacci resistance between $1.1506 and $1.1476 served this market well at the tail end of last week, welcoming a one-sided decline on Friday and throwing light on support at $1.1382, closely followed by a decision point at $1.1354-1.1379. Harmonic traders (much like the weekly timeframe) will acknowledge that the 1.272% Fibonacci projection at $1.1476 forming the lower side of the noted resistance is commonly referred to as an ‘alternate’ AB=CD formation (extended D leg).

What also gave credibility to the Fibonacci resistance (underlined in previous writing) is the area overlapping the lower edge of weekly resistance from $1.1473-1.1583.

The technical framework on this chart, therefore, shines light on a possible test of support at $1.1382 and neighbouring decision point at $1.1354-1.1379.

Thin US holiday trading on Monday witnessed Europe’s single currency slip beneath trendline support, drawn from the low $1.1285, and shake hands with $1.14. Despite the psychological figure arranging a modest floor heading into US hours, the currency pair is tipped for additional underperformance (according to higher timeframe structure).

Having noted $1.14 offering support, protective stop-loss orders will be present south of the number (sell-stops). Additionally, a break lower may encourage breakout selling (additional sell-stops). With that being the case, a whipsaw to prime support at $1.1360-1.1383 (houses demand within at $1.1363-1.1375 and shares a connection with H4 support and the decision point) could arise as larger short-term players attempt to take advantage of the stop run.

The technical picture drawn out of the relative strength index (RSI) reveals bullish divergence, with the indicator’s value tipped to perhaps join the lower side of the 50.00 centreline.

While weekly, daily and H4 timeframes display scope to navigate lower, short-term flow (H1) highlights the possibility of a whipsaw through $1.14 to prime support at $1.1360-1.1383. A rebound from here, followed by a subsequent H1 price close above $1.14 is likely to pull in an intraday bullish move higher.

Though do remain aware that a trade long is counter to higher timeframe direction, therefore the move north could be short-lived.

The relative strength index (RSI) continues to circle the 50.00 centreline. $0.7421-0.7315 sellers, therefore, will likely be watching for the indicator to secure position beneath the 50.00 neighbourhood, movement that informs market participants that average losses exceed average gains.

Prime resistance drawn from $0.7323-0.7308 received price action late last week. Thursday’s response and Friday’s additional softness manoeuvred through support at $0.7250 (now a marked resistance level). The $0.7169-0.7187 demand is next in the line of fire for sellers, with Quasimodo support residing a touch below at $0.7146.

Any upside attempts on this timeframe unlocks resistance at $0.7273.

The relative strength index (RSI) is seen within striking distance of the lower side of the 50.00 centreline, following movement out of oversold territory.

The H1 timeframe’s potential pennant pattern is likely to welcome a bearish breakout, to which traders will observe price dip beneath $0.72. While H1 traders will likely target Quasimodo support at $0.7168, H4 demand at $0.7169-0.7187 could prove troublesome. Therefore, $0.72 breakout sellers are urged to adopt a cautious stance south of the round number.

After touching gloves with a 1.272% Fibonacci projection from ¥116.09 in the shape of a shooting star and refreshing multi-year pinnacles, USD/JPY tumbled 1.2 percent last week. While a modest recovery developed in recent trading, the path of least resistance remains to the downside towards support at ¥112.16.

Friday pencilled in a hammer pattern and, despite being void of an obvious technical floor, attracted a bullish following on Monday. Upstream has Quasimodo resistance to target at ¥116.33, whereas downstream shines light on demand at ¥112.66-112.07, tailed closely by a decision point from ¥111.18-111.79 and the 200-day simple moving average at ¥111.35.

After clipping the lower edge of a decision point at ¥113.54-113.78 (leaving Quasimodo support at ¥113.22 unchallenged) last week, subsequent price movement climbed to within a stone’s throw from Quasimodo support-turned resistance at ¥114.71.

Early London hours watched price action retest support at ¥114.32 on Monday and produce a hammer pattern (bullish signal). This led the currency pair higher and directs attention to Quasimodo support-turned resistance at ¥114.83 and the ¥115 figure. Technicians will note that ¥114.83 converges closely with the H4 timeframe’s Quasimodo support-turned resistance at ¥114.71.

Counter to the weekly timeframe is the daily timeframe bonding with the lower side of the 200-day simple moving average at $1.3733 last week. Thursday assembled a shooting star candle formation (bearish signal) and Friday sailed to a low of $1.3653 with Monday extending the retracement slide.

Observed support falls in at $1.3602, aided by neighbouring trendline resistance-turned support, taken from the high $1.4250.

The relative strength index (RSI) recorded overbought conditions in line with price testing the noted SMA and has since exited the area. This is considered by many technicians a sign upside momentum is beginning to slow in which bears could take the wheel.

In terms of the relative strength index (RSI), the value formed bullish divergence out of oversold territory yesterday, a move telling short-term traders that downside momentum is currently slowing.