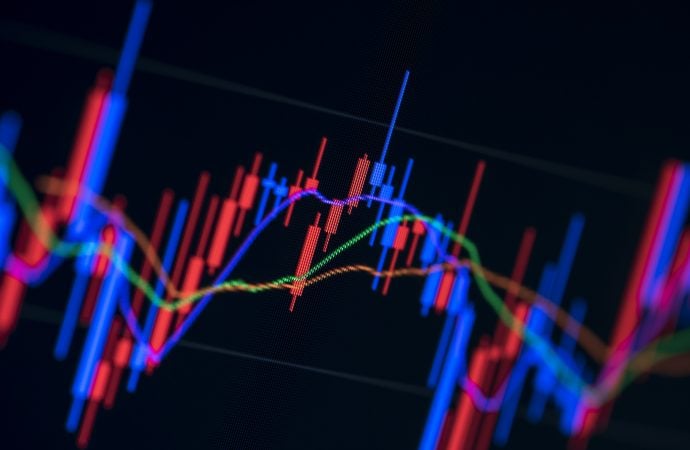 This, despite January’s current slide off 2021 pinnacles (-0.4 percent), reasons additional upside towards ascending resistance (prior support – 1.1641) may be on the horizon.

1.2125 support made an entrance heading into US trading on Thursday, and held tight, albeit experiencing a modest whipsaw to session lows. The 100-period simple moving average is currently active, circling the 1.2169 neighbourhood. Space above the noted SMA points to 1.22 resistance.

With reference to the RSI indicator’s position, the value climbed 50.00 and hovers around the 52.00 mark, as we write.

Elbowing through H1 support at 1.2125, therefore, remains a scenario worth keeping an eye on, as 1.21 may act as a magnet to price, given its connection with daily support set at 1.2095. A rebound from here, of course, would also be in line with the monthly timeframe calling for higher levels.

Momentum, as measured by the RSI oscillator, shows support at 60.00 creating a base. The indicator currently loiters around 65.00.

On account of the above, a minor correction is on the table, with dip-buyers possibly eyeing H1 trendline support/0.7750 support as a platform.

Technical observations on the H1 are as follows:

A closer reading on the H1 shows Fibonacci support at 103.24/103.32 may garner attention, as might the 104 space owing to the local confluence it brings to the table.

Should sellers regain consciousness, Monday’s swing low at 1.3450 could be challenged.

The technical scene on the H1 chart has buyers and sellers going toe-to-toe around the lower side of 1.37.

Although sellers defended 1.37 in the past, the recent downside move from the round number failed to reach the demand area listed on the H4 timeframe at 1.3576/1.3607, which suggests bid-side strength.

Skies above 1.37 appear reasonably clear until the 1.3750 resistance, arranged just under daily resistance at 1.3755.

Scope to travel north on the monthly timeframe and also on the daily timeframe (at least until resistance at 1.3755), on top of the lack of selling interest from the 1.37 region on the lower timeframes, implies a break of 1.37 is in the offing, with 1.3750 resistance targeted (plotted on H1 chart).