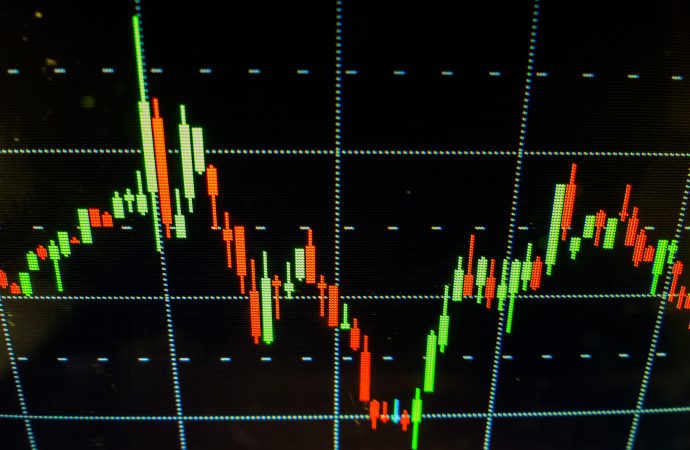 Consequently, resistance elbowed into the spotlight at $1.1473-1.1583 on Thursday. In light of its long-standing position (S/R since late 2017), sellers making a show from here is (technically speaking) a reasonable assumption.

Adding to the above, the pair took out 2nd November low (2020) at $1.1603 in late September (2021), suggesting the early stages of a downtrend on the weekly timeframe. This is reinforced by the monthly timeframe’s primary downtrend since mid-2008.

A closer reading of price action on the daily timeframe, however, reveals the 7-month trendline resistance welcomed a breach, extended from the high $1.2254. Additional recovery gains emerging on the back of this shines the technical spotlight on Quasimodo resistance at $1.1667, shadowed by the 200-day simple moving average at $1.1734.

Regarding momentum, the relative strength index (RSI) is on the doorstep of indicator resistance at 63.66, tucked just under overbought territory.

Trend on this scale has been lower since June 2021. A decisive breach of the noted trendline, nonetheless, could alter this bias.

Weakening US Treasury yields and sustained softness across the dollar space Thursday lifted EUR/USD from support at $1.1438 to Fibonacci resistance between $1.1506 and $1.1476. Note that the 1.272% Fibonacci projection at $1.1476 is commonly referred to as an ‘alternate’ AB=CD formation (extended D leg).

The Fibonacci zone overlapping the lower edge of weekly resistance from $1.1473-1.1583 echoes a bearish tone and may weigh on upside attempts north of daily trendline resistance.

Quasimodo resistance-turned support at $1.1452 (plotted above demand at $1.1438-1.1445) entered the frame heading into US hours on Thursday, commanding attention to the $1.15 figure overhead.

Following the near-test of resistance at 82.37 on the relative strength index (RSI), the indicator’s value departed overbought space and highlights the possibility of the 50.00 centreline being challenged.

In light of weekly and H4 resistance likely overriding the H1 and daily timeframes suggesting buying, chart studies indicate bears may make an appearance, targeting H4 support at $1.1438, followed by $1.14 on the H1.

Continued interest lower down places Quasimodo resistance-turned support on the radar at $0.7250.

As evident from the H1 chart, short-term action whipsawed above $0.73 to test the H4 timeframe’s prime resistance at $0.7323-0.7308. This appears to have been a ‘typical’ stop run on ‘buy-stops’ above the psychological figure. Technicians will also see the stop-run was accompanied by the relative strength index (RSI) producing bearish divergence. The indicator is now closing in on the 50.00 centreline.

After touching gloves with a 1.272% Fibonacci projection from ¥116.09 and refreshing multi-year pinnacles, bearish movement travelled under resistance-turned support from ¥114.38. Support at ¥112.16, therefore, warrants attention as the next downside objective on this scale.

Trendline support, taken from the low ¥112.56, was overthrown amid US trading on Thursday, exacerbating the ongoing decline seen so far this week.

Asia trading may continue to form support off ¥114, though heading into London and early US trading (retail sales figures) additional liquidity may squeeze remaining bids from the market and proceed in the direction of the decision point at ¥113.67-113.76.

Thursday shook hands with the 200-day simple moving average at $1.3733, following two back-to-back bullish days that not only confirmed trendline resistance-turned support, taken from the high $1.4250, but also dethroned $1.3602 resistance.

Technical eyes will also acknowledge Thursday’s response from the noted SMA finished in the shape of a shooting star candle, a bearish signal among candlestick enthusiasts.

Alongside the relative strength index (RSI) registering overbought conditions, H1 price tested Quasimodo support-turned resistance at $1.3739 and held into the closing bell Thursday. Downside targets rest at support from $1.3627, the $1.36 psychological figure and demand at $1.3580-1.3600.

RSI analysis also dropped through the 50.00 centreline ahead of the close, informing short-term traders that average losses in this market exceed average gains: negative momentum.

The daily timeframe connecting with the 200-day simple moving average at $1.3733 and forming a shooting star candlestick pattern bolsters further selling on the H1 scale from Quasimodo support-turned resistance at $1.3739 towards H1 support at $1.3627. Though before reaching this far south, traders will consider H4 support at $1.3668 and H4 trendline support, drawn from the low $1.3173.