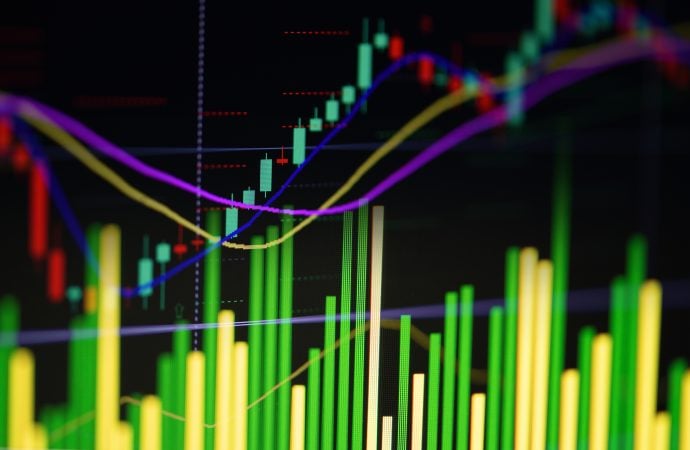 Following the break of long-term trendline resistance (1.6038) in July, and subsequent break of supply at 1.1857/1.1352 in August, buyers made an entrance heading into the close of 2020 and recorded fresh multi-month highs. This, despite January’s current slide (-0.5 percent), reasons additional upside towards ascending resistance (prior support – 1.1641) may be on the horizon.

The 100-period simple moving average arranged around 1.2217 proved too much for breakout buyers above 1.22 on Wednesday.

Following a bearish outside reversal, early London burrowed through 1.22 to touch lows at 1.2140, a few pips ahead of 1.2125 support and neighbouring 1.21 support.

In terms of where we stand on the RSI indicator, hidden bearish divergence from overbought space saw the value fall sharply in recent trading, taking over support at 42.21. As we write, the indicator hugs the lower side of the said support (now possible resistance).

H4 support at 1.2164 echoes a vulnerable tone right now. Aside from buyers struggling to overturn nearby resistance at 1.2214, the monthly, daily and H1 timeframes show room to navigate deeper water.

The near-retest of 0.7647 support produced a spirited bull candle Tuesday, settling a touch south of session highs. This, however, failed to spark follow-through momentum on Wednesday, finishing lower by half a percent.

Taking into account the prevailing uptrend (since March 2020), and monthly price taking aim at higher peaks, light remains fixed on supply at 0.7937/0.7890.

Momentum, as measured by the RSI oscillator, shows support at 60.00 creating a base.

US trading on Wednesday, as you can see, gripped the lower side of 0.7750 resistance, forcing short-term trade beneath the 100-period simple moving average, currently circling 0.7738.

It may also interest traders to note the RSI indicator retested a familiar S/R level at 48.00, unlocking a possible visit to oversold space.

In light of the above analysis, H4 trendline support could prove meaningful, an ascending base coinciding with the 0.77 level on the H1.

Mid-way through European trading on Wednesday, price entered into a narrow consolidation between the 100-period simple moving average at 103.98 and demand at 103.72/103.79 (prior supply).

Momentum, according to the RSI indicator, is struggling as the value recently drifted back beneath 50.00.

Room to push higher on the bigger picture could fuel a bullish assault above 104 (H1) today to take another crack at 104.16 resistance on the H4.

Scope to travel north on the monthly timeframe, and also on the daily timeframe (at least until resistance at 1.3755), stands H4 demand at 1.3576/1.3607 (and associated H1 confluence) in position to receive any dip-buyers in the market today.