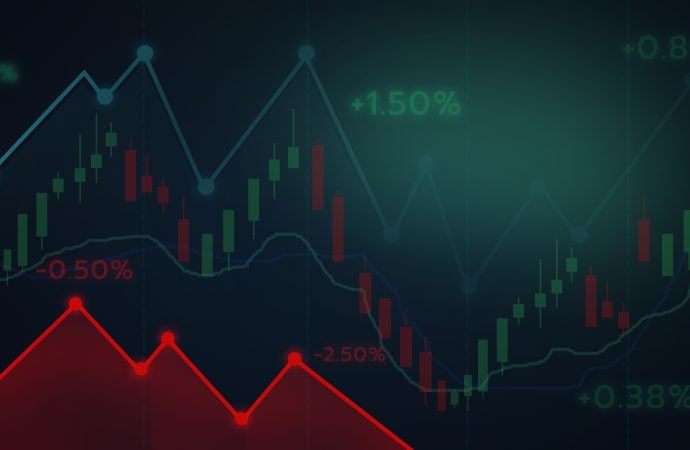 Following the break of long-term trendline resistance (1.6038) in July, and subsequent break of supply from 1.1857/1.1352 in August, buyers made an entrance heading into the close of 2020 and recorded fresh multi-month highs. This reasons additional upside towards ascending resistance (prior support – 1.1641) may be on the horizon.

EUR/USD gleaned impetus on the back of USD softness Tuesday, a touch ahead of 1.2095 support. Snapping a three-day losing streak, the shared currency could attempt to invade recently printed 2021 pinnacles around 1.2349 (formed after crossing paths with a descending wedge pattern’s [1.2011/1.1612] take-profit target at 1.2318 [yellow]).

In terms of the RSI indicator, the value is establishing support off the 50.00 centreline.

After bringing down trendline support (1.1602) in the latter half of last week, the beginning of this week addressed notable S/R at 1.2164, derived from as far back as January 2018. Traders will have also noted the support level joined forces with a number of Fib levels at 1.2154/1.2167.

As you can see, with the help of USD weakness, 1.2164 delivered a platform for buyers to work with on Tuesday. Resistance may show around 1.2214, with a break shining light on an ascending resistance (NOT considered a trendline resistance), drawn from December 9 trough at 1.2058.

The technical assessment on the H1, therefore, implies buyers may retest the recently breached areas (1.2197/1.2181 and 1.22) and raid aforementioned resistances.

Monthly price seeking higher ground could stir further buying on the H4 above resistance at 1.2214, which, by extension, pulls H1 action north of 1.22.

However, the threat of a dip to 1.2095 daily support remains a possibility. Buyers also have to take into account H1 RSI recently established bearish divergence, along with the H1 chart displaying a number of resistances above 1.22.

Momentum, as measured by the RSI oscillator, shows that although the indicator exited overbought terrain, support at 60.00 is seen creating a base.

What’s also interesting is the RSI indicator dethroned trendline resistance and is now within shouting distance of overbought levels.

With reference to technical levels residing on the daily chart, support is seen at 103.08, with buyers likely to welcome trendline resistance (111.71) should moves higher develop.

Despite an earnest attempt to maintain a presence above support at 104.16, bids were clearly light.

The picture coming out of the RSI indicator right now shows the value exiting oversold territory following a 44.40 support breach.

The monthly timeframe shows 104.62 is likely to still be retested before reaching for 101.70 support. The daily timeframe, on the other hand, could pop either way at the moment.

Following Monday’s near-visit of demand at 1.3401/1.3446 (and associated Fibs), buyers, as you can see, extended recovery gains Tuesday with price action now threatening to retest resistance at 1.3711 and surrounding Fib levels.

In terms of the RSI indicator’s position, the value recently entered its overbought area which suggests upside momentum could diminish.

The arrangement of H4 resistance at 1.3711 and the 1.37 level on the H1 is an area that may be on the radar for sellers today. Though bearish flow may be light, having seen monthly and daily price indicate moves to at least 1.3755 daily resistance.