January 12th 2022: Technical Outlook Ahead of US CPI Data 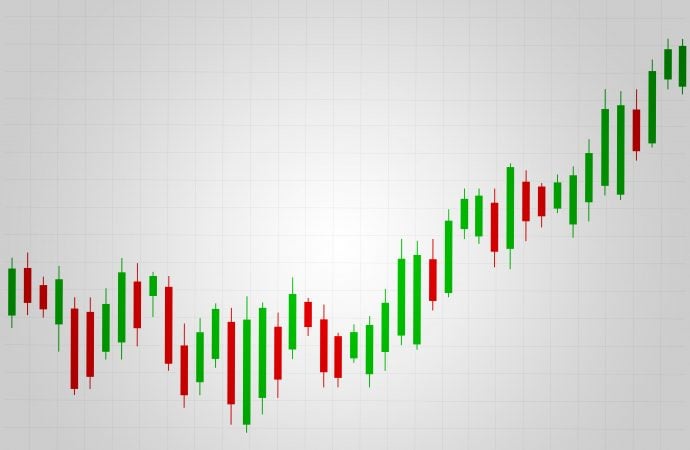 Quasimodo support drawn from mid-June at $1.1213 (positioned beneath the weekly timeframe’s Fibonacci structure) made an entrance on 24th November (2021) and remains committed. Trendline resistance, extended from the high $1.2254, remains overhead.

Key levels to be mindful of on the H4 scale:

Alongside the above technical resistance, the relative strength index (RSI) is on the doorstep of overbought levels. Indicator resistance is also present at 82.37.

Shorter term, H4 resistance at $1.1379 is key right now, a level reinforced by a number of Fibonacci points on H1 and H4 timeframes (see above).

As of current trade (US afternoon Tuesday), the currency pair is within a stone’s throw from trendline support-turned resistance, taken from the low $0.6993, and a 61.8% Fibonacci retracement at $0.7222. Furthermore, an AB=CD bearish formation is positioned within the aforementioned zone (black arrows), adding weight to the zone.

Assuming a resistance breach, the technical pendulum swings in favour of a continuation to Quasimodo support-turned resistance at $0.7287.

In conjunction with H4 resistances, H1 dethroning $0.72 unlocks the technical door towards Quasimodo support-turned resistance at $0.7229 which dovetails closely with H4 levels.

On top of said resistances, the relative strength index (RSI) is nearing overbought territory, a space short-term sellers will be watching closely for signs of bearish intent on the price chart.

Quasimodo resistance at ¥116.33 made a show early last week, influencing a modest ‘throwback’. Taking the market’s current trend into account (north), the ¥116.33 reaction prompting a dip-buying phase from ¥114.97 remains a possibility, a Quasimodo resistance-turned support.

Together with the above price analysis, the relative strength (RSI) is fast approaching support between 40.00 and 50.00 (a ‘temporary’ oversold range since 10th May).

Two nearby Quasimodo resistance-turned support levels at ¥115.15 and ¥115.24 put in an appearance in recent trading. Due to higher timeframe resistances weighing on upside sentiment, a follow-through bullish move from noted supports is questionable.

Quasimodo support-turned resistance at ¥115.59 welcomed price heading into US hours on Tuesday and established a technical ceiling. This directs the spotlight towards the ¥115 figure, a level underlined in Tuesday’s technical outlook. You may recall ¥115 joins hands with a 1.618% Fibonacci projection and a Quasimodo support (left shoulder [black arrow]). Also of importance is ¥115 benefitting from the daily Quasimodo resistance-turned support at ¥114.97.

Note also that just south of the psychological number, a 100% Fibonacci projection at ¥114.90 is stationed nearby, followed by Quasimodo support at ¥114.83.

Technically, support between daily Quasimodo resistance-turned support at ¥114.97 and ¥115 on the H1 (and associated H1 confluence) remains on the radar.

Though as highlighted in recent analysis, traders are urged to pencil in the possibility of price whipsawing through ¥115 to the H1 100% Fibonacci projection at ¥114.90 and H1 Quasimodo support at ¥114.83, before a bullish attempt takes shape.

The beleaguered resistance at $1.3629-1.3456 appears to be hanging by a thread. Could the recent bid—ahead of the double-top pattern’s ($1.4241) profit objective around $1.3093 (red boxes)—be the beginning of a dip-buying phase, in line with the weekly timeframe’s current uptrend?

It’s important to recognise that while the trend on the weekly timeframe demonstrates an upside bias, the monthly timeframe’s long-term trend has been lower since late 2007.

Trendline resistance-turned support, taken from the high $1.4250, currently underpins GBP/USD and guided the pair above resistance at $1.3602 on Tuesday. Recent action, assuming support forms, swings the pendulum in favour of buyers, tipping the weight towards the 200-day simple moving average at $1.3733 and underlines weakness within weekly resistance mentioned above at $1.3629-1.3456.

The relative strength index (RSI), unsurprisingly, is on the brink of shaking hands with overbought levels. Note the indicator has not visited overbought since February 2021.

Demand is equally important to note at $1.3428-1.3444. As a result, if sellers regain consciousness, traders may witness a dip back to the aforementioned demand zone.

The relative strength index (RSI), as you would expect, trades nearby overbought terrain, ‘suggesting’ short-term buying may level off in today’s sessions.

Long term, GBP/USD bulls appear to be gaining the upper hand above daily resistance at $1.3602.