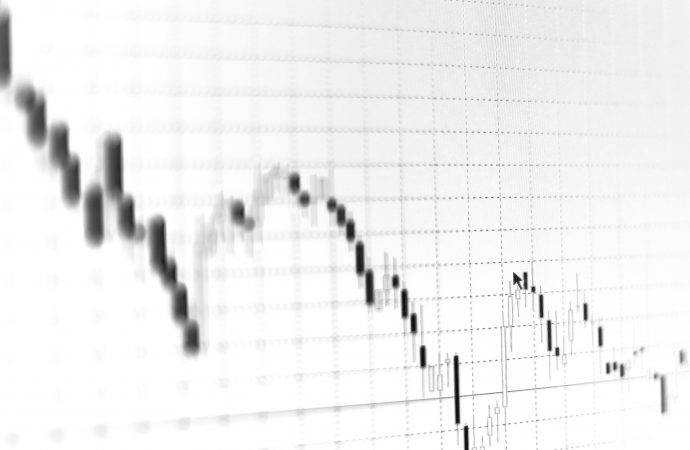 In terms of the RSI indicator, following the formation of bearish divergence, the value is seen attempting to cross through the 50.00 centreline.

RSI fans may also see the indicator is currently rangebound between resistance at 42.21 and the 30.00 oversold level.

Thanks to further weakness materialising on Monday, extending south of recent 2021 peaks, AUD/USD is poised to test the resolve of 0.7647 support.

Momentum, as measured by the RSI oscillator, shows the indicator exited overbought terrain in recent trading.

Below the aforesaid supports, another demand is centred around 0.7600/0.7625. This is considered an important zone, with it being here a decision was made to breakout higher and take on offers around the 0.7639 December 17 high.

Although the rebound from the aforesaid demand was relatively spirited, price is seen crossing back beneath 0.77, threatening to retest demand and possibly make a run for support at 0.7623.

The RSI indicator tested oversold space on Monday, and recently generated a modest correction ahead of 50.00 and trendline resistance.

Interestingly, the H4 demand at 0.7665/0.7644 connects not only with H4 trendline support but also daily support from 0.7647. This confluence, therefore, may draw in dip-buyers.

Over the course of four consecutive bullish candles, price recoiled from support at 103.08 and is now within close range of welcoming trendline resistance (111.71), with a break unmasking supply at 106.33/105.78 and the 200-day simple moving average.

Having seen H4 action retesting 104.16, buyers may attempt to make an entrance from this region today.

Demand at 104.03/104.10 (seated just above 104 support), formed in early trading on Monday, provided short-term buyers a platform with which to work with. The next upside resistance falls in around 104.50.

The picture coming out of the RSI indicator right now shows 44.40 support is in sight, with the value lifting above 50.00.

Higher timeframe action proposes a move to the lower side of the monthly descending triangle pattern at 104.62, aligning with daily trendline resistance.

Yet, through the simple lens of a technical trader, buyers appear to be losing grip. The initial reaction (black arrow) achieved modest highs at 1.3671, though subsequent reactions failed to challenge said peaks, implying sellers possibly have the upper hand here. Drifting through the aforesaid demand gestures a possible continuation to demand at 1.3401/1.3446 (aligns with a 161.8% Fib projection at 1.3441 and a 50% level at 1.3447).

Demand at 1.3435/1.3461 stepped forward as we transitioned into US trading on Monday, providing enough of a platform for buyers to overturn 1.35 resistance.

Overhead, 1.3550 resistance is seen, and represents a level of strength having noted the number of times the figure held as support since early January.